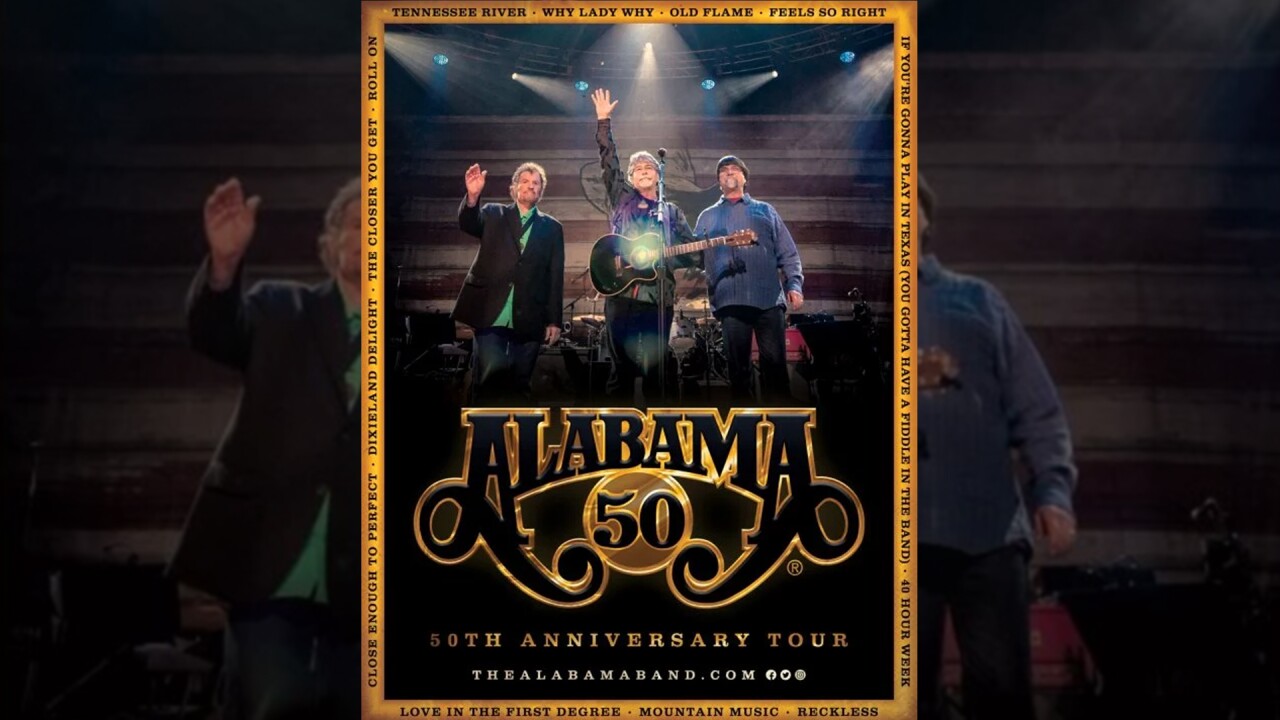 The show will take place next year at Bridgestone Arena on Friday, July 17. But due to such high demand, they've also added a second show.

They will play the next day, Saturday July 18. Band members Jeff Cook, Teddy Gentry and Randy Owen have recruited Country Music Hall of Famer Charlie Daniels to join them at both events.

"We know fans will be thrilled that ALABAMA and the Charlie Daniels Band were able to add this second night at Nashville's Bridgestone Arena," says Outback Presents company President Mike Smardak. "It's a honor for Outback Presents to be the promoter of this magical weekend."

Tickets for the second concert go on sale this Friday, November 22 at 10 a.m. / CT and will be available for purchase by Ticketmaster, by phone at 800-745-3000, all Ticketmaster locations and the Bridgestone Arena box office.