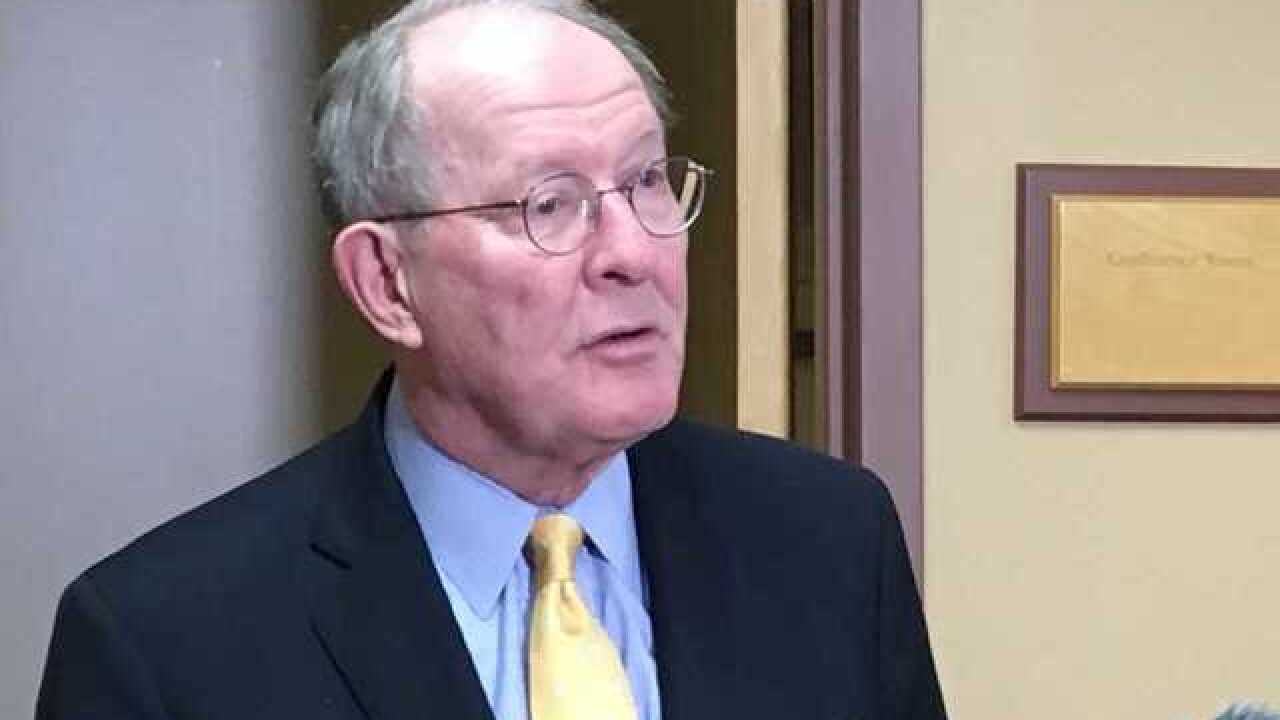 Republican Sen. Lamar Alexander says he was disappointed when Sen. Bob Corker decided not to seek re-election and they have talked about his decision whether to reconsider. But Alexander claims he hasn't urged Corker to run again and is "staying out of it."

Alexander's comments to reporters Tuesday come as Corker's camp says he's "listening closely" to those encouraging him to reconsider.

Republican Rep. Marsha Blackburn's campaign for Corker's seat has said anyone who thinks she can't win is a "plain sexist pig," saying they aren't worried about "these ego-driven, tired old men."

Asked about those comments, Alexander chuckled, saying he "just assumed they were talking about somebody else."