Alexander urges Trump to wear a mask, says ‘stakes too high’ for debate to continue 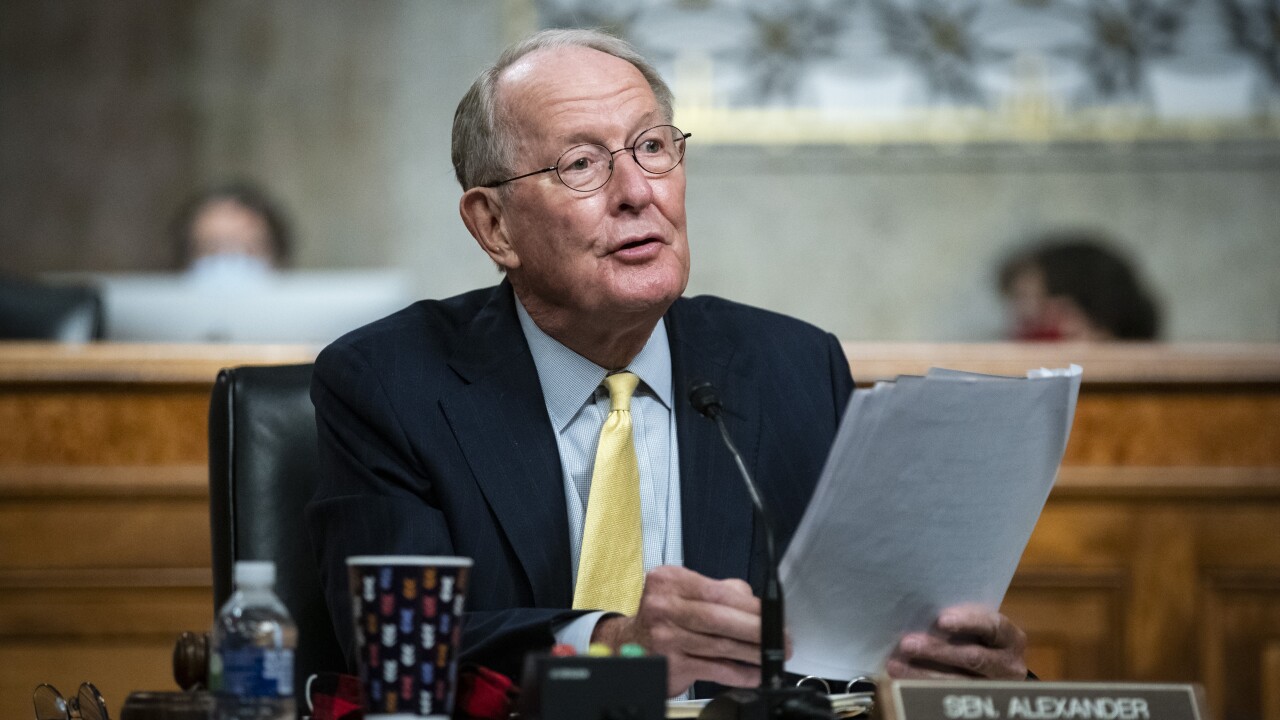 Alexander made the remarks Tuesday before the Senate Committee on Health, Education, Labor, and Pensions (HELP).

“Unfortunately this simple lifesaving practice has become part of a political debate that says: If you're for Trump, you don't wear a mask. If you're against Trump, you do,” Alexander said. “That is why I have suggested the president should occasionally wear a mask even though there are not many occasions when it is necessary for him to do so. The president has millions of admirers. They would follow his lead.”

Alexander said K-12 children and college students returning to classes in the fall would help the country return to some “normalcy,” but strongly urged Americans to wear a mask and continue social distancing.

“If you want college football to return this fall, like I do, listen to the words of the University of Tennessee’s Athletic Director, Phillip Fulmer who told fans how they can help make that happen: ‘If you really, really want sports, football, and all those things, then wear a mask and keep social distancing,’” Alexander said.

Some of the nation’s top medical experts, including Dr. Anthony Fauci, also spoke during the hearing. Fauci said he's "very disturbed" by the recent spike in cases, adding that it's conceivable that the U.S. could see as many as 100,000 new infections a day should trends continue.