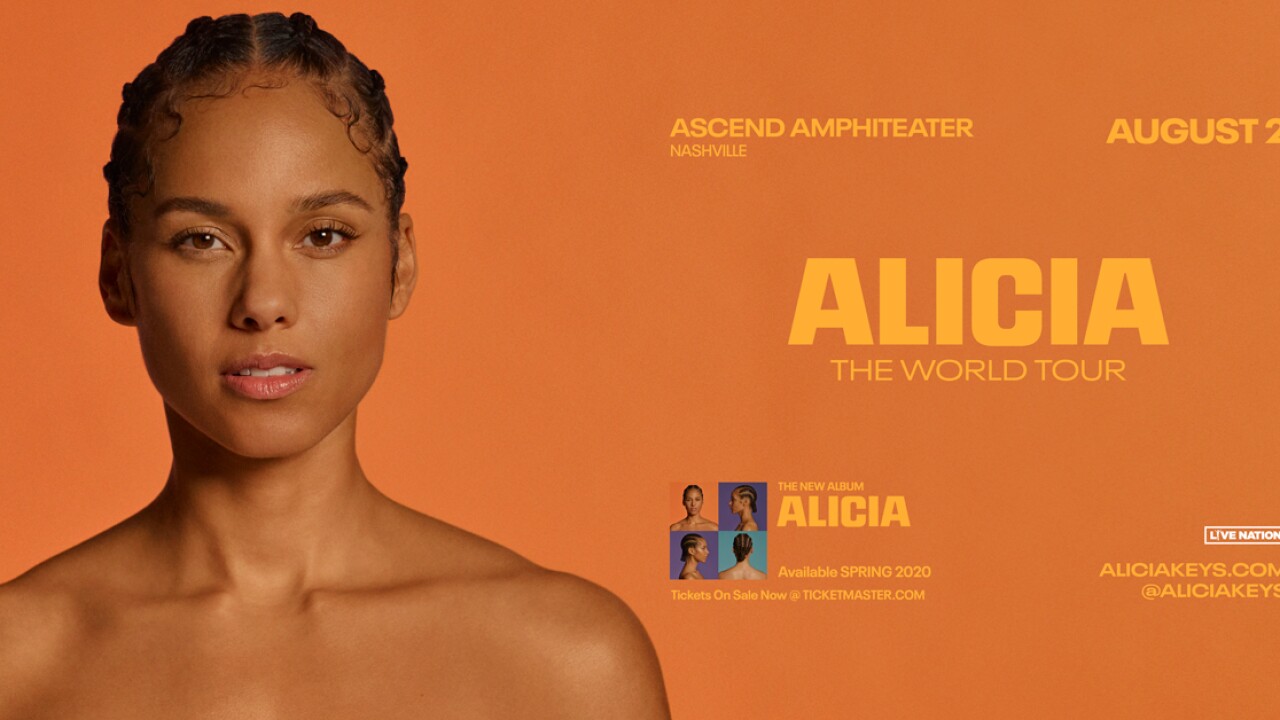 NASHVILLE, Tenn. (WTVF) — Alicia Keys is returning to the stage this year and bringing her world tour to Nashville.

The 15-time Grammy winner announced Monday night that her seventh album “ALICIA” will be released in March. Her world tour kicks off in June and makes its way to North America in July.

She’s making a stop at Ascend Amphitheater on Saturday, August 2. Tickets go on sale to the general public on January 27.

Keys will be returning to host the Grammy Awards on Sunday, January 26 on NewsChannel 5.