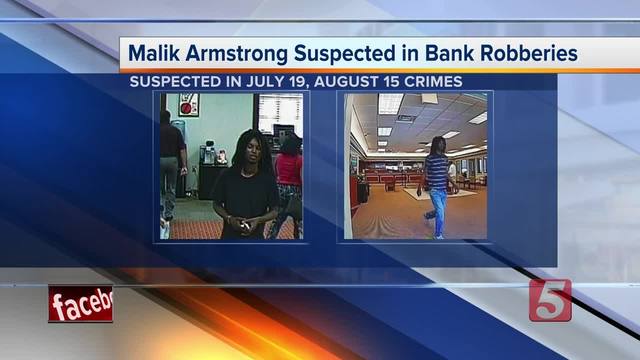 A man accused of robbing two Nashville banks just one mile from each other has been arrested in West Tennessee. 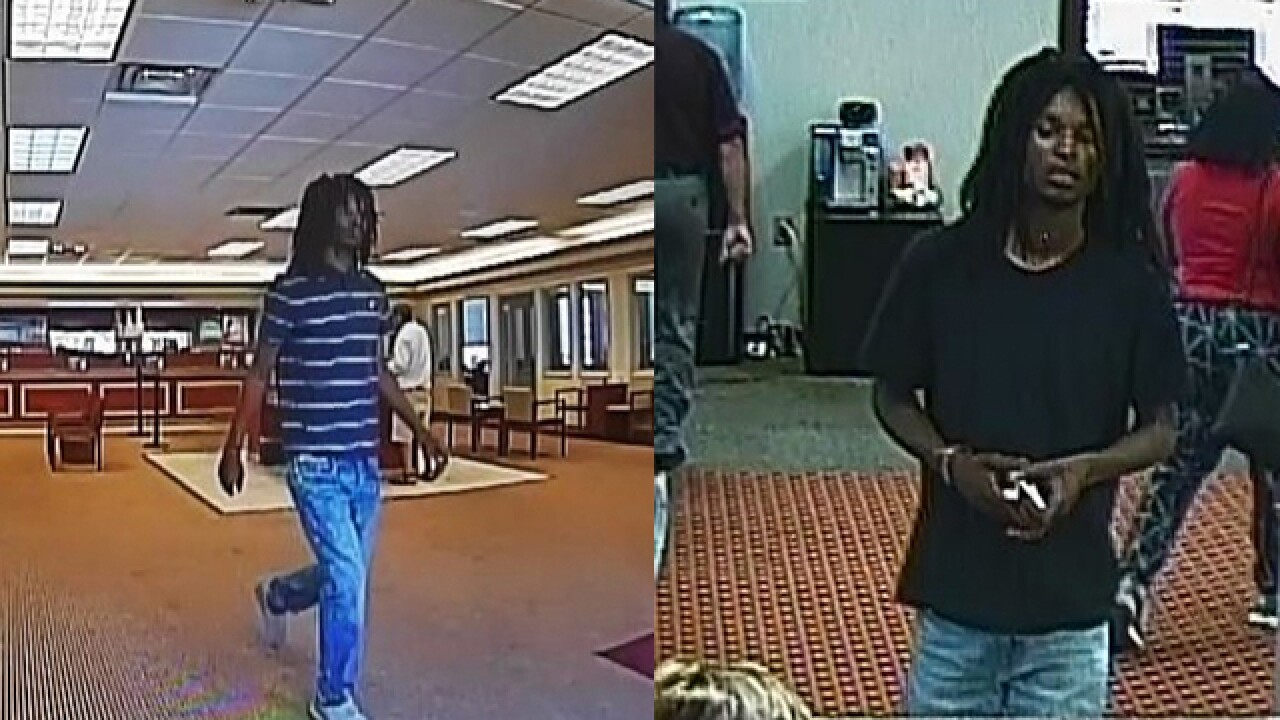 A man accused of robbing two Nashville banks has been arrested in West Tennessee.

Malik Armstrong allegedly robbed a Fifth Third Bank branch on July 19 and a U.S. Bank branch on August 15. Both are located on Bell Road, only a mile apart from each other.

Metro Nashville Police said he was arrested in Greenfield, located in Weakley County.

Police said he robbed both locations in the same manner – he slipped a note to a teller demanding money, threatening to shoot the person if he or she didn't hand over the money.