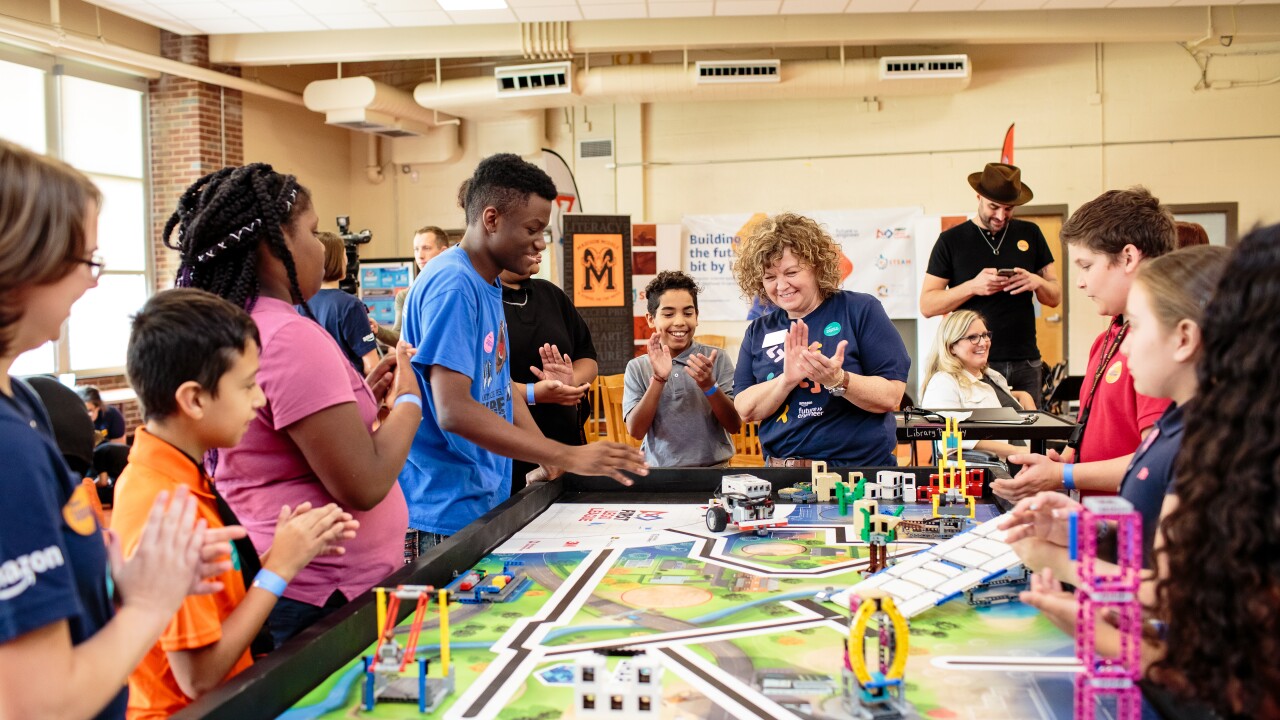 The announcement was held at Madison Middle School, where Amazon founder, CEO and president Jeff Bezos showed up to discuss the new partnership.

Amazon is providing 21 elementary, middle and high schools with robotics programming. This will include funding to start FIRST robotics clubs, as well as $10,000 to allow greater access to computer science at each of the schools. This could mean anything from field trips, hardware and technology upgrades, to access to a tour of an Amazon robotics fulfillment center.

To coincide with the MNPS partnership, Amazon is also going to expand its funding of Intro and AP computer science courses to 45 high schools across Tennessee, including three in the MNPS district.

Also provided with Amazon's funding are preparatory lessons, tutorials, professional development for teachers, fully sequenced and paced digital curriculum for students and live online support every day of the week for both teachers and students.

Students enrolled in the program will receive a free membership to AWS Educate, giving them access to computing power in the AWS Cloud, for coding projects and content to assist in learning about cloud computing.

During the announcement event at Madison Middle School today, students participated in FIRST activations, to see what they can experience as part of an Amazon Future Engineer program.

FIRST is the curriculum provider for Amazon Future Engineer grants. Their mission reads, "to inspire young people to be science and technology leaders and innovators by engaging them in exciting mentor-based programs that build science, engineering and technology skills to students in grades K-12."

The Amazon Future Engineer program is a four-part, childhood-to-career program. The hope for it is that it inspires and educates students in underrepresented communities, giving them a chance to try computer science and coding.

Below is a list of MNPS schools and the programs Amazon is bringing them:
Robotics Elementary Schools

More information on the Amazon Future Engineer program can be found here.