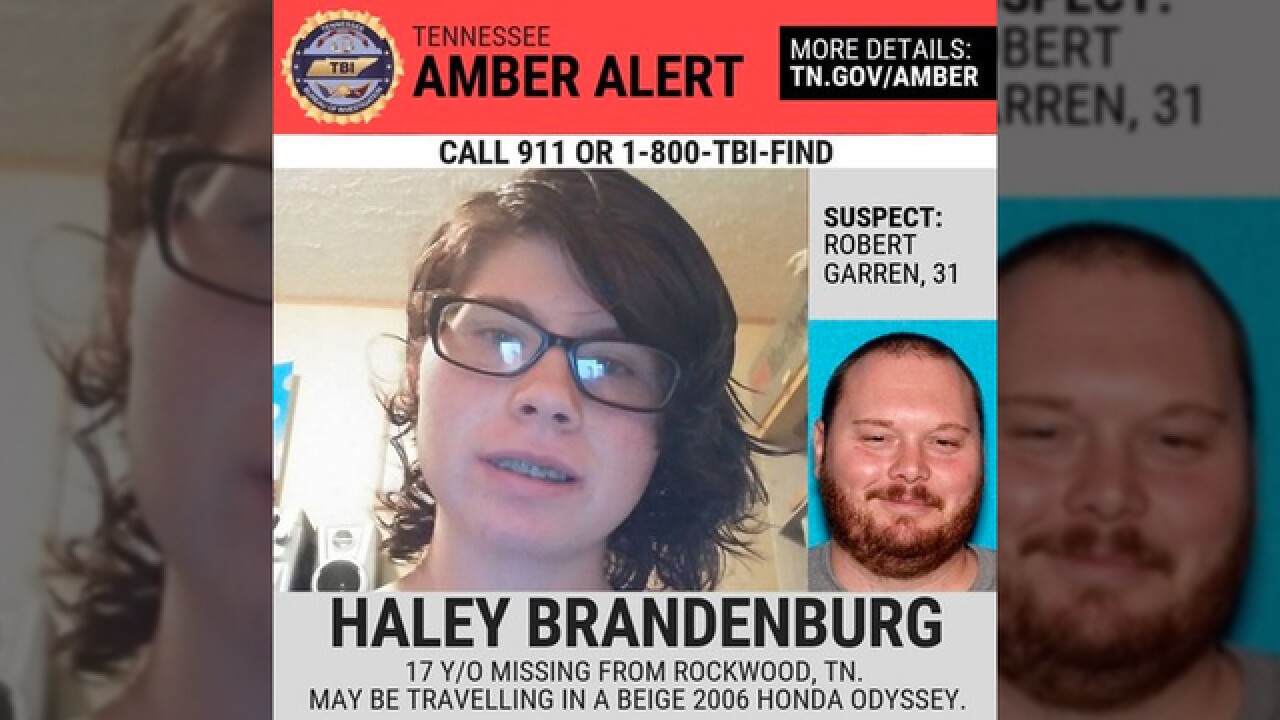 An AMBER Alert has been canceled after an East Tennessee teenager was found safe.

The Tennessee Bureau of Investigation said Saturday that Haley Brandenburg has been found safe in Henry County, Georgia.

We're happy to report that Haley has been found in Henry County, GA, and is safe! The AMBER Alert is canceled. Robert Garren is currently in custody. Thanks to everyone who helped get the word out about efforts to find Haley. pic.twitter.com/lvOvEsvIjl

The suspect in her disappearance, Robert Garren, was taken into custody.

The alert was issued for the Roane County teen on Thursday. Early Friday, the Rockwood Police Department reported the van the two had been traveling in was found abandoned in Chattanooga.

No additional details were immediately available.