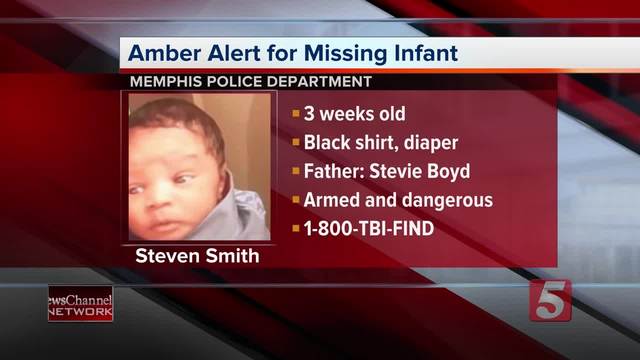 The Tennessee Bureau of Investigation issued an Amber Alert early Wednesday for a missing Memphis baby. 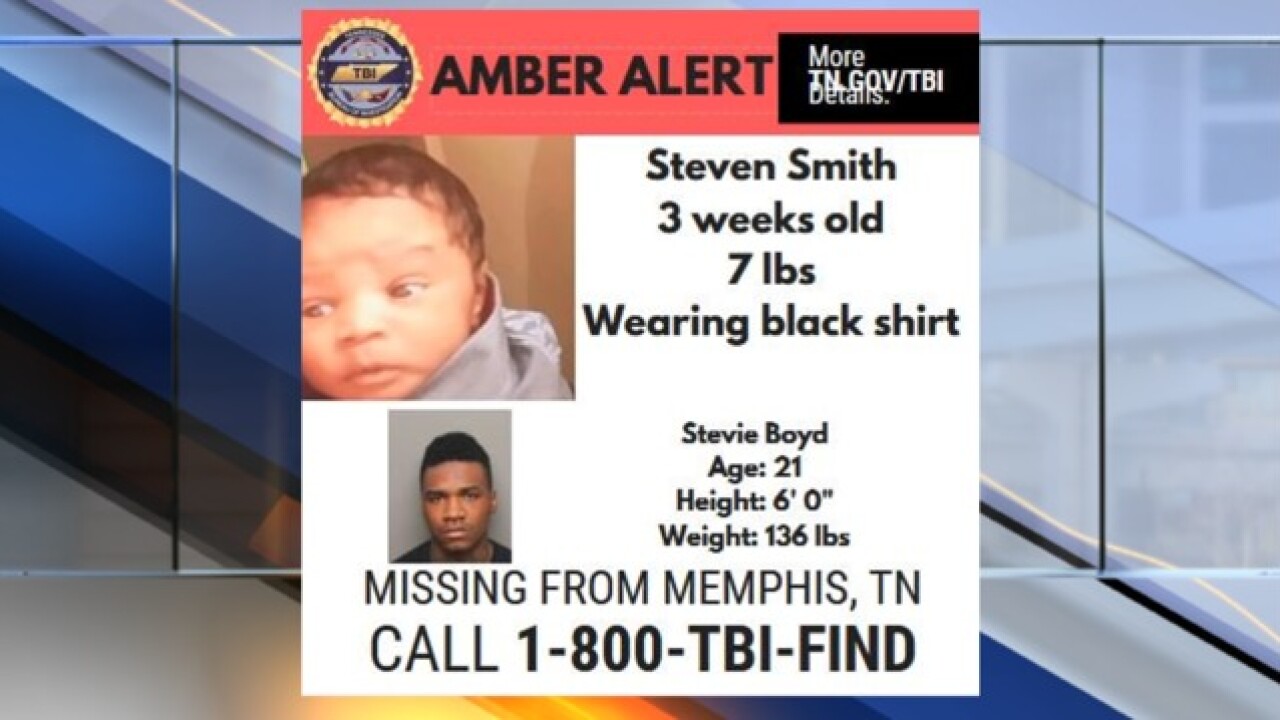 An AMBER Alert has been canceled after a Memphis baby was found safe.

The Tennessee Bureau of Investigation said Steven Smith was taken by his non-custodial father, Stevie Boyd.

GREAT NEWS! Steven Smith has been recovered, and is SAFE! Stevie Boyd is currently in police custody in Memphis. Thanks to all for the RTs, in helping get this child recovered. pic.twitter.com/W3HyiHzVgT

Memphis CBS affiliate WREG reports Boyd fired shots at the baby's mother before taking off with the child. He was seen running away from the scene.

Boyd has since been taken into custody.