26 signs going up, 1 for every year of Taylor's life 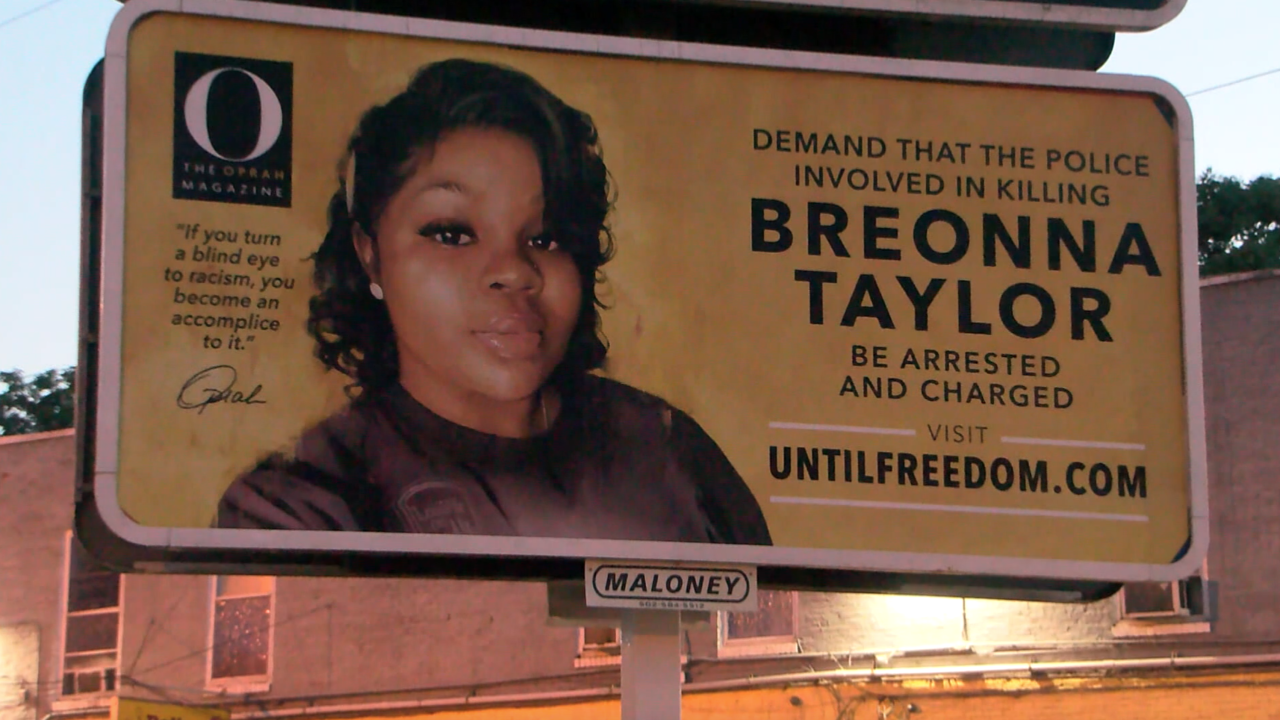 LOUISVILLE, Ky. – Oprah Winfrey is using her influence to push for justice in the police killing of Breonna Taylor.

The media mogul is having dozens of billboards installed around the city of Louisville, WAVE reports. A total of 26 signs are going up, one for every year of Taylor’s life.

The billboards encourage onlookers to “demand that the police involved in killing Breonna Taylor be arrested and charged.”

The signs also encourage people to visit the website for Until Freedom, a social justice organization created to address systemic and racial injustice.

26 billboards - for every year of life of #BreonnaTaylor erected in Louisville, KY.

Kentucky will not forget her name. We will get justice for Breonna. pic.twitter.com/rOM2bhVdAy

The erecting of the signs isn’t the first action Oprah has taken in the call for justice. She also honored Taylor by featuring her on the front of her O Magazine’s September issue, the first person besides Oprah herself to be on the cover of the publication.

#BreonnaTaylor for our September cover. pic.twitter.com/yyulcONtgv

Taylor died on March 13 after three Louisville police officers executing a search warrant used a battering ram to enter her home. The 26-year-old emergency room technician and her boyfriend were in bed. After a brief exchange, Taylor’s boyfriend reportedly fired his gun and then police fired shots, striking Taylor at least eight times. She died in the apartment hallway.

Since Taylor’s death, protests have been held across the country, demanding that the officers involved be charged in her killing. Many celebrities other than Oprah have also used their platforms to call for action.

For now, the shooting is under investigation by the FBI and Kentucky Attorney General Daniel Cameron. Both are deciding whether criminal charges are warranted in the case.