America's rural hospitals are in crisis and it's devastating Middle Tennessee 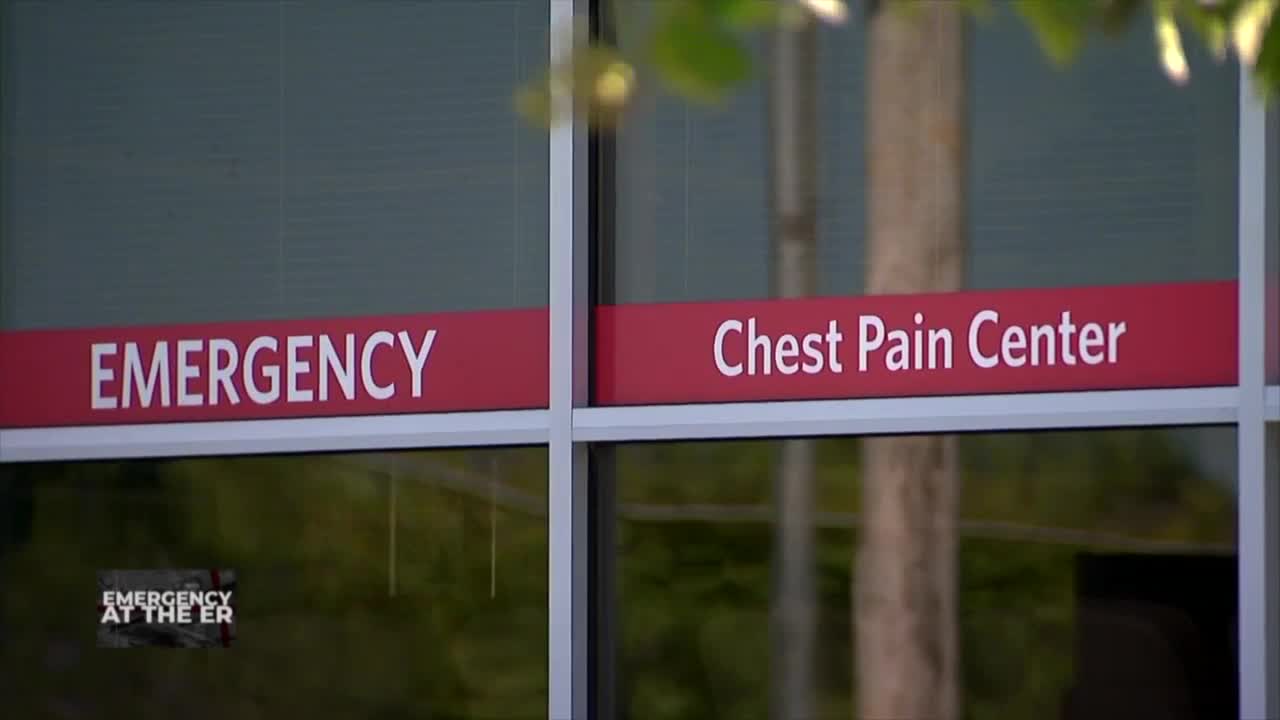 America's rural hospitals are in crisis and it's devastating Middle Tennessee. 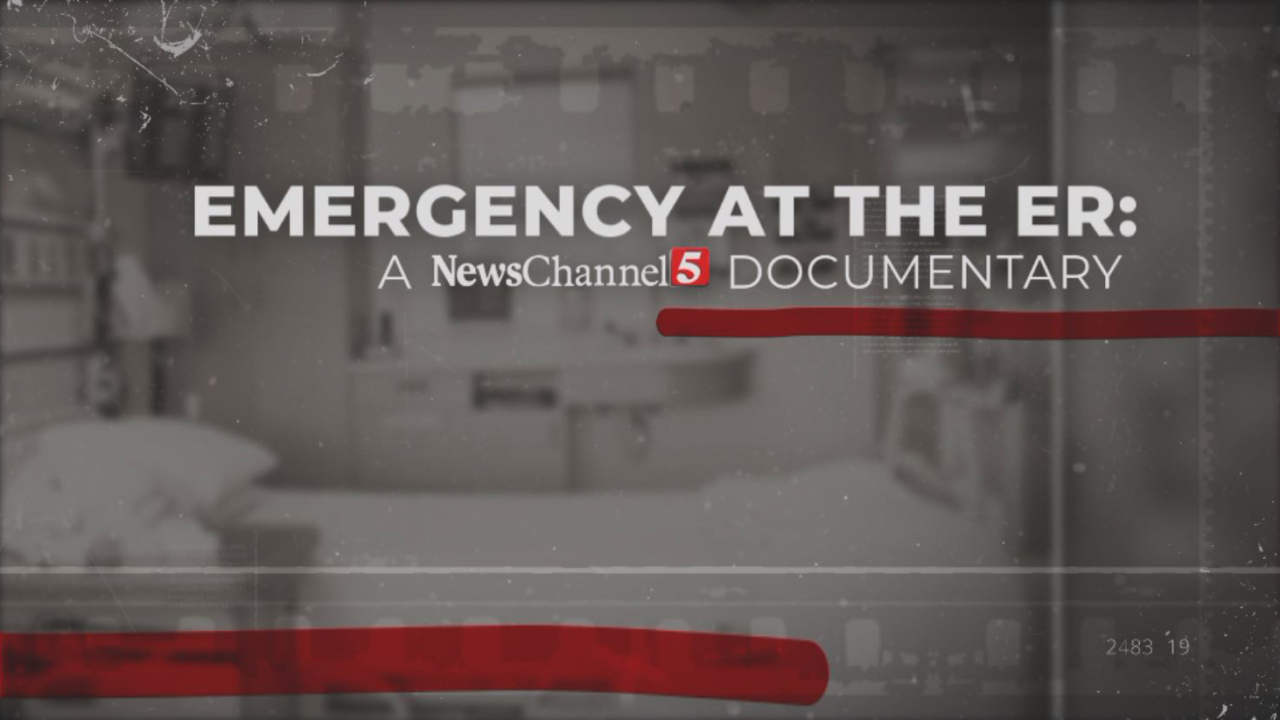 As the clot in the back of her neck began to move to her brain, the family of Lotie Crouch could see the signs that the 75-year-old was having a stroke. But from the time her symptoms started to the time she got to an emergency room nearly 120 precious minutes had passed.

There is no longer a hospital in the county where Lotie Crouch lives.

When Crouch’s granddaughter Haelee Stockton called 911 she knew the family’s options were limited. An ambulance came to pick the beloved grandmother up at her home in Pal Mal, Tennessee a small town in Fentress County. But with the closure of Jamestown Regional Medical Center, the county’s only hospital earlier this year, the closest ER was a 55-minute drive away.

Critical minutes needed to treat her stroke were lost.

It has become a life or death situation in Tennessee’s poorest counties. When Jamestown Regional closed on June 13, 2019 it joined a growing list of rural hospitals suffering a similar fate. At least 12 rural hospitals have closed across the Volunteer State since 2013, leaving 21 counties without immediate access to an emergency room.

Watch the full documentary in the video at the top of the story. Shorter cuts of the documentary are available below throughout the story.

Paramedics decided Crouch’s condition was so serious that she needed to be taken by helicopter to Knoxville. There was a brief scramble as first responders searched for a suitable place for an Air-Evac helicopter to land. Eventually, Crouch was brought to a soybean field behind the Alvin C. York historical house where she was loaded into a helicopter and flown away.

Fields in rural America have now taken the place of emergency rooms.

“I was sick to my stomach, I was in fear because I thought, ‘There’s no hospital for her to go to.’ She lost time, she lost a lot of time that was crucial,” Stockton said.

WATCH BELOW: Fields in rural America are taking the place of emergency rooms

Had Jamestown Regional Medical Center still been open, Crouch could have received emergency medical care from a doctor in under 20 minutes. Instead nearly two hours ticked away before she arrived at the Knoxville hospital. There, Doctors told her family the stroke likely could’ve been prevented entirely if she’d made it to an ER sooner.

“There was nowhere for her to go, nowhere. She had an ambulance and that was it. Instead of nurses and doctors, there were Park Rangers helping her into that helicopter,” Stockton said.

In Fentress County, the next closest hospital to Jamestown is in either in Cookeville or in Crossville. On a two-lane county highway it takes an ambulance close to an hour to rush someone to an emergency room.

And that is when there’s no road construction and weather conditions are good.

“In a rural area like this when you lose time, it’s life or death. It makes you uneasy, it makes you sad and it makes you scared for the future,” Stockon said.

Lotie Crouch survived her stroke, but with all the time she lost doctors don’t believe she’ll ever be able to be walk again, leaving her granddaughter to wonder what might happen next time.

“Maybe her story will be enough to make changes.”

For the better part of three decades Karen Cooper worked as a nurse at Jamestown Regional Medical Center. She was one of the more than 100 people who lost their jobs when the hospital closed in June.

She calls it one of the saddest days of her life. “It was like a death in the family,” Cooper said.

For months, nurses at Jamestown Regional Medical Center knew in the back of their minds that the hospital might close. On multiple occasions, they would spend their own money at Walmart to buy supplies for the emergency room or buy meals at McDonald's for patients who were hungry after the hospital had run out of food.

Cooper was so loyal to this hospital that she's worked at since 1982, that she even would've given up a paycheck if had meant Fentress County's only hospital would've stayed open.

But on June 13th, with their hands clutched together in prayer and tears streaming down their faces, the 80 remaining employees of Jamestown Regional left the hospital for a final time.

The loss of Jamestown Regional Hospital has created a vacuum in this economically distressed county where the median incomes hovers right around $32,000.

Since the ER shutdown, it’s hard to convince new families to move to a county where the nearest hospital is 45 miles away. Enrollment in the county school system has dropped by 40 students this year as their parents, who once worked at the hospital, have been forced to move out of county to find work.

And then there’s the burden which has been placed on the county ambulance service. Fentress County can only run five ambulances at one time. EMT’s have become the first and often only line of defense when someone here has an emergency.

“A lot of people in the county are scared, they’re on edge,” Micah Dunford, the Director of Ambulance Services, said.

Anytime someone in Fentress County calls 911 they must now be taken to either Cookeville or Crossville. The 55-minute drive is far longer than the 10 minutes it used to take to get to Jamestown Regional.

That means Dunford’s crews are having to keep patients stabilized longer; instead of administering one round of medication, they now are having to give people two or three rounds of medicine simply because they’re in the back of an ambulance for so long.

“There have been times when every crew is out on a call and that’s scary for us,” Dunford said.

“A lot of people in the county are scared, they’re on edge"

His crews are tired and rightfully so. “We’re doing the best we can at getting by,” Dunford said, “We stay in this field because we want to help people … I worry about the welfare of the medics taking care of people in the back of the ambulance.”

Before Jamestown Regional closed the average call time for one patient was 70 minutes.

Medical professional often cite what's known as the golden hour: the first 60 minutes after someone is injured are considered the most critical time when it comes to stabilizing a patient or saving their life.

But now patients in Fentress County spend most of that time in the back of an ambulance.

“Now we have patients in critical condition for an hour.”

Of all the things Tennesseans are proud of, the loss of more than a dozen hospitals in less than a decade likely ranks somewhere toward the bottom of the list. Only Texas outranks the Volunteer State in rural hospital closures.

But why is the rural healthcare crisis hitting Tennessee harder than the rest of the nation?

WATCH BELOW: How rural hospitals closing impacts the health of entire community

Most healthcare experts agree that the number one reason for so many closures is the state’s failure to expand Medicaid. According to the Tennessee Justice Center, every day Tennessee loses $3.8 million dollars in federal health care funding. The lack of Medicaid expansion has left more than 300,000 residents without insurance.

Nationwide, nearly 700 rural hospital are at risk of closing.

The fight over fixing Tennessee's coverage gap is a complicated one which has gone on for years. Republican Governor Bill Haslam tried to address the issue by proposing Insurance Tennessee. The program would have expanded Medicaid, but even with his own party in power Haslam's plan failed in spectacular fashion.

Most Republicans say it makes little sense to expand Medicaid with the Affordable Care Act in jeopardy. Democrats say Tennessee is needlessly missing out on billions of dollars in federal funds that could help people who need it most.

The lack of Medicaid expansion has left more than 300,000 residents without insurance.

Rural hospitals are caught in the middle.

When someone without insurances shows up in the emergency room of a rural hospital, it is the hospital that ultimately ends up footing the bill. Henry County Medical Center in Paris, Tennessee lost more than $1 million last year, in part because patients couldn’t pay their bills.

“We had over $8 million dollar of bills that people didn’t pay,” CEO Lisa Casteel said.

Henry County Medical Center sits just 15 miles away from McKenzie Regional Hospital, which closed last year. As a result, Henry County has seen a massive influx of patients. On the surface higher patient volume might seem like it’s good for the hospital’s bottom line, but 65 percent of patients who show up in rural ER’s have either Medicare or Medicaid.

Those federally funded insurance programs only reimburse hospital for up to 50-cents on the dollar, meaning a place like Henry County Medical Center typically takes a hit anytime someone with Medicare or Medicaid shows up for treatment.

Casteel says the hospital is trying to innovative at a time of growth but still has one lingering thought in her mind when she sees a neighboring hospital shutdown.

“It’s heartbreaking because you know it could be you.”

A Reason for Hope

The past in Clay County, Tennessee refuses to let go.

It was March 1, 2019 when Clay County lost its only hospital. When Cumberland River Medical Center became the 11th hospital in the state of Tennessee to shut down, 140 doctors, nurses and staff suddenly found themselves unemployed. As they left the hospital one last time, nurses scribbled final goodbye message on dry-erase boards inside the ER. “Thanks for the memories!” one note read.

Closed signs were plastered across the front of the emergency room: the lights were shut off, the doors were shut and the beds were emptied.

WATCH BELOW: One man's mission to bring back healthcare to Clay County

For five months, the hallways of this hospital have been filled with an eerie silence.

But that might soon be changing. On a recent Wednesday morning if you listened close enough you could hear hope returning to the halls of Cumberland River.

“I feel like it’s my calling, to help people,” Johnny Presley said, as he sat on a hospital bed in the middle of a nearly pitch-black operating room.

“I think we can bring back healthcare to small towns."

“It’s a huge challenge for me to try to bring it back,” Presely said. But I’m going to give it a shot and do the best I can. With the support of the community and doctors I think I can make a go of it.”

At first he'll start small, bringing back clinic services. His goal is to try and bring back as many laid off staff members as possible.

For right now though there will be no 24/7 emergency room. That will require approvals from both the state and federal government. And Presely believes saving hospitals like this one will require the government to step in some capacity.

“I think we can bring back healthcare to small towns. I think it takes working with the government and getting better funding for smaller hospitals,” Presely said.

The picture of healthcare across rural America is far from perfect right now but with the ingenuity of people like Presley, the sun hasn't entirely set on Cumberland River Hospital.

And the silence which consumes so many hospital across this country might be turned back into hope.