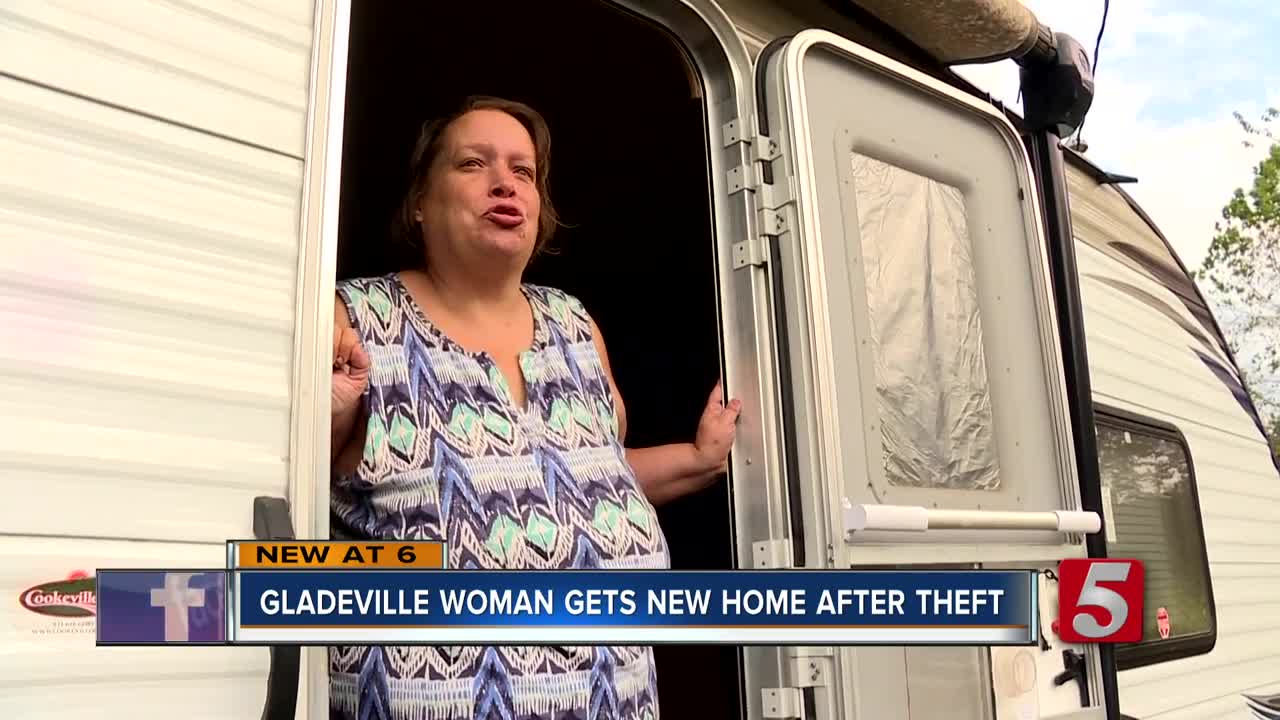 Bernadette Bidwell called her RV home, but she was left homeless when it was stolen this week. But thanks to an anonymous donor, she now has a place to stay. 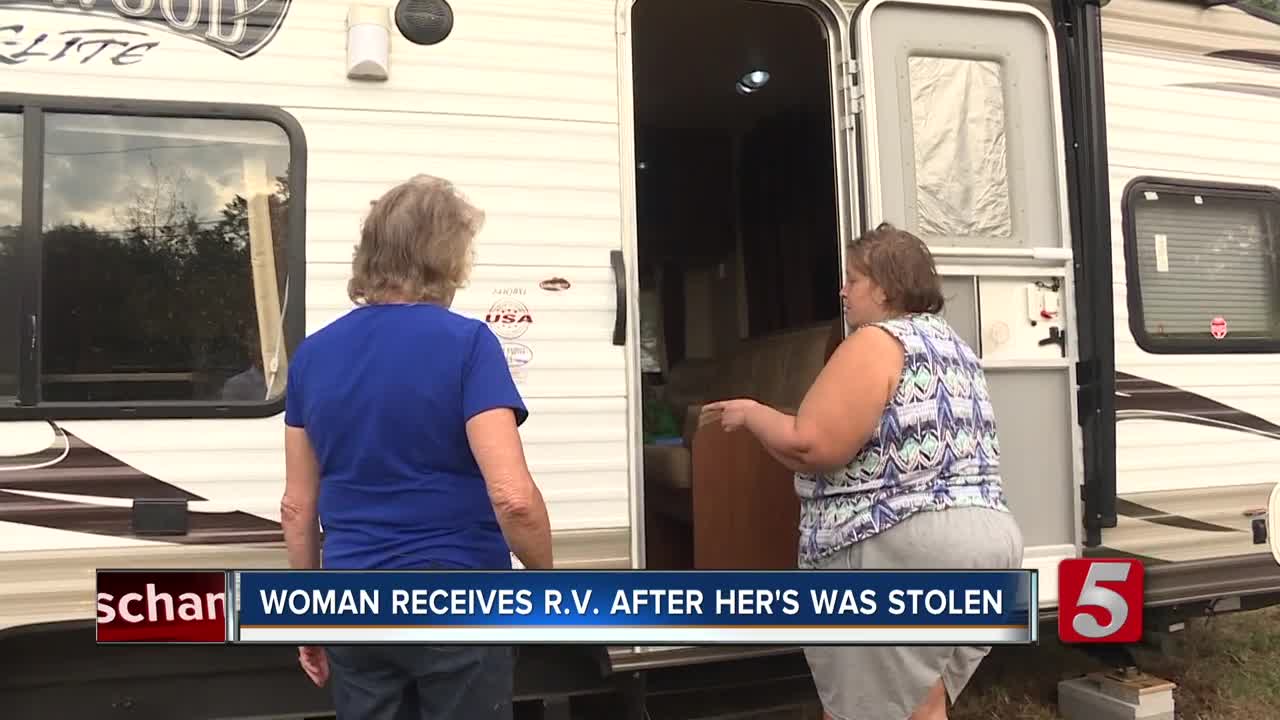 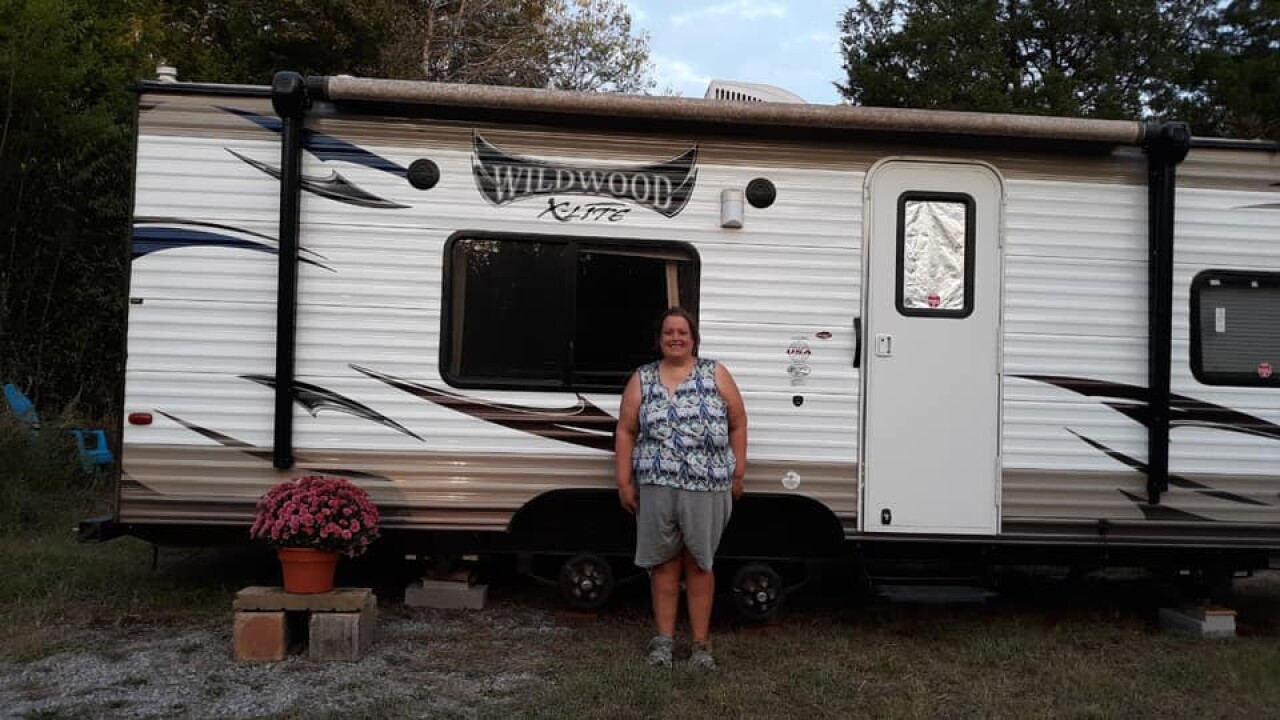 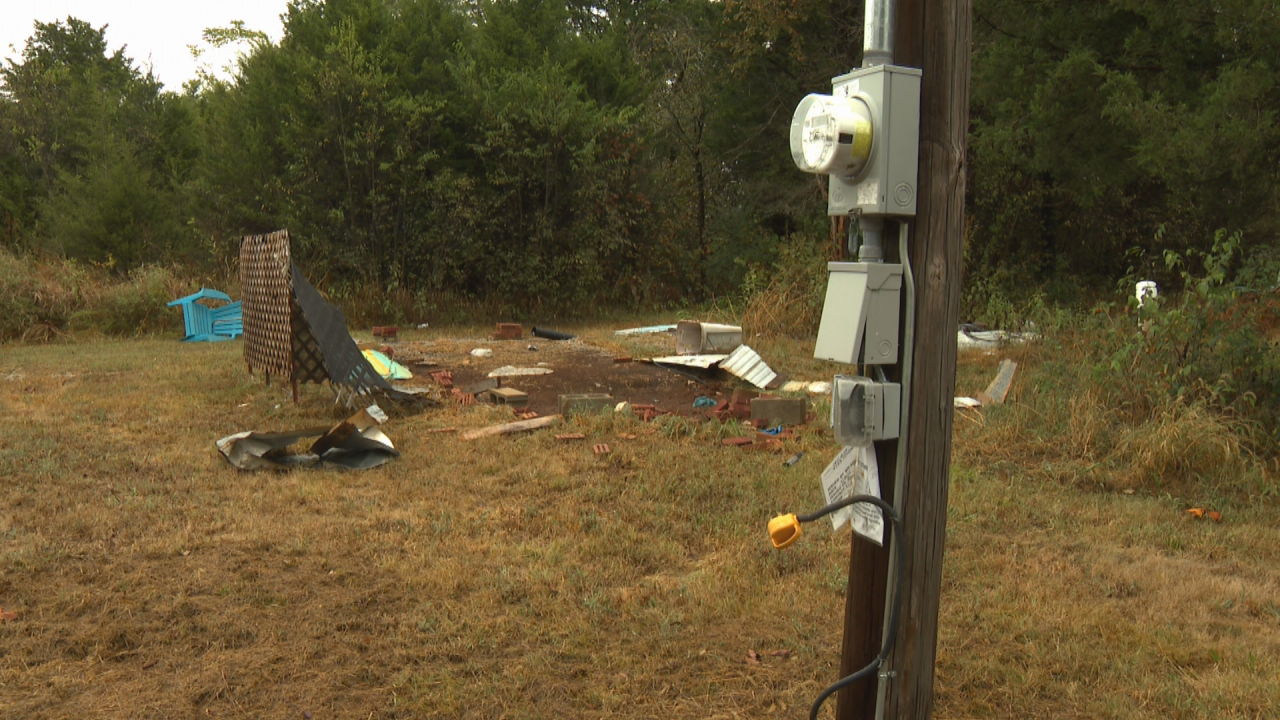 GLADEVILLE, Tenn. (WTVF) — Bernadette Bidwell called her RV home, but she was left homeless when it was stolen last week.

A story by NewsChannel 5 and help from the community, led to thousands of dollars being raised on a gofundme page for Bernadette.

Bernadette's luck got even better when an anonymous person gave her a new RV. A donation no one expected, and one the person who donated didn't need credit for.

On Thursday, friends helped her put it where the old trailer used to be, on McCrary Road near Gladeville.

"It makes me feel good. Because I had her last Saturday when she just cried and cried," said friend Margaret Bigbie. "I felt so sorry for her."

The new trailer is a couple of feet longer than her old one, and much newer.

Bernadette's friends also raised her $7,000 through a GoFundMe page. That money will be put into Bernadette's bank account so she can support herself.

"I sure wasn't ready to pay for a new one. I'm glad this one was ready," said Bernadette after seeing her new home.

She was sleeping on the front porch of an abandoned house in Gladeville before the trailer was donated.