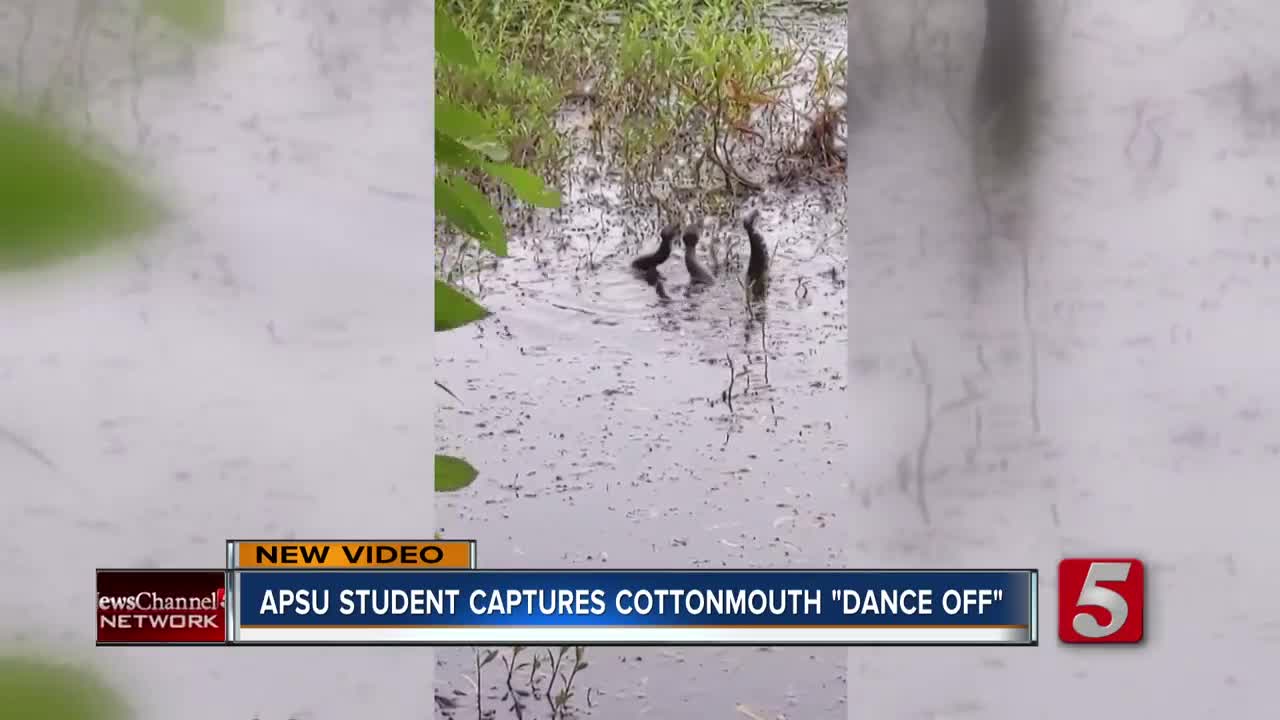 An APSU student doing research for her thesis came across multiple cottonmouth snakes performing a strange ritual, and she caught it on camera. 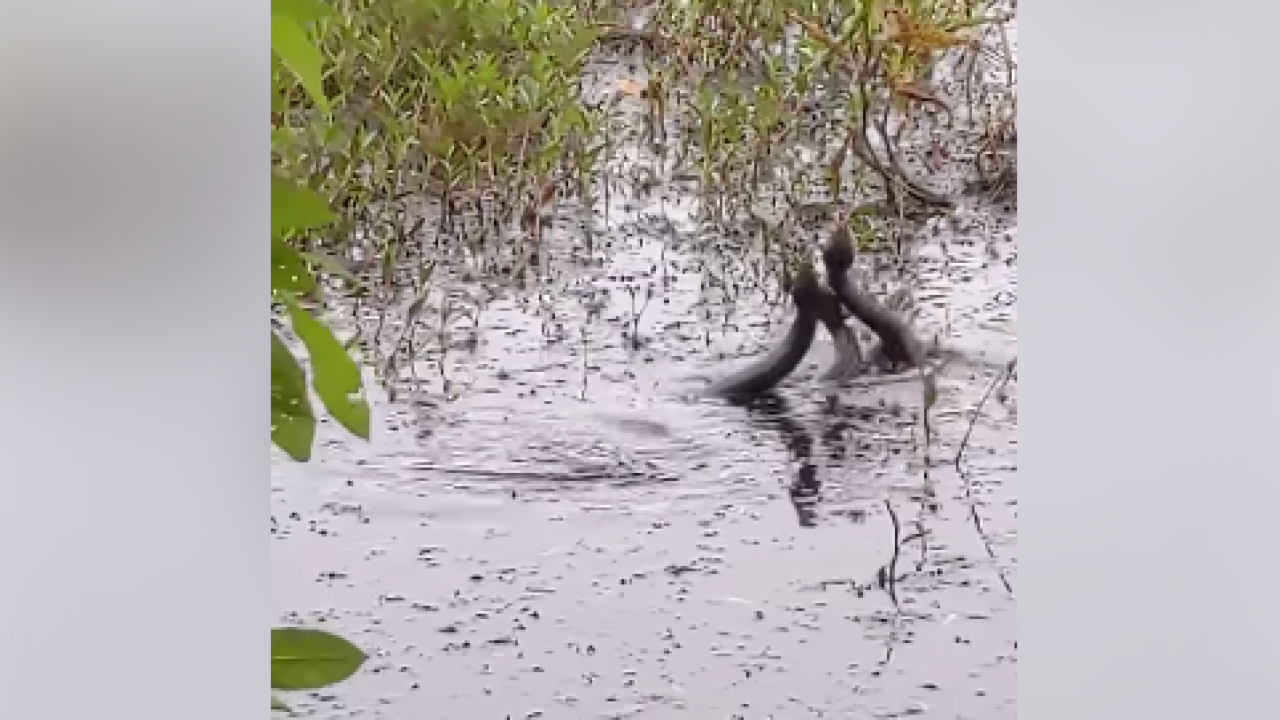 “There were two (snakes) just kind of riving around in the water and I thought I better grab my phone, this is cool,” Claire Ciafre said.

Ciafre was out studying plants in the area for her thesis, and she knew there was the possibility of seeing snakes, so she kept her eye open, and saw something truly unbelievable.

Mating usually occurs in the spring, but can take place any time of year. Male snakes perform a dance in which they slither back and forth while waving their tails to attract females, and it turns into a kind of dance-off.

“The two that kind of lose out, they’ll eventually get tired and leave, and the winner will get to mate with the female,” Ciafre said.

Ciafre posted the video online, as well as the Herpetology department at APSU, and so far, the video has nearly 200,000 views, which Ciafre never expected to happen.

“I’m blown away,” Ciafre said. “Most venomous snakes are not popular and most of the time when something like that blows up, it’s like, ‘oh, look at how mean these snakes are, look at how evil these things are, isn’t this spooky?’ And instead, I think this is generating a little bit of positive publicity for these non-charismatic animals, and I think that’s important.”

In addition, there have been some fun comments that Ciafre has seen.

“One person in the comments described them as demented sock puppets, which I love. I’ll never see them the same way again.”

Ciafre said the snakes ‘danced’ for about 10 minutes before disappearing.