Arrest made in Nashville machete attack 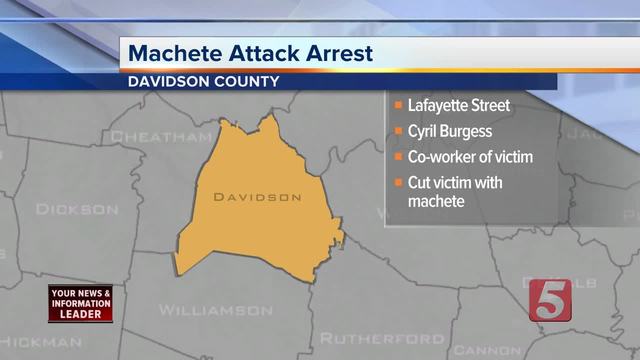 A man has been charged after allegedly injuring a man with a machete during a robbery south of downtown Nashville. 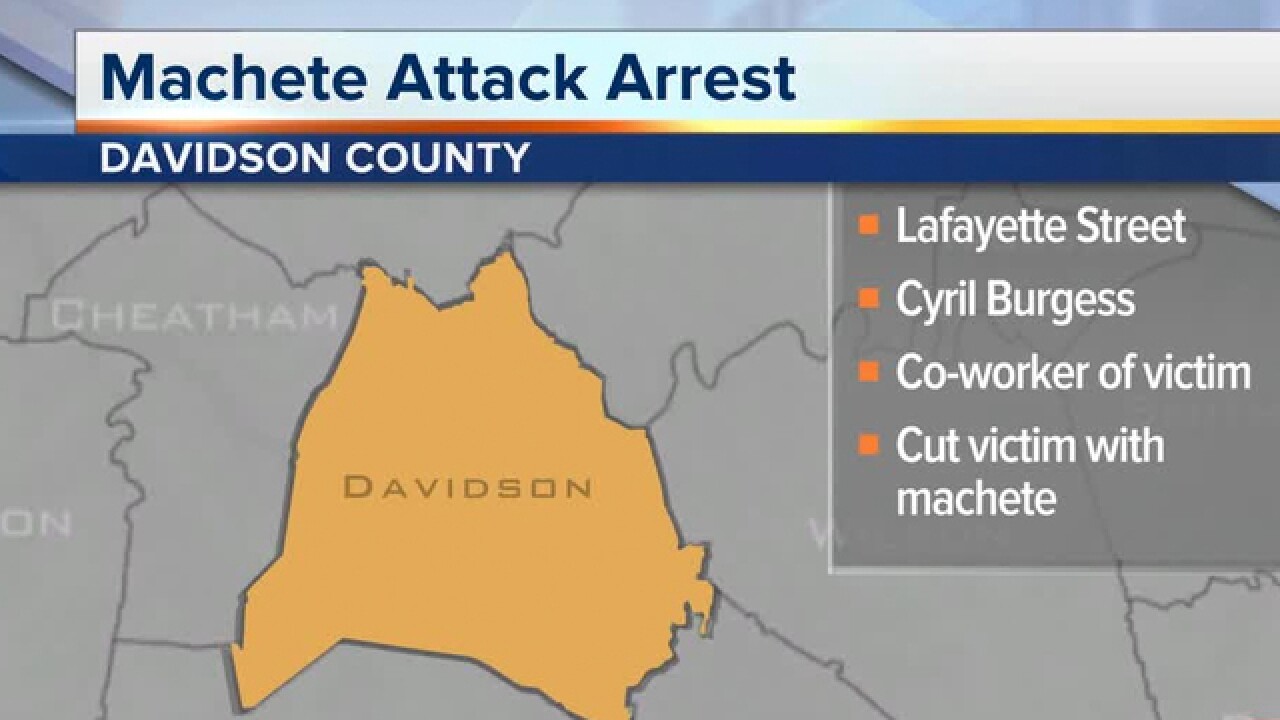 A man has been charged after allegedly injuring a man with a machete during a robbery south of downtown Nashville.

Metro Nashville police said the victim had just left a gas station, where he cashed a paycheck. Three men approached him and demanded the victim empty his pockets. One of the suspects pulled out a machete.

Investigators said the victim recognized the man with the machete as Cyril Burgess, a man he worked with.

Officers said the two other men jumped on the victim, while Burgess hit him with a machete. The victim was cut on the back.

The suspects ran away. Burgess was later arrested at his apartment, and identified by the victim during a photo line-up.

Burgess was booked into jail and faces two charges of aggravated robbery with a deadly weapon.