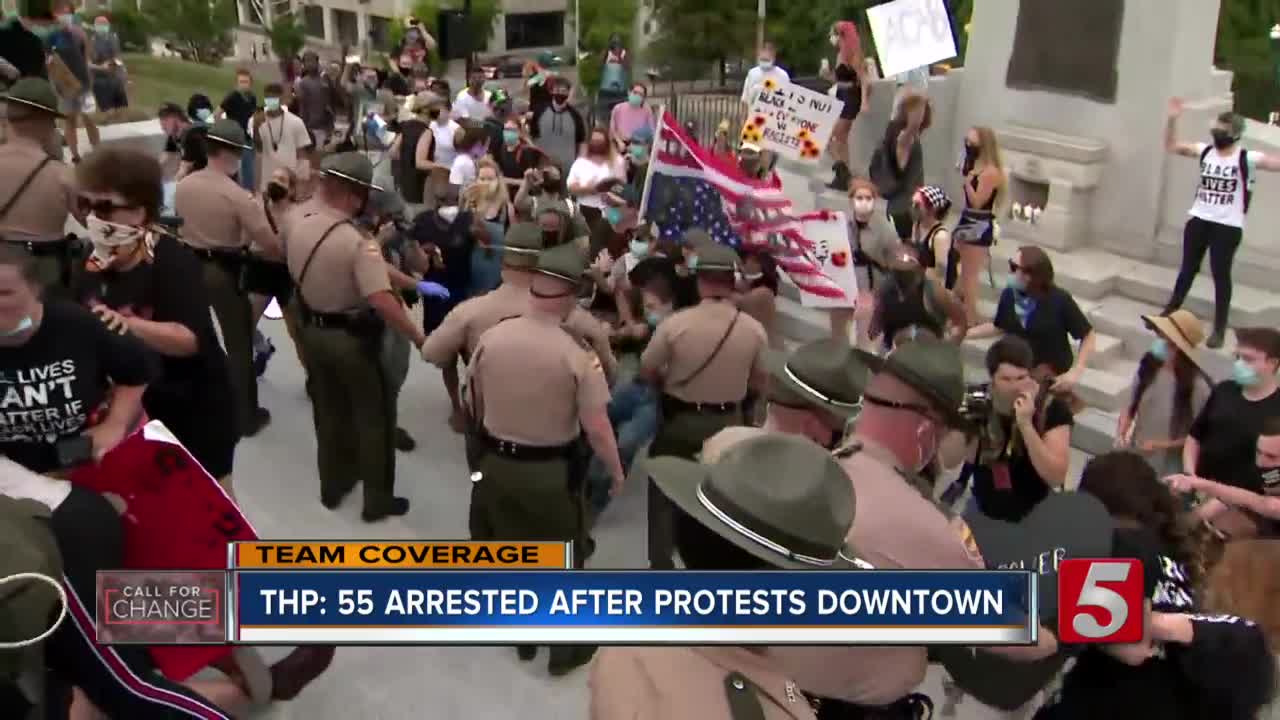 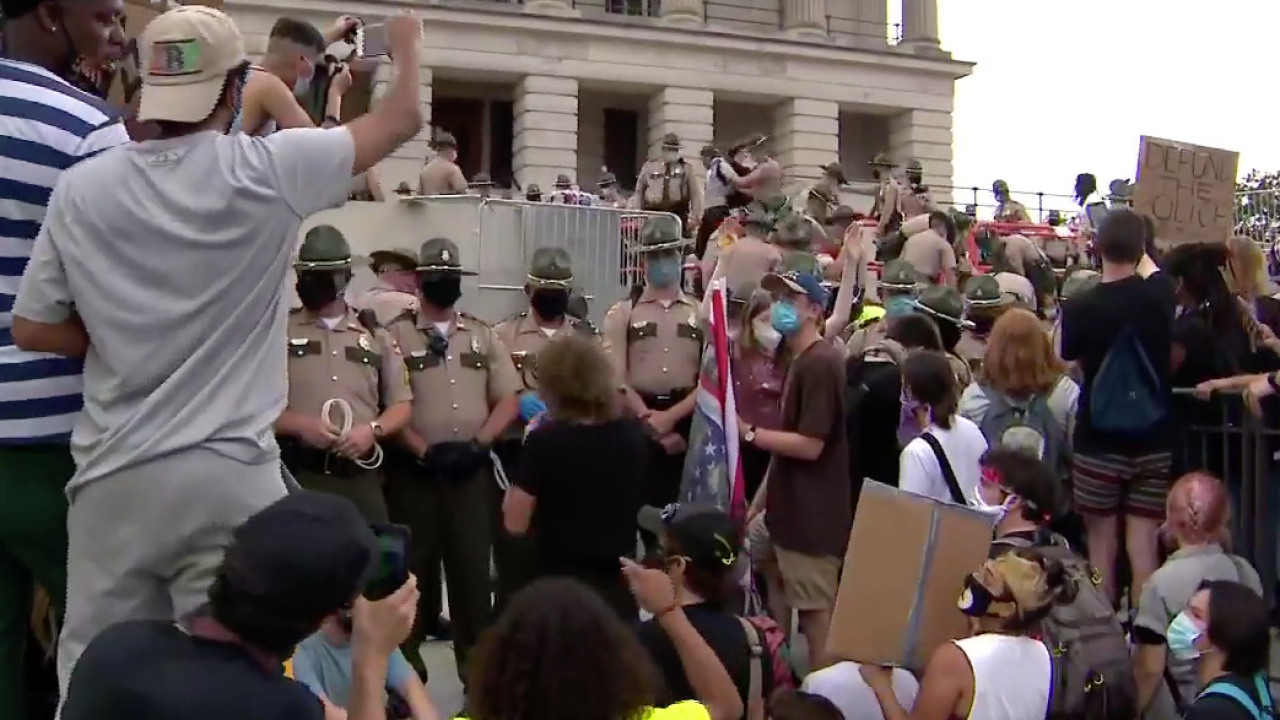 The group of activists was made up of members of the "People's Plaza" protests and others who had previously in the evening attended a Black Lives Matter rally and March.

As people began to leave the march, some stayed at the foot of the Capitol celebrating with a live band and dancing.

Part of the group who remained at the Capitol steps moved a barrier blocking the steps entrance. They climbed up the stairs and where a monument once stood. On the barricade was a signed addendum by the Department of General Services Commissioner Christi W. Branscom and Department of Safety and Homeland Security Commissioner Jeff Long. It stated that the Capitol grounds was closed from 8 a.m. July 4 to 8 p.m. July 6.

“This is state property and it is clearly posted that it is closed," Lt. Bill Miller with the Tennessee Highway Patrol told NewsChannel 5.

The demonstrators stayed there for a short time until troopers moved in, pushing them back down the stairs. However, some of the activists refused to move, prompting the arrests.

Troopers were able to take back the steps and replace the gates that had been moved.

“We didn’t want this. This did not have to happen. This was not provoked by us. We did not tear down the barriers...We did not ignore the digital signs that have been posted since 11 o'clock last night," said Lt. Miller. "We did not ignore the written signs…We didn’t tear the barriers down. The protesters did this. This is a mob mentality. This is not a demonstration or protest this is pure propagation. They wanted to have some type of confrontation. We did not."

Of the 55 people who were taken into custody, 54 of them were adults and one of them was a juvenile, who was cited and released.

"The Capitol grounds were clearly marked closed with digital signboards and paper signs. This evening a group of protestors looking to violate the closure became physical when they moved barriers that lead to Capitol grounds. Troopers issued several notices with bullhorns to the protestors that the Capitol grounds were closed. Troopers also instructed the violators to exit the property or they would be arrested. The violators began throwing water and other objects at troopers and then locked legs and arms. Troopers then arrested 55 violators for criminal trespassing, this includes one juvenile. The juvenile was released to his parents. Please let me stress to you, we did not want this to happen. This was a clear provocation by those looking to instigate trouble. These actions came on the heels of a peaceful, well organized demonstration and did not have to happen."