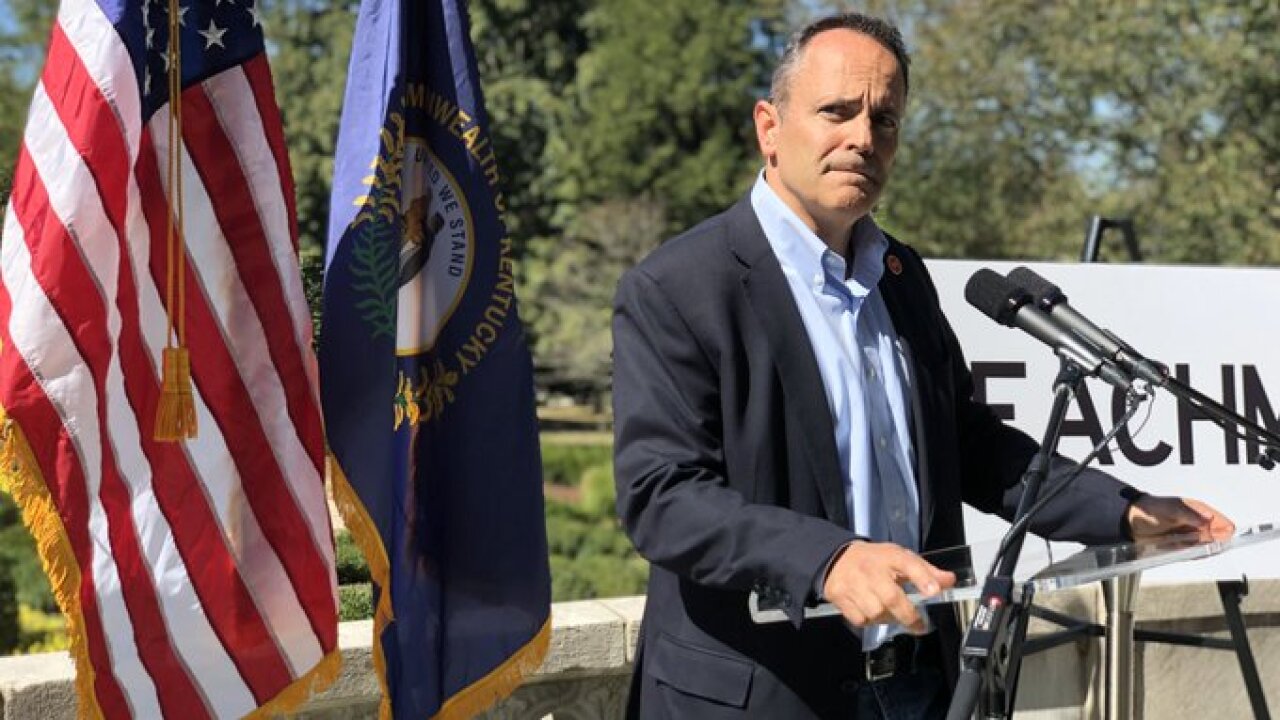 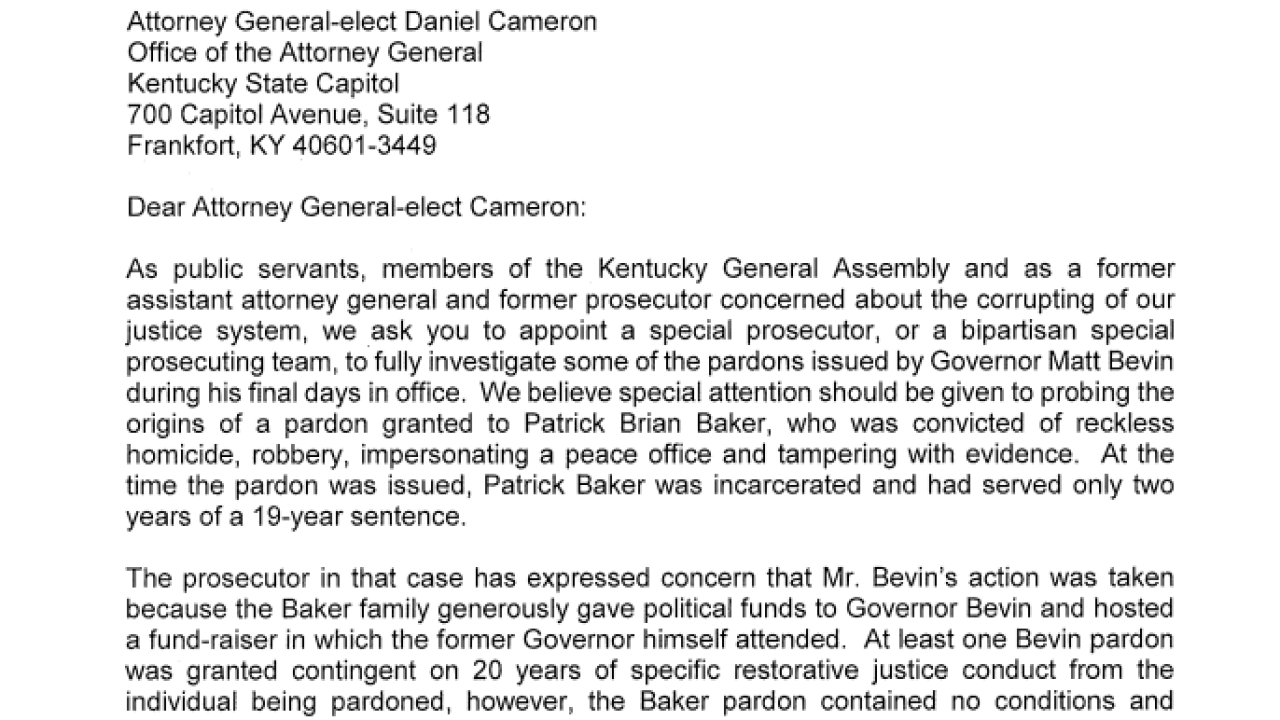 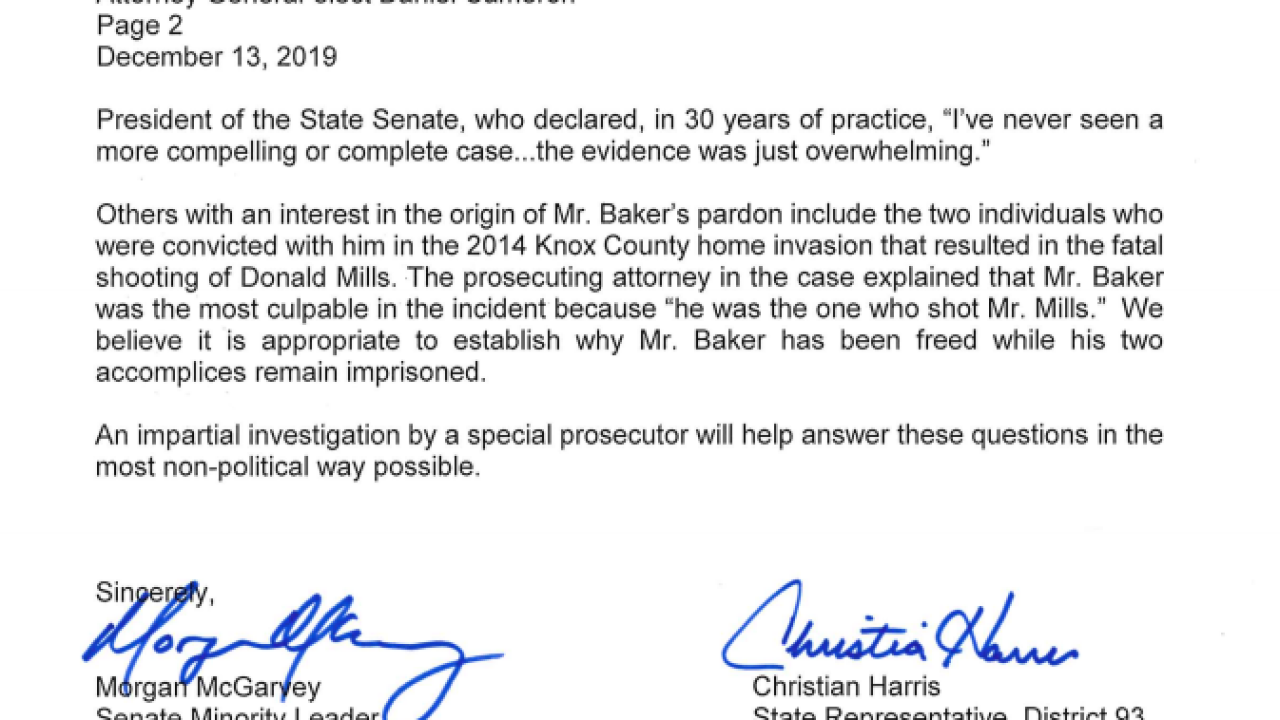 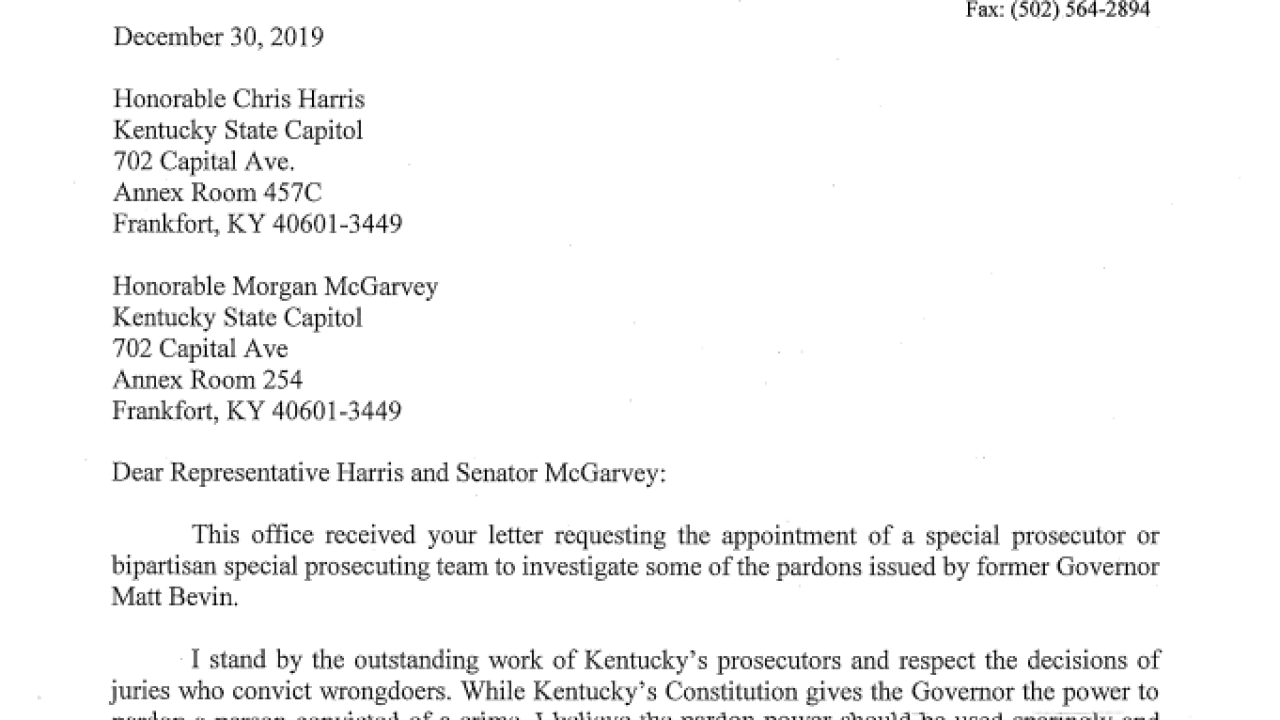 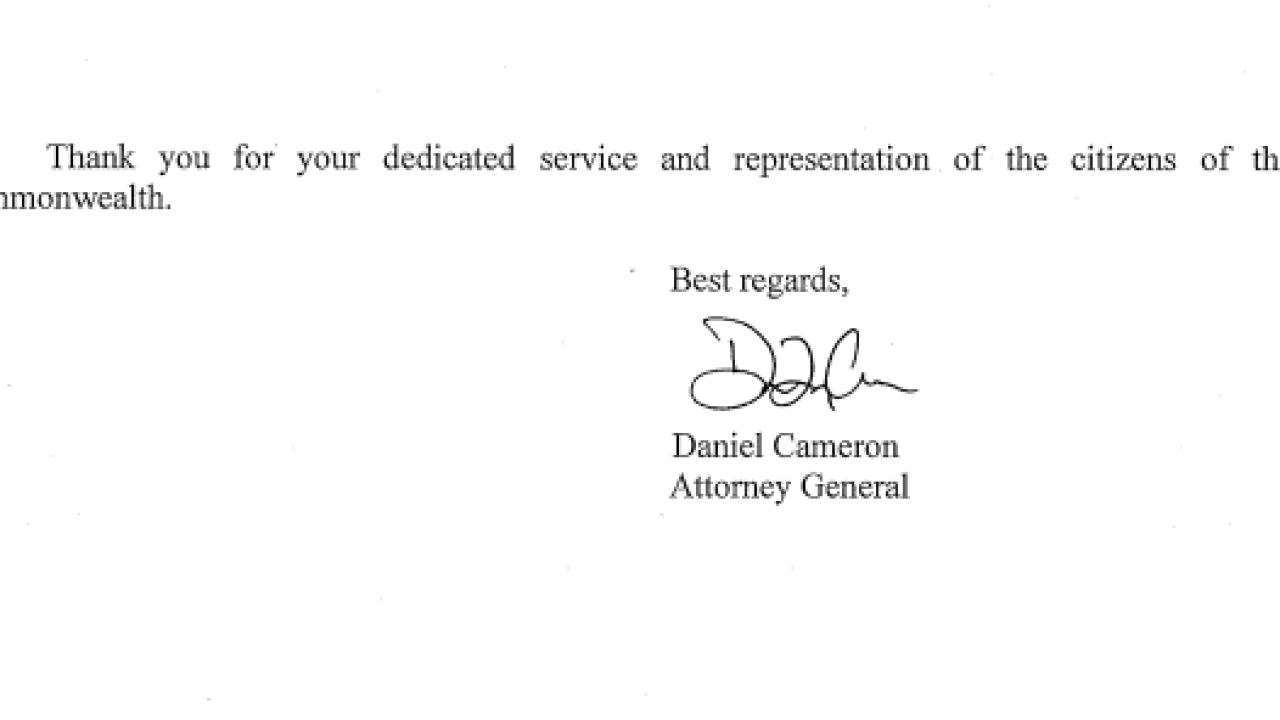 Attorney General Daniel Cameron has made a formal request for an investigation of former Gov. Matt Bevin's pardons by the FBI.

"We want to thank Attorney General Cameron for formally requesting that the FBI investigate former Governor Matt Bevin’s recent pardons. As we wrote in our letter to the Attorney General last month, a governor may have broad pardoning powers, but there must be further scrutiny by law enforcement when there is an appearance of impropriety or corruption. Kentuckians deserve to know if the pardon of Patrick Baker, whose family raised tens of thousands of dollars for Gov. Bevin in 2018, was granted improperly. We believe strongly that this and potentially other pardons should be investigated impartially, and are pleased that the Attorney General agrees and has asked the FBI to make sure that happens.”

On Dec. 13, McGarvey and Harris sent a letter to Cameron asking for him to investigate Bevin's pardons.

To read the full Dec. 13 letter, look below:

On Dec. 30, Cameron sent a letter to McGarvey and Harris stating that he is formally requesting an investigation against Bevin and the pardons he made.

To read the full Dec. 30 letter, look below: