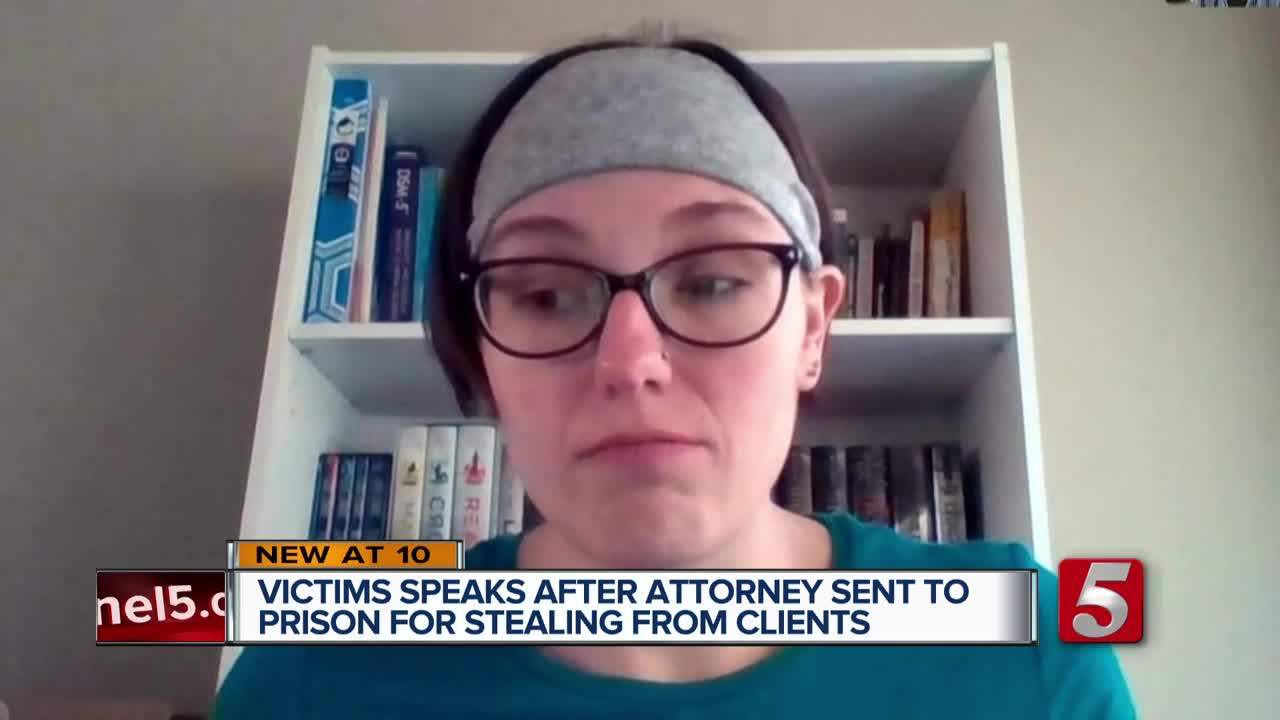 The U.S. Department of Justice announced Monday that Jackie Lynn Garton, 54, was sentenced to 92 months in prison for stealing $1.36 million from his clients.

NASHVILLE, Tenn. (WTVF) — After losing her father in the line of duty one woman is now out hundreds of thousands of dollars and investigators say it’s all thanks to a Dickson County Attorney.

Jackie Lynn Garton was sentenced today for stealing from his clients including the daughter of fallen State Trooper Todd Larkins.
“Honestly, I feel kind of relieved; a big part of this entire thing is finally over,” said Carina Larkins.

Carina Larkins says this has been a 2-year battle in which she found out the person responsible for her trust fund was caught stealing from it.

Court documents show Garton stole from Larkins between 2009 to 2016; she didn’t know of the trust fund until she was 21.

“It exploded very shortly after that, within a month we found out that he had been stealing,” said Larkins.

In 2005, Larkins father, State Trooper Todd Larkins was hit by a semi-truck and killed in the line of duty.

The family was awarded a wrongful death suit, and more than two and a half million dollars was placed in a trust fund for Carina.

“I wanted to open a book store, I wanted to travel and so I started making plans assuming that I had this money because he had told me that it been growing,” Larkins said.

However, she learned it was all a lie.

“Shock is an understatement, I was absolutely devastated, I couldn't breathe,” Larkins said.

Garton admitted to withdrawing a total of $1.36 million from several of his clients' accounts transferring the money to his personal accounts and purchasing luxury items including a Jaguar car, a boat and a house. Garton was arrested and he pleaded guilty to his actions; now he will spend 92 months in a federal prison.

“Hopefully, this would be a warning to other people who are in a position of power out there, hey, you're not going to get away with this so don't try it and hopefully nobody else will be hurt the way that I have been hurt,” said Larkins.

Garton also under reported his income to the IRS, claiming his total income was $95,875, while he actually received at least $367,223, which included funds stolen from clients. Garton failed to report the stolen income from 2009 through 2016 and intended to defraud the IRS of more than $350,000.

Garton was order to pay restitution in the crimes.