'Baby Trump' balloon is coming to Nashville on Friday 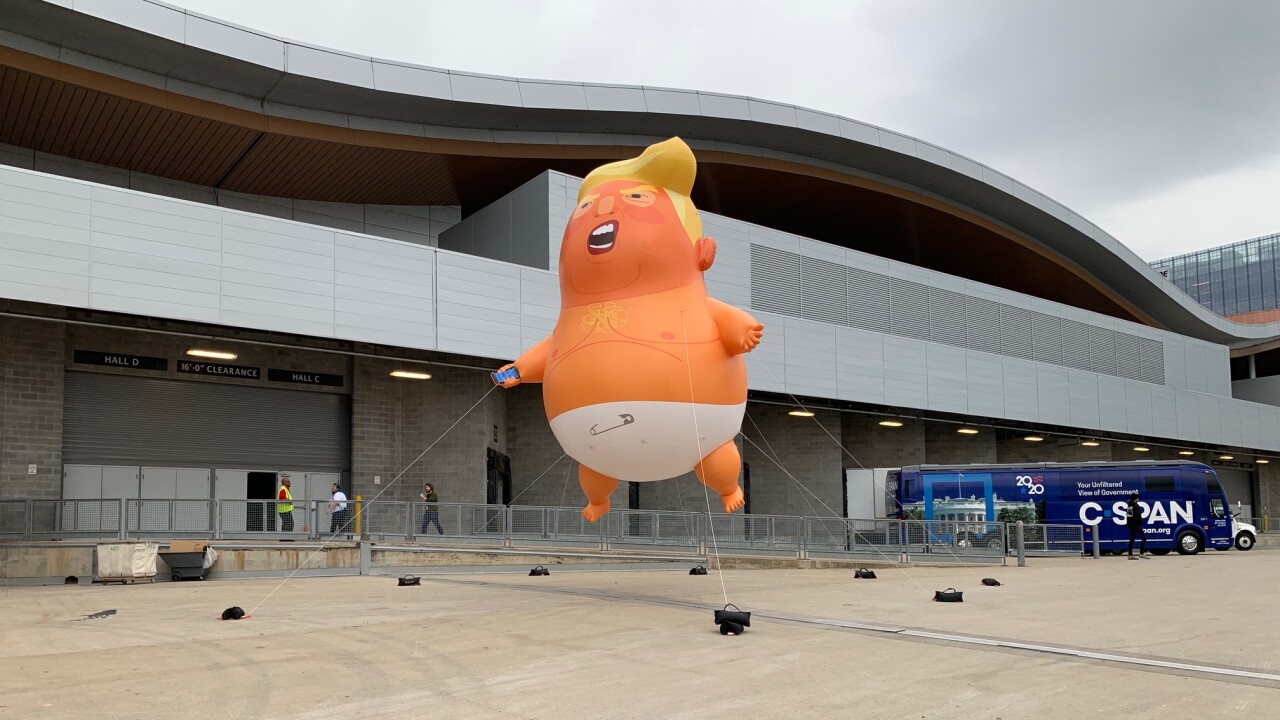 NASHVILLE, Tenn. (WTVF) — An inflatable caricature of President Donald Trump made its first appearance in the South on Friday.

Organizers for Politicon, a nonpartisan political convention, confirmed “Baby Trump” is coming to Music City as part of its fifth annual convention.

The balloon flew over the Music City Center Friday morning. They’ll move it inside, where it will remain on display throughout the convention.