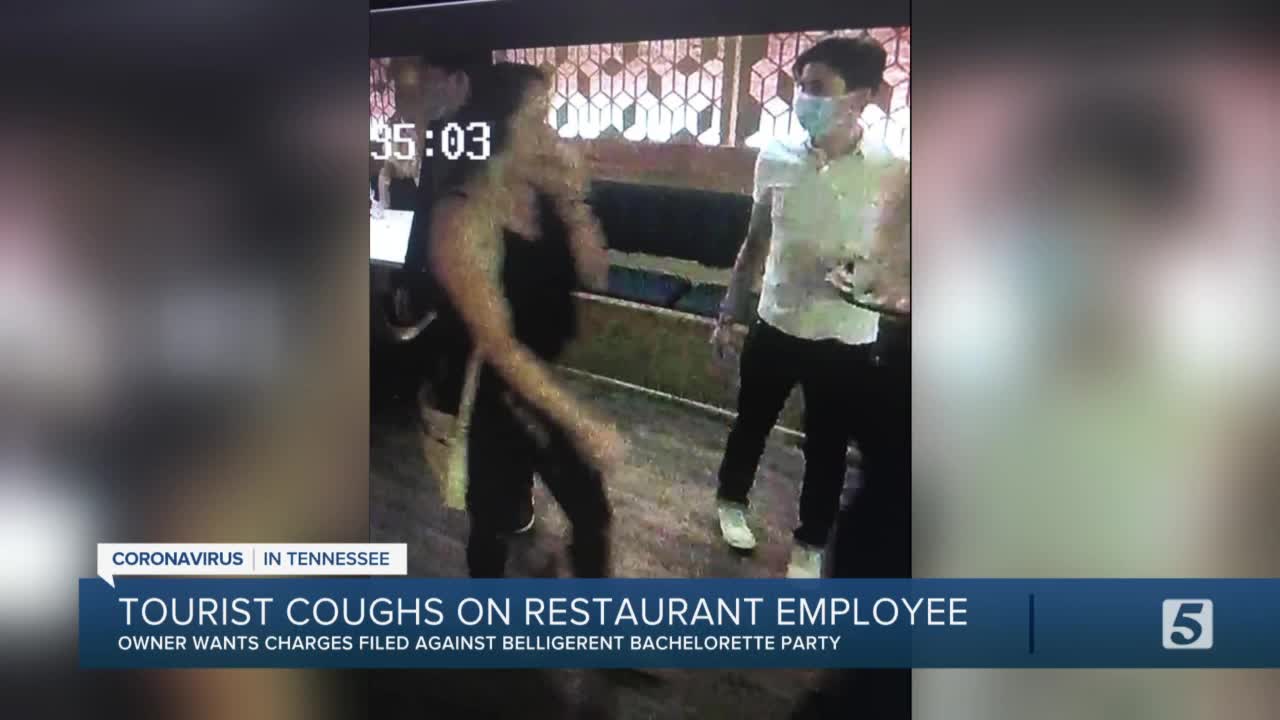 Mayor John Cooper issued a statement after hundreds attended a house party in East Nashville, saying it was "in clear violation" of Metro's public health order. NASHVILLE, Tenn. (WTVF) — The co-owner of a Nashville restaurant says the business has filed a police report against a bachelorette party who allegedly refused to follow the city’s COVID-19 restrictions and then turned belligerent when confronted.

One of the ladies who refused to wear a mask reportedly coughed on an assistant general manager as they were leaving.

Mikey Corona, co-owner of The Mockingbird in the Gulch, told NewsChannel about the incident after he warned the hospitality community on Facebook.

“We love our tourists because that's what helps keep us alive. Please come, but when you come in here with your bedazzled cowboy boots and stomp all over us like some mat, that's not okay," Corona told NewsChannel 5. "We are here to show you a good time."

Corona said a group of 10 bachelorettes came into the restaurant around 8:30 p.m. on Saturday and became upset because they couldn’t be seated at one big table. He stressed that Metro's Phase 2 restriction allowed no more than six people per table.

Corona said at one point, the bride-to-be began to move the tables together, which were only inches apart. He said they told them the restaurant could be reported for violating the public health order, and they “stormed out.”

“Most were not wearing a mask as they left (and even arguing with other tables as they even were telling them to put their masks on),” Corona said.

One of members of the party is then accused of turning her head and coughing on an employee three times. Surveillance video captured the employee jumping back as a result. Corona has since filed a police report for assault in the incident.

The manager who was coughed on wants to press charges. She must wait for her COVID-19 test results to come back before she can return to work.

THREAD: Mikey Corona of The Mockingbird is not holding back after he said a member of a bachelorette party who refused to wear a mask over the weekend intentionally coughed on an employee. “You assaulted one of our own and that’s not okay. @NC5 pic.twitter.com/0Xls3Sxbzy

“Our staff’s safety is paramount. We will go to any length to do so,” Corona added.

Corona said some members came in without masks but put them on as they were walking up the stairs.

The staff is waiting to hear from police after it was discovered that the girls are from Alabama. So far, no one has been charged, but the investigation is ongoing.

The Mockingbird reopened in late May and implemented safety changes, including closing some booths and tables to stay socially distant, and provide free masks.

Chef and restaurateur Maneet Chauhan described the incident as despicable. She owns several restaurants and breweries in Nashville, including two next to The Mockingbird. She noted how the incident is a seemingly rare case in the area and how the majority of guests at her restaurants have complied with safety regulations.

"It really hasn't been difficult," she said. "People have been very, very, very respectful of what is required when you come into the restaurant."