Bacon Used In Hate Crime At Islamic Center Of Murfreesboro 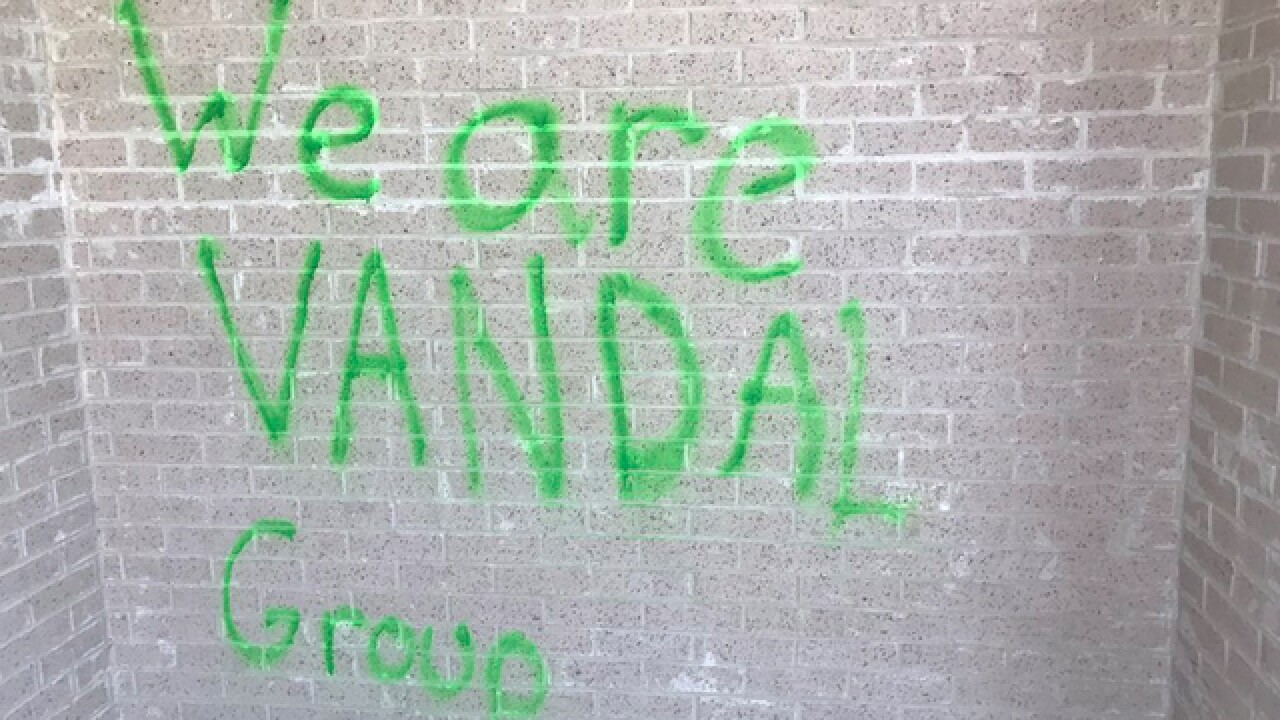 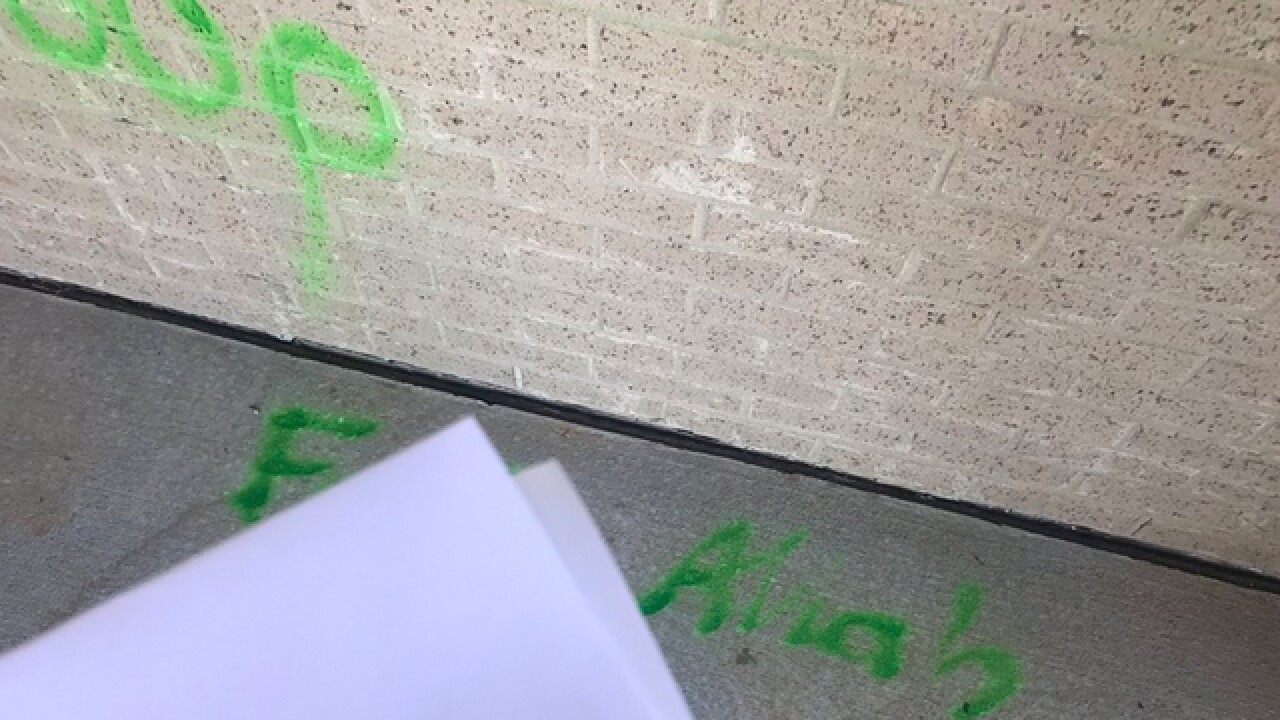 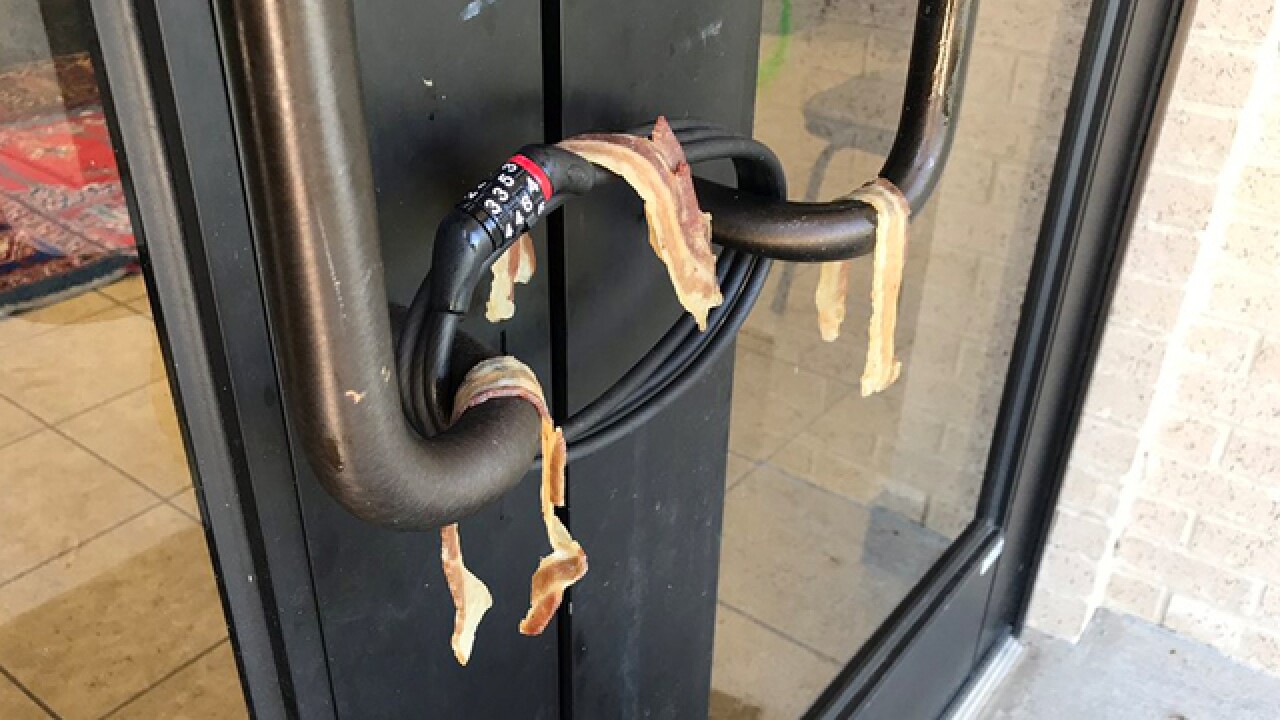 Rutherford County Sheriff's detectives have asked for the public's help in their search for the person[s] who vandalized the Islamic Center of Murfreesboro.

Employees found a spray painted message on two walls and bacon draped over the door handles of the school's entrance.

The messages were painted on the east side of the building and concrete on the basketball court. They read, "We are vandal group," and "F*** Allah."

Detectives said they were investigating it as a hate crime and have talked with federal authorities about the crime.

“We are looking for anyone with information about people who may have talked about defiling the mosque,” Detective Dan Goodwin said.

He asked anyone with information or neighbors on Veals Lane who may have seen something strange Sunday night or Monday morning to call 615-904-3034.

The Tennessee Democratic Party released the following statement in response to the crime:

“The vandalism at the Islamic Center of Murfreesboro is inexcusable and cannot be tolerated. We’re all Tennesseans - no matter who we are, what we look like, or where we live - and everyone who makes this state their home should feel safe to worship as they wish without being harassed. The Tennessee Democratic Party condemns this and any attacks on people of any religion and calls on all leaders in this state to make it clear that there is no place for this type of persecution in our society.” - Mary Mancini

A statement was also released by the Rutherford County Democratic Party:

The Rutherford County Democratic Party condemns the recent act of vandalism at the Islamic Center in Murfreesboro. This latest act of intimidation is absolutely shameful. We live in a society that allows us to worship the religion of our choice freely and without discrimination. Unfortunately, we also live in a society that has allowed certain media outlets and churches to repeat hateful and false statements directed against particular races of people and religions. This open discrimination is against everything our free society stands for.
Islam is a religion that is closely associated with the Christian and Jewish faiths because they all consider Abraham their patriarch. Muslims also love and respect Jesus and consider him to be one of the greatest of God’s prophets and messengers. Islam is a religion of peace and the followers of Islam are no more violent than followers of the Buddhist, Jewish, or Christian faiths.
Muslims represent a wide array of people from every race, ethnicity, and culture. Local adherents of Islam serve our community in a variety of ways. Some are doctors, lawyers, engineers, educators, entrepreneurs, scientists, and community leaders. Local Muslims groups have also contributed to improvement within our community and around our state. When disaster strikes, these groups have quickly mobilized to help provide goods and services for those in need. For example, when Gatlinburg suffered devastations from fires last year, Murfreesboro Muslim Youth quickly put together a supply drive for their community. This was not an act to raise anyone's opinion of them, it was an act of kindness and love; two things that I have personally felt from every member of their community since I began meeting them.
This latest form of intimidation goes against the values we Americans hold dear. It is incumbent upon us to embrace our local Islamic community instead of pushing them away.
I encourage everyone in our community to reach out to our Muslim brothers and sisters to learn about more their religion, as well as them as individuals and neighbors.
The vandalism certainly does not reflect the majority of people living in Murfreesboro and Rutherford County who respect all religions. The Rutherford County Democratic Party will continue to stand with our Muslim community members and against any form of discrimination.  We also call on all local religious and community leaders to come together and condemn these and other hateful actions.