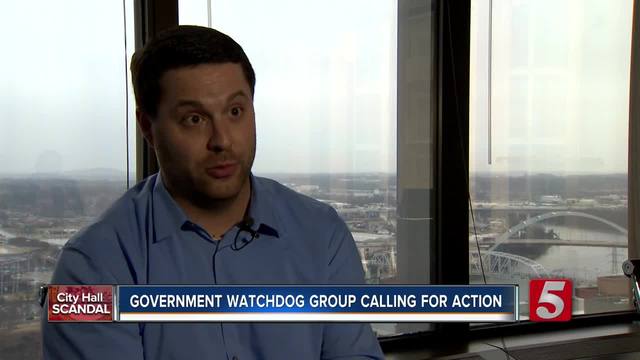 The Beacon Center of Tennessee, an organization that calls itself a government watchdog, called for an investigation into Mayor Megan Barry's

The Beacon Center of Tennessee, an organization that calls itself a government watchdog, called for an investigation into Mayor Megan Barry's use of funds.

Officials with the Beacon Center have stood against some of Mayor Barry's big plans.

They said the affair between the mayor and her bodyguard is none of their business, but the possible misuse of taxpayer money concerns them.

From Barry's massive transit plan to the soccer stadium, the Beacon Center of Tennessee has never been a supporter.

"Ultimately, I think we had issues with the way the administration has spent money generally," said Mark Cunningham with the Beacon Center.

The organization said it works to defend taxpayers and keep the government accountable; so when the scandal of the mayor's affair with her head security guard broke, spokesperson Mark Cunningham worried the focus has shifted.

"I would describe it as a distraction from the real issues we're facing," said Cunningham.

Even though he's not interested in the affair, he can't deny the questions surrounding the use of taxpayer money to support Sgt. Rob Forrest's overtime.

"I think that's something the council needs to look into we are calling for a full investigation of that," he said. In NewsChannel 5's exclusive interview, Barry denied any misuse of funds. But the center said more should be done to protect the taxpayers.

"Regardless of if anything is illegal is done I do think we need to look at if that's a good use of taxpayer money," said Cunningham.