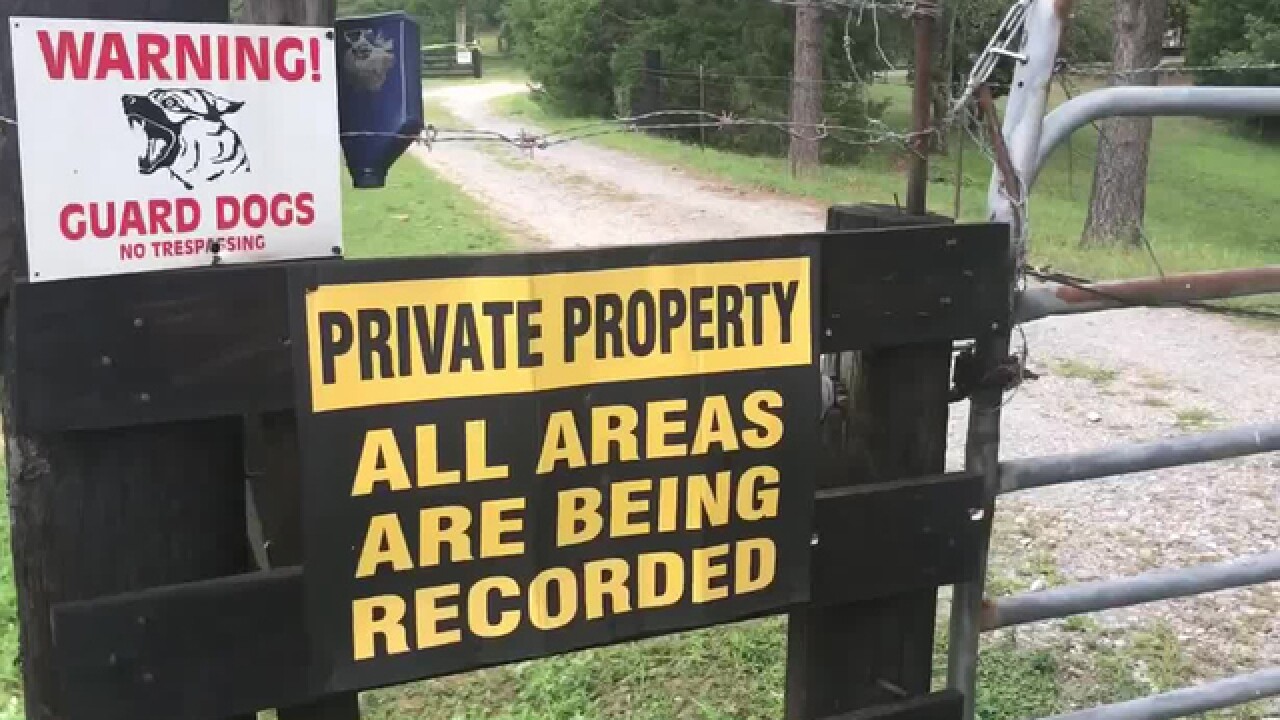 The Joyce family says they are dealing with more problems trying to visit their loved ones' graves at the Bell Town Cemetery, in Cheatham County.

Most of Lawrence Joyce's family is buried in the cemetery, including his father, Arther Joyce.

"This is only the second time I've seen his grave in almost ten years," said Lawrence Joyce.

Joseph Townsend owns the property surrounding Bell Town Cemetery, and built the cul-de-sac and driveway leading to the cemetery. Townsend keeps the gate locked, so trespassers can not access his property, and steal his equipment.

November 10, the Joyce family says they attempted to call Townsend, but no one answered. The family was hoping to place flags on veteran's graves, for Veteran's Day.

Townsend's attorney, Rhonda Crabtree, says the Joyce family never called, and has the phone records to prove it.

The family was able to place the flags on the veteran's graves on November 11, but had to walk through weeds, and horse manure throughout the graveyard.

Crabtree says, Townsend is not responsible for the upkeep of the cemetery, since he does not own that plot of land. According to Crabtree, it's the family's responsibility to care for the cemetery.

"This used to be a beautiful place. It's weeds all over, and we can't get in to clean it," said Joyce.
According to Crabtree, the family is always allowed to access the cemetery, as long as they contact Townsend to unlock the gate to his property.

The Cheatham County District Attorney has concluded its investigation, and according to Crabtree, Townsend was never cited.

Townsend's property is currently under investigation by The Tennessee Department of Environment and Conservation as an illegal dump.

On September 1, 2017, TDEC inspected Joseph Townsend's property in Cheatham county. During the course of the investigation, Division personnel discovered the unlawful disposal of solid waste.

During an October 20 follow-up inspection the site was not compliant with the applicable rules and regulations, and Townsend had not satisfied the criteria detailed in the first violation back in September.

Townsend was ordered to stop all dumping on his property, and all wastes should be removed to a facility permitted to receive such waste.

Crabtree declined to comment on the open TDEC investigation. Townsend is working to become compliant.