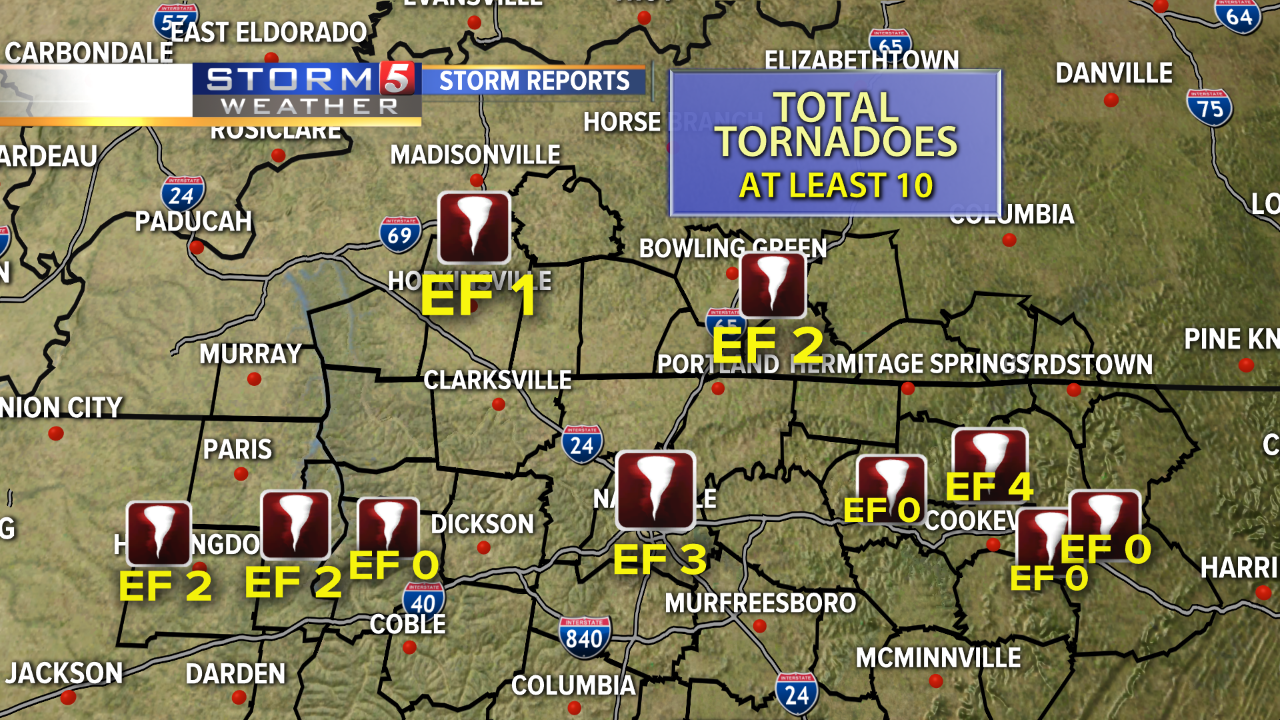 Governor Bill Lee announced Wednesday that Benton, Carroll and Smith Counties will be included in the state's Major Disaster Declarations.

“These counties will now receive federal reimbursement assistance for their costs related to damaged infrastructure and recovery measures,” Gov. Lee said. “We continue to work closely with our federal partners to help our counties and communities receive rebuilding and recovery help.”

The six declared counties reported more than $68 million in estimated impacts to county infrastructure and for costs associated with counties’ response and recovery measures.

This estimated total impact to local governments includes $32 million for Davidson County, $17 million for Wilson, $5 million for Putnam, $400,000 in Smith, and more than $200,000 each in Benton and Carroll. Agencies of the State of Tennessee estimated more than $11 million in estimated cost impact.