Bill Lee, Karl Dean Hope To Be Tennessee's Next Governor 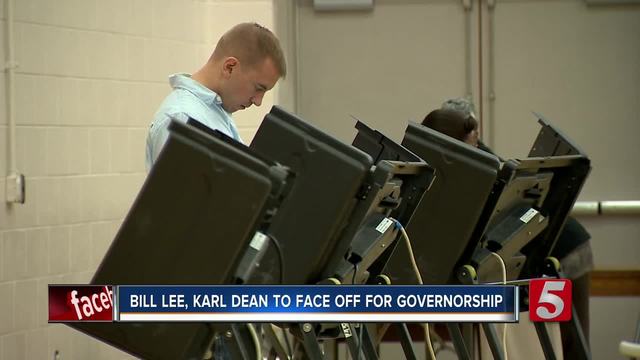 Gubernatorial hopefuls Bill Lee and Karl Dean will now face off against each other in November. Political analyst believe the Democrats may have a fighting chance. 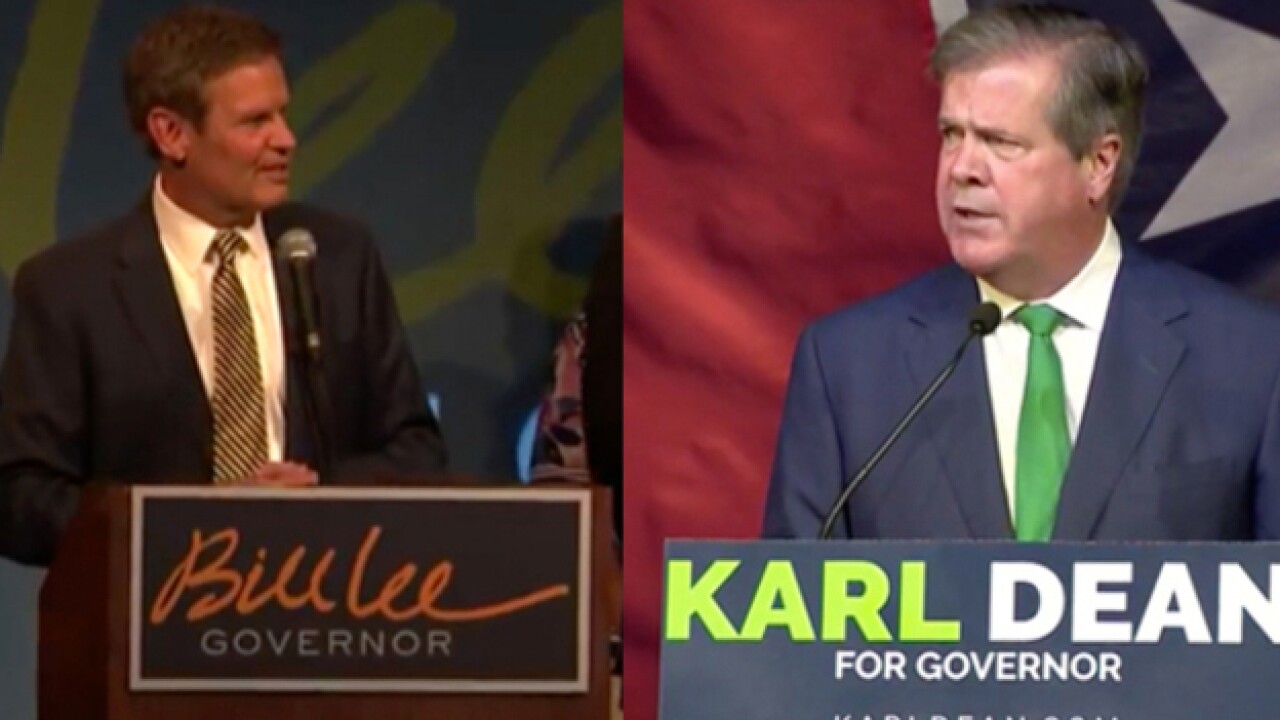 Gubernatorial hopefuls Bill Lee and Karl Dean will now face off against each other in November. Political analyst believe the Democrats may have a fighting chance.

“It may say that statewide we're a more moderate state that we may look from the outside,” said Pat Nolan, NewsChannel 5 Political Analyst.

After Thursday's Primary Election, who may become Tennessee's next Governor is up in the air.

Political outsider Bill Lee just became the Republican nominee and Karl Dean won the Democratic nomination. But right now it seems like Lee is the favorite in this race.

“He's got the President now in his court and Governor Haslem has come off the sidelines in his favor so he's probably the favorite going into the Fall. But, Karl Dean on the Democratic side has at least a pretty decent chance,” said Nolan.

After Thursday’s Primary, some may say that statewide Tennessee is a more moderate state, and Gubernatorial hopeful Karl Dean is looking to snag the independent votes come this November.

“I think Democrats will be united. The question is can they pull over enough, or manufacture enough Democrats for the day between now and November and can they bring the Independents over? He's got to find a way to get more votes on his side,” said Nolan.

Many believe cross over voting may have influenced Diane Black's defeat.

“I think there was some cross over by Democrats who didn't even want her to be on the Republican side. You can be a Republican for the day or a Democrat for the day with the way we do our Primary voting but that's hard to discern whether a big difference it made,” said Nolan.

But now with the Primary over, both Lee and Dean are hoping to earn your vote come November 6.

Many believe President Trump's endorsement will help out Lee.

Congratulations to Bill Lee of Tennessee on his big primary win for Governor last night. He ran a great campaign and now will finish off the job in November. Bill has my total and enthusiastic Endorsement!

Trump won 61 percent of the vote against Hillary Clinton.