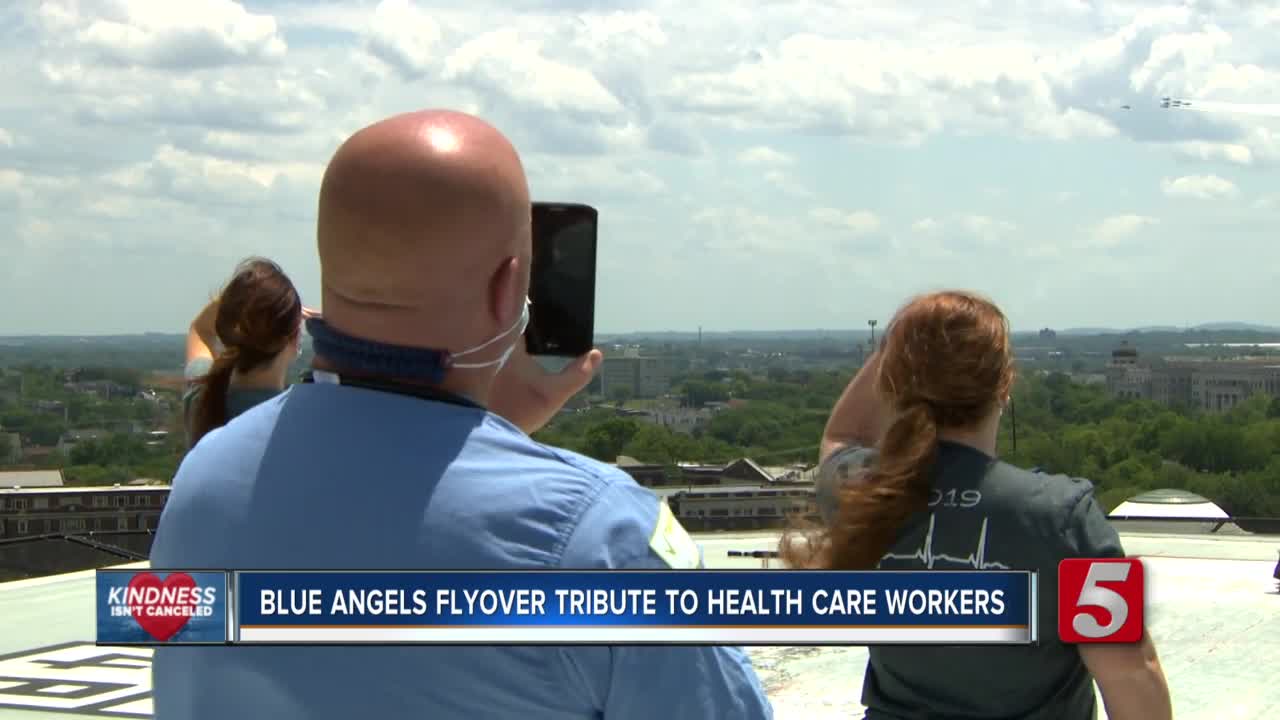 The airmen have been flying over various cities across the nation in a salute and thank you to health care workers, first responders and all essential workers who are a vital role in the community's fight against COVID-19. 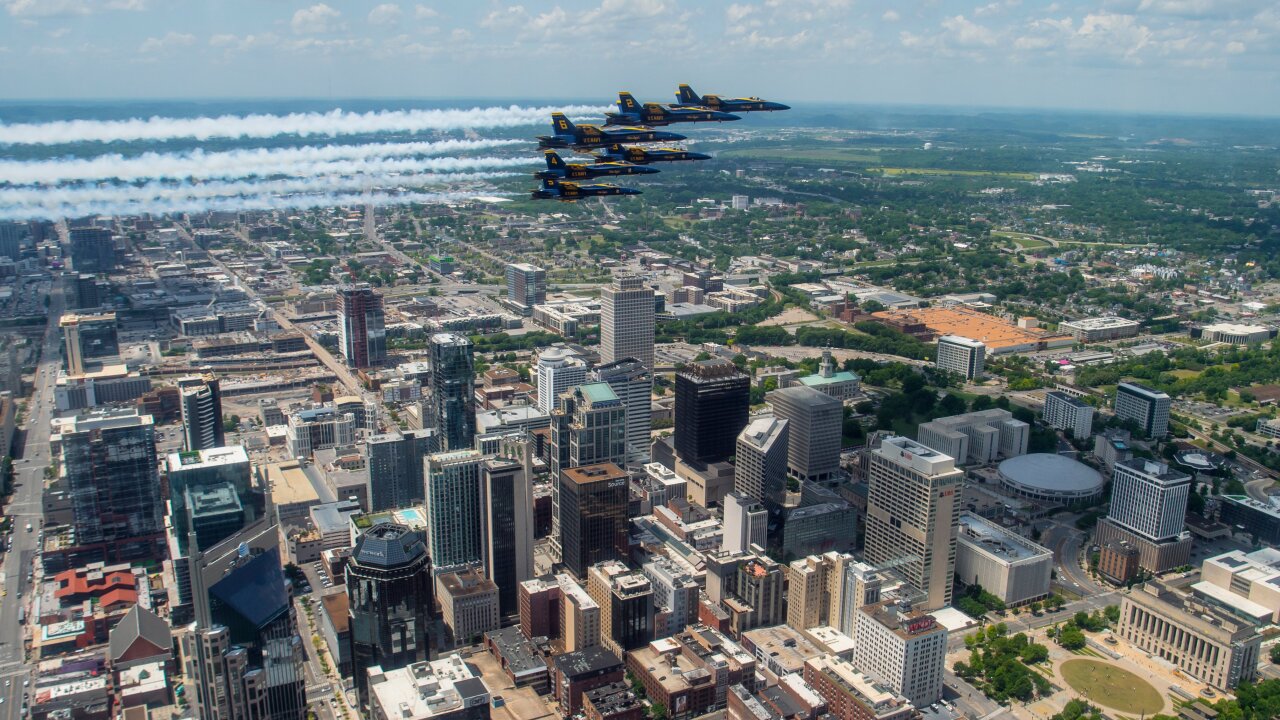 The Navy flight demonstration squadron headed into the greater Nashville area around noon.

Photos: Blue Angels flyover in Nashville on May 14

The airmen have been flying over various cities across the nation in a salute and thank you to health care workers, first responders and all essential workers who are a vital role in the community's fight against COVID-19.

"I got a little choked up," said Ashley Jefferies. It was a sight for sore and overworked eyes. Ashley and her colleague Carmen Morrision found just a brief moment in their hectic day inside Vanderbilt's Emergency Room to look up.

"I love my job and I love what I do and I think it’s the best job in the world, but I’ve never expected this kind of thanks and appreciation," said Jefferies.

This demonstration of military might, in a way, was a gesture from one front line to another. "I’ve never thought of myself as a hero or anything like that and that’s what they’re calling us. It’s so humbling and overwhelming sometimes," said Jefferies.

Leah and Teresa are Lifeflight nurses, who assumed they would miss Thursday's soaring performance by the Blue Angels. Luckily, they arrived back to Vanderbilt with just a few moments to spare. "We flew in for a patient transport and this was just a really really heartwarming surprise," said Leah Brady.

For two women who are used to aerial agility, they were floored by the Blue Angel's performance, and were touched by the message. "I don’t think I’ve ever felt this much support in my nursing career, up to this point. To know the community has been behind us has just been exceptional," said Teresa Fulwood.

You can watch a replay of the flyover below: