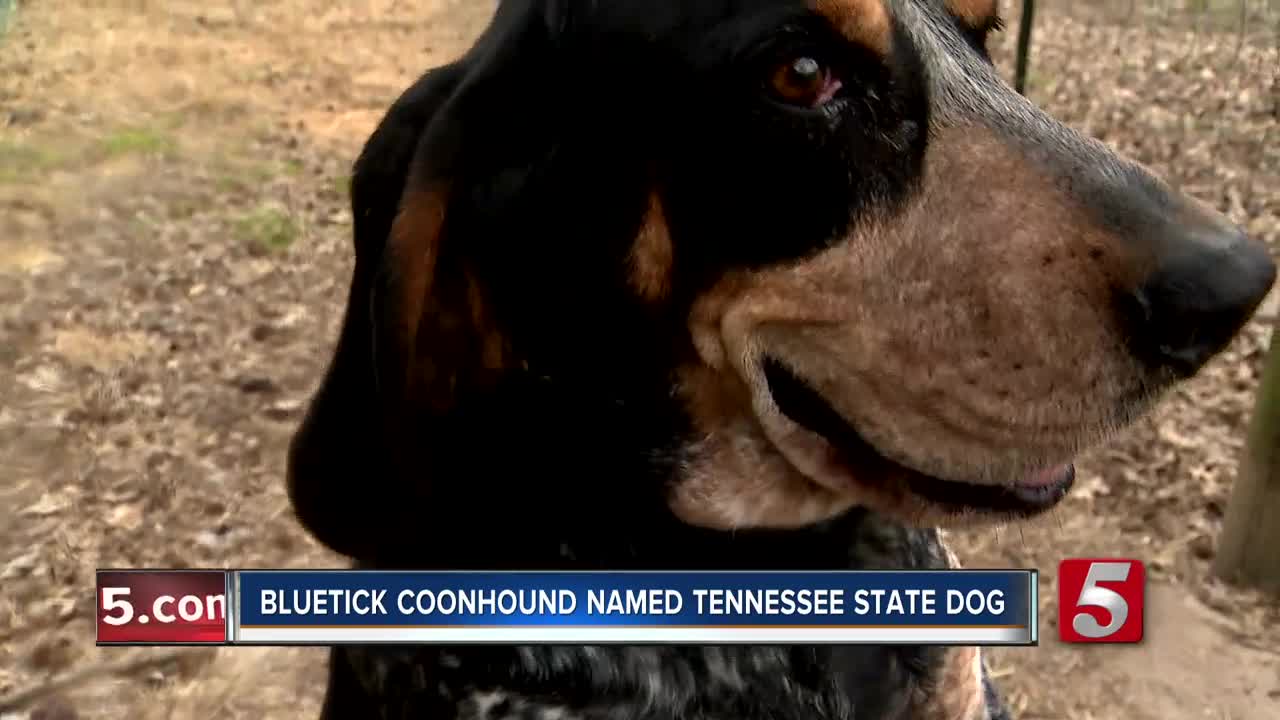 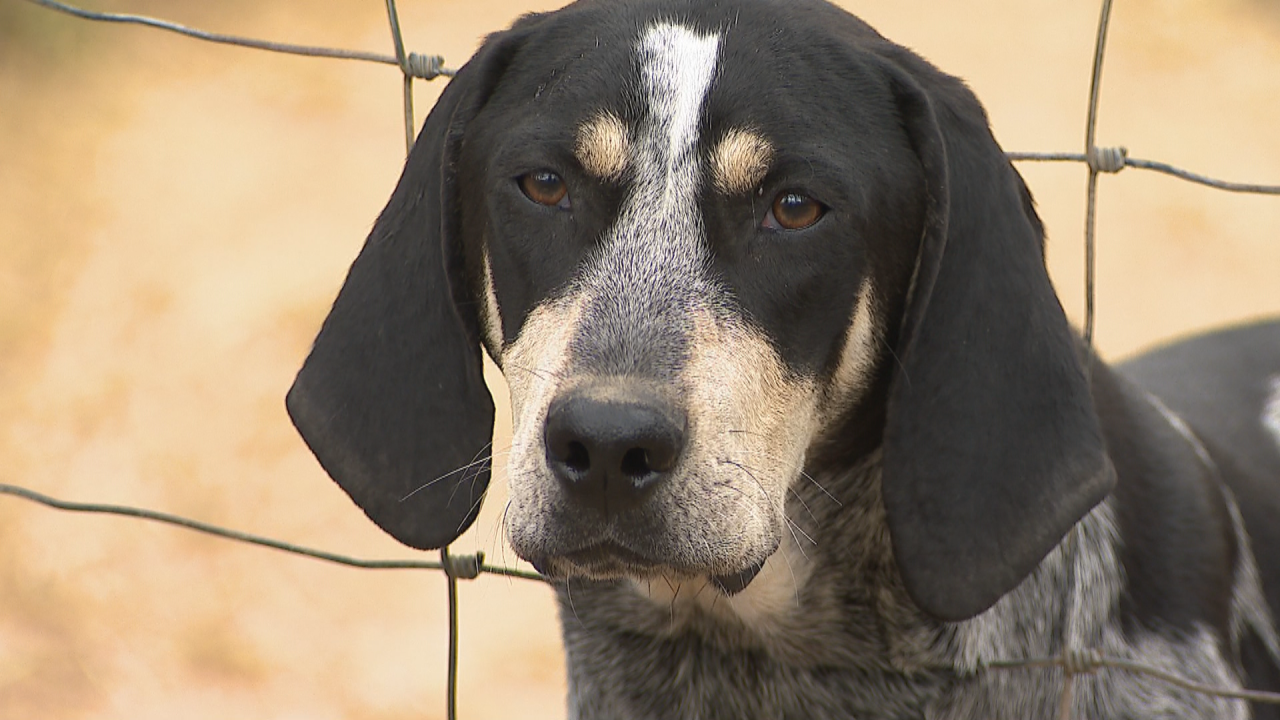 SHELBYVILLE, Tenn. (WTVF) — Tennessee lawmakers have made it official: The Bluetick Coonhound is the state dog of Tennessee.

The legislation easily made its way to the governor’s desk, and once the designation was made official, at least one Tennessee breeder got a bump in inquiries about the dogs.

“Since the laws been passed, I’ve been flooded with emails and messages about puppies,” Wendy Davis, owner of Davis Branch Blueticks in Shelbyville, said.

Davis had a Bluetick Coonhound as a family pet growing up and fell in love with the breed, but when she tried to find one for a pet as an adult, she had trouble finding one that was bred in Tennessee.

Because of that fact, she started breeding her own dogs, both for her own enjoyment, and so others can have a Tennessee-bred Bluetick.

“I breed these because I think people in Tennessee should have a Tennessee Bluetick. It’s just the way it should be,” Davis explained.

While the dog is known for its looks, its personality also shines through.

Named “Smokey,” there have been 10 different dogs that have assumed the role over the years, with the first nine all coming from the same bloodline out of North Carolina.

For Smokey X, UT decided they wanted a Tennessee Bluetick to take over the role, and that’s when Davis received the call.

The University of Tennessee asked her if they could use one of her dogs to serve as the official mascot, and she had no hesitation in saying yes.

To this day, she remains very proud of her Smokey, and she loves seeing him represent both UT and the state of Tennessee.

“Just about every ball game we go to and I see Smokey come out on the field, I’m ready to go into tears,” Davis said. “I don’t have children, so for one of my ‘children’ to go to University of Tennessee is just amazing.”

Now with Tennessee choosing the Bluetick Coonhound as the state’s official dog, all of her Blueticks represent something a little extra, and she hopes that people will realize how special these dogs are, and that people will seek out Tennessee born and raised Blueticks to have as their own.