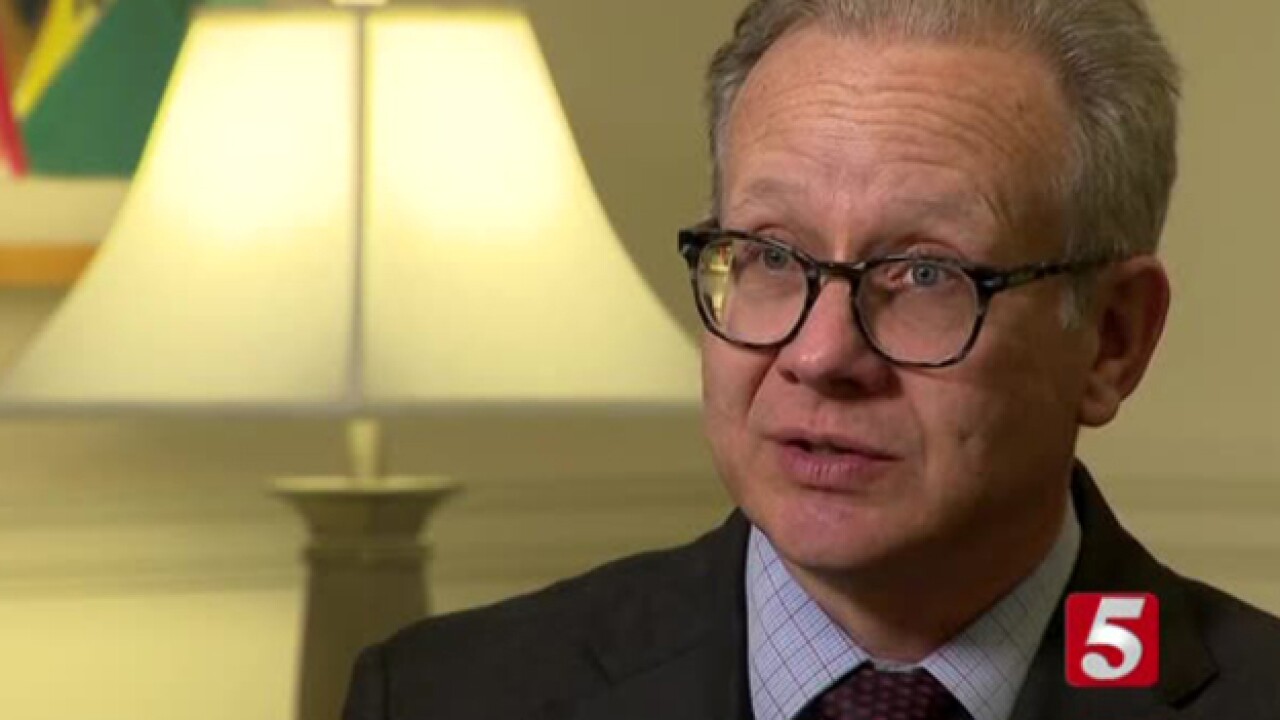 Nashville Mayor David Briley sent next year's budget to Metro Council, which he said does not raise taxes.

The budget for Fiscal Year 2019 does ask all department heads to maintain a status quo budget.

“Nashville has enjoyed historic revenue collections in recent years, but shortfalls in several areas this year mean we have to make tough decisions for the city. A tax increase is not on the table, and we have to be fiscally prudent and careful with our funds. To that end, I have asked all Metro departments to tighten their belts and manage a status quo budget. Citizens expect us to manage the circumstances in front of us and keep our city on a healthy fiscal track, and that’s what we’re going to do,” said Mayor Briley.

Reports stated the $2.23 billion operating budget has a one percent growth over the current fiscal year, equaling an increase of $22 million.

However, the mayor said the proposed budget comes with a $34 million revenue shortfall in the current fiscal year.

The shortfall comes from property tax revenues, state education funding, and other revenue sources coming up short of what was projected.

“The fundamentals of the City are very strong. We had difficult choices to make, but we will manage through this budget cycle as efficiently and seamlessly as possible,” Mayor Briley said.

Some have expressed major concerns over the fact the proposed budget does not meet the three-year cost-of-living increase pay plan that was approved in 2017 for Metro employees.

Those employees will also not see an increase in their health insurance premiums, but retiree health benefit costs will increase by $2.2 million due to a growth.

Mayor Briley said the budget does include an $8.5 million increase for salaries, funding increments, and open range increases. He added that means a vast majority of Metro employees will see more in their paycheck.

“With the shortfall in revenue and no tax increase, we simply couldn’t meet the cost-of-living commitment. I know that public service does not come with private sector salaries, and the dedicated and very hard-working employees of Metro absolutely deserve a pay increase. This proposal means the majority of employees will see increases in their salaries, and no one should see their take-home pay decrease,” said Mayor Briley.

Public education will be allocated a $5 million increase. Briley has recommended that be used for employee step raises.

That increase came with the approximately $15 million in city funds provided to address a shortfall that was the result of a decrease in state BEP funding in the current budget.

Metro has also been facing a $9.4 million increase in its debt service obligations, which has been attributed to funding school facilities.

The proposed budget also gives an $11.1 million increase to Nashville General Hospital, which brings the funding to $46.1 million. That has been designed to meet the Hospital Authority’s request without requiring a supplemental appropriation.

Public hearings will be held, along with hearings with each department. Metro Council has to pass a balanced budget by June 30.

A capital spending plan will be submitted by Mayor Bailey to Metro Council after the close of this fiscal year, which ends later this summer.

The mayor will give the 55th Annual State of Metro Address at the Downtown Public Library at 10 a.m. Friday.

For a more in depth look at the proposed budget, click here.