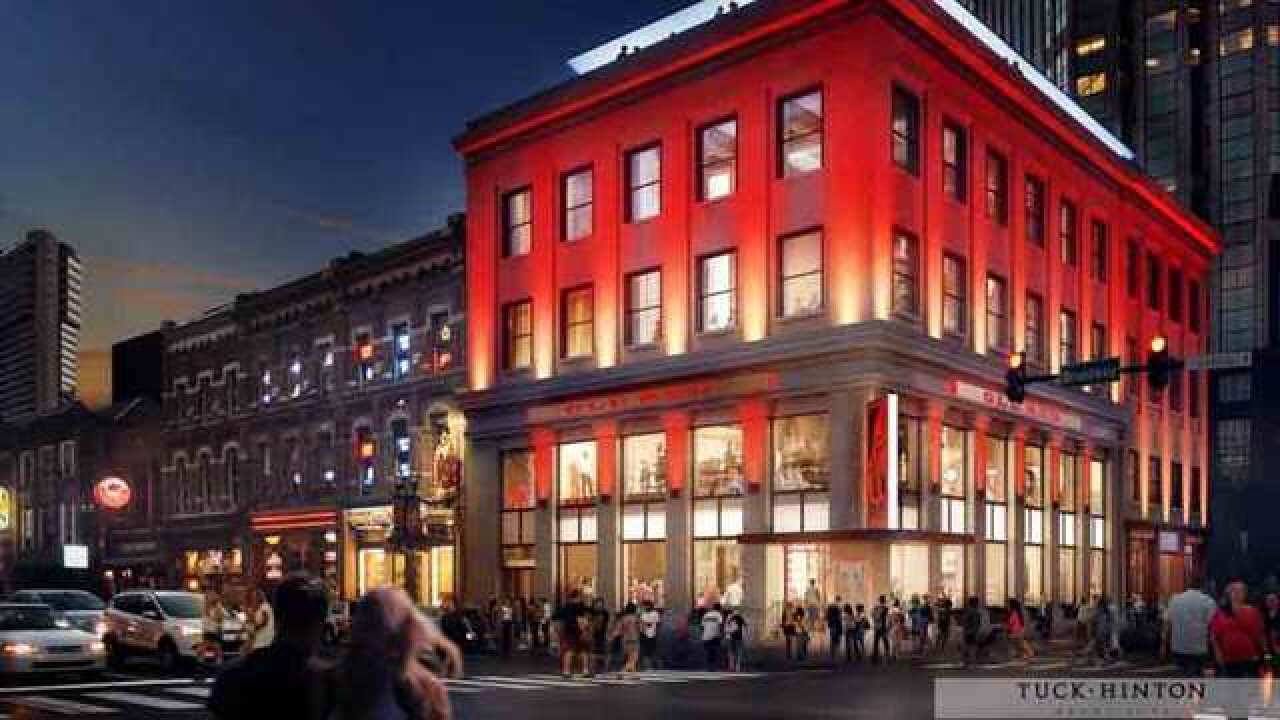 NASHVILLE, Tenn. (WTVF) — Ole Red honky-tonk on Broadway has been banned from lighting its exterior with red lights.

On Tuesday, a Metro judge ruled in favor of the Metro Historic Zoning Commission in its lawsuit against Ryman Hospitality Group, of which Ole Red is a part. The lawsuit concerned the Blake Shelton-themed honky-tonk's use of red lights on the outside of the building. Going forward, Ole Red can only use white lights on its exterior.

Regulations in the City of Nashville prohibit the use of colored lights outside of buildings in historic overlay districts.

Ryman Hospitality Group's argument in the lawsuit was that their red light design was planned before the light restriction was put in place.

"We disagree with Tuesday's decision. We strongly believe that our original lighting design, which was planned well before the current lighting guidelines were in place, strikes the right balance between honoring the historic character of our building while also being compatible with its present-day surroundings," a Ryman Hospitality spokeswoman said. "We are exploring and intend to pursue additional avenues that will ultimately allow us to light our building in accordance with the original design.

An historic overlay district is one where restrictions are put in place to protect the character of historical areas. Nashville's Broadway is one such district.