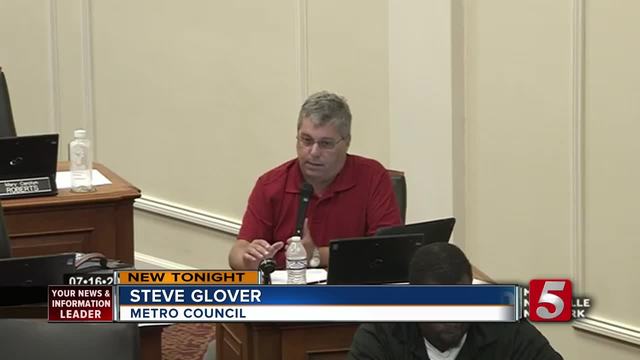 The Metro Nashville Budget and Finance Committee voted to recommend the suspension of action of the lease-redevelopment related to an MLS stadium at the fairgrounds.

The Metro Nashville Budget and Finance Committee voted to recommend the suspension of action of the lease-redevelopment related to an MLS stadium at the fairgrounds.

The committee made the 4 to 2 vote during Monday night's meeting. It will be taken up in Tuesday's City Council meeting.

According to Councilmn Steve Glover, it is not a binding resolution, rather a way to slow the plans down while they figure things out, and specifically make sure the city is not put in financial jeopardy with the current plans.

Glover has been outspoken, saying a lot of the questions they have surrounding the MLS stadium at the fairgrounds have not been answered.

"What I'm asking us to do is to ask the commissions and the boards to slow down. Before we put ourselves in harms way and we jeopardize the taxpayers, we start signing deals when we can't actually accommodate what might be promised in the deal and the next thing we find out is we have to build a parking garage, we have to do this, we have to do that."