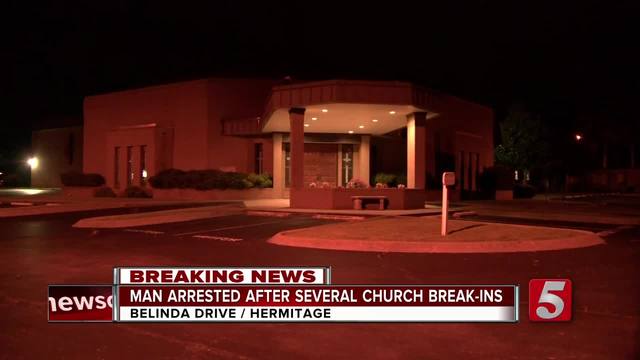 Officers captured a man breaking into a church, and they confirmed he was also connected to four other burglaries at that location. The crime happened early Friday morning at Hermitage United Methodist Church. 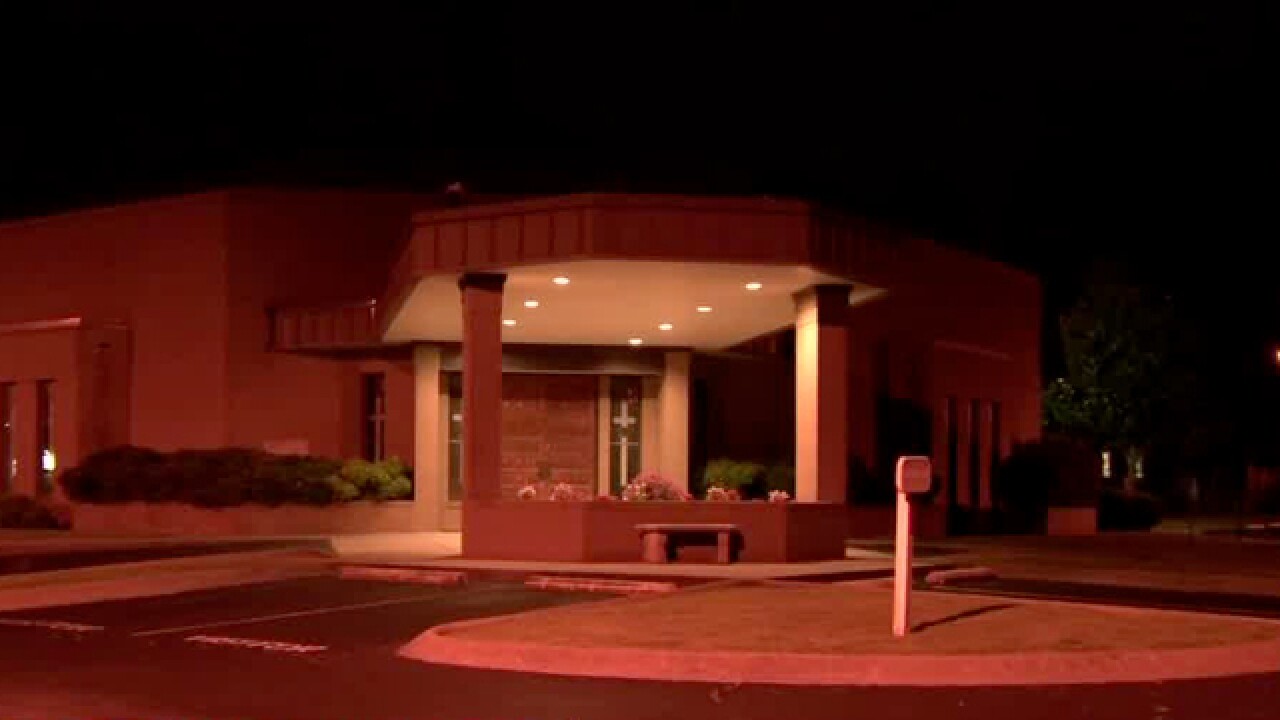 Officers captured a man breaking into a church, and they stated he was also connected to three other burglaries at that location.

Police said they responded to a burglary call and ended up catching the suspect leaving out of the back of the building.

According to an affidavit, Joseph Parker called police saying a man was shown on security cameras inside the church. He added he was alerted by a notification on his phone due to the motion-activated cameras.

Officers arrived at the scene, and one of them spotted a man matching the suspect's description running from the back of the building.

After a short pursuit, they took him into custody. He was later identified as Kerry L. Dowell.

Authorities confirmed two cameras that had just been installed were missing from the church. The cameras were valued at $200, and they were not recovered at the time of Dowell's arrest. The office door also had damage.

According to Parker, Dowell was reportedly the same man they had seen on camera in three previous break-ins at the church.

Dowell stated he did go to the church early Friday morning, but he claimed he didn't take anything.

Warrants were obtained in the other three break-ins, and Dowell was charged with burglary.