Reverend Lisa Cook was shocked to learn someone stole parts from a van she normally would use to run her homeless ministry. 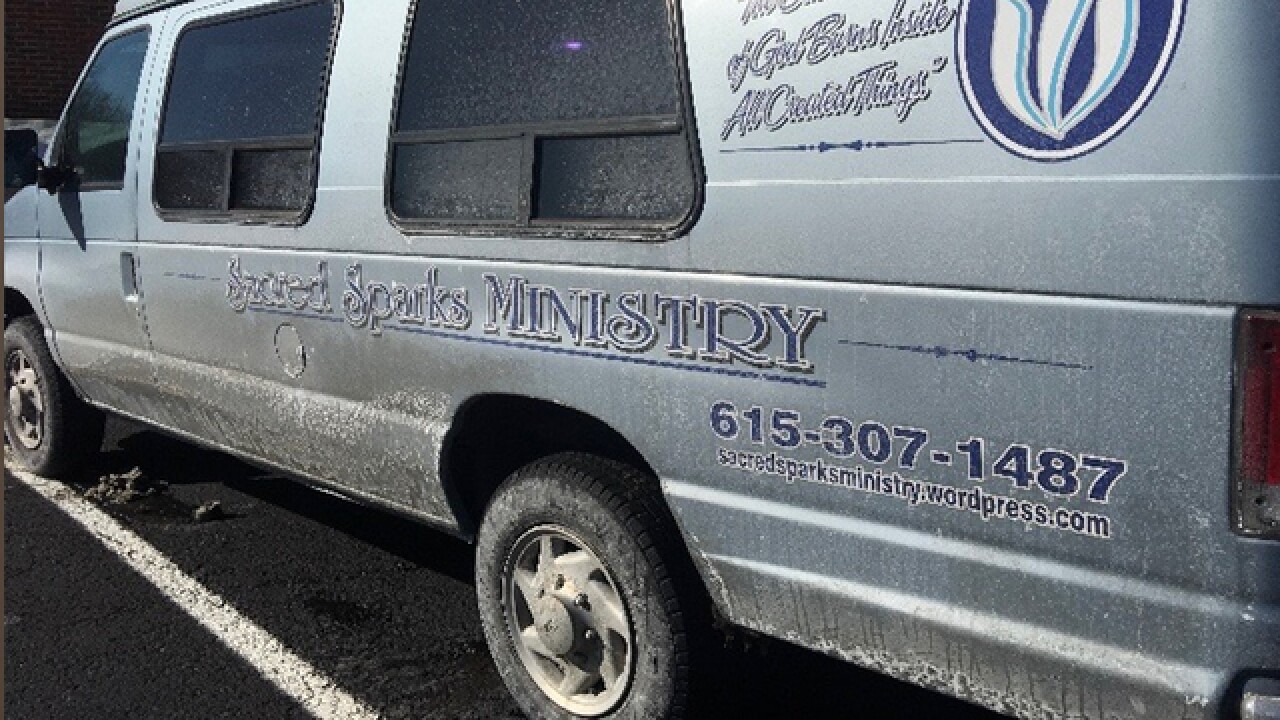 Reverend Lisa Cook was shocked to learn someone stole parts from a van she normally would use to run her homeless ministry.

Cook started Sacred Spark Ministry, an outreach of Nashville Presbytery of the Cumberland Presbyterian Church, in 2014. Part of her mission is to pick up about 30 homeless men and women from designated spots and bring them to a laundromat.

The goal is to wash their clothes for free every Wednesday while ministering to them.

"We have churches that donate quarters and money to do the laundry and laundry soap, and we always have food and lunch together," Cook told NewsChannel 5.

However, after returning from a sabbatical to begin what she calls "laundry ministry," the van clearly wrapped with her ministry's logo was acting funny.

"The van didn't sound and act right. I managed to get it to my mechanic and was told during my time off that someone came to my property and cut off parts of the van including the catalytic converter," Cook said.

The van had been in the driveway on Dalemere Court when it was targeted.

Despite the burglary, Cook was still able to transport her homeless family by using a van donated by a funeral home, but it does not have seats.

"I had to move people in the van which is not the ideal scenario," she added.

"I just don't understand how someone can be so cruel to do something like that to a beautiful person willing to help anybody," Valegia Tidwell, Cook's friend, said.

For now she plans to get an estimate to see what she can get fixed. The ministry is operated strictly on donations.