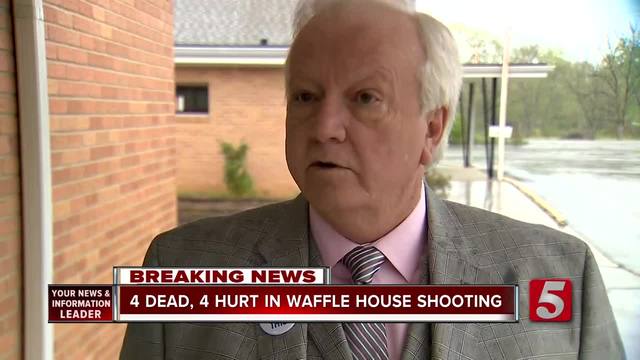 Burnette Chapel Minister Joey Spann reacts to the fatal Waffle House shooting that happened about a year after a gunman opened fire at his own church. 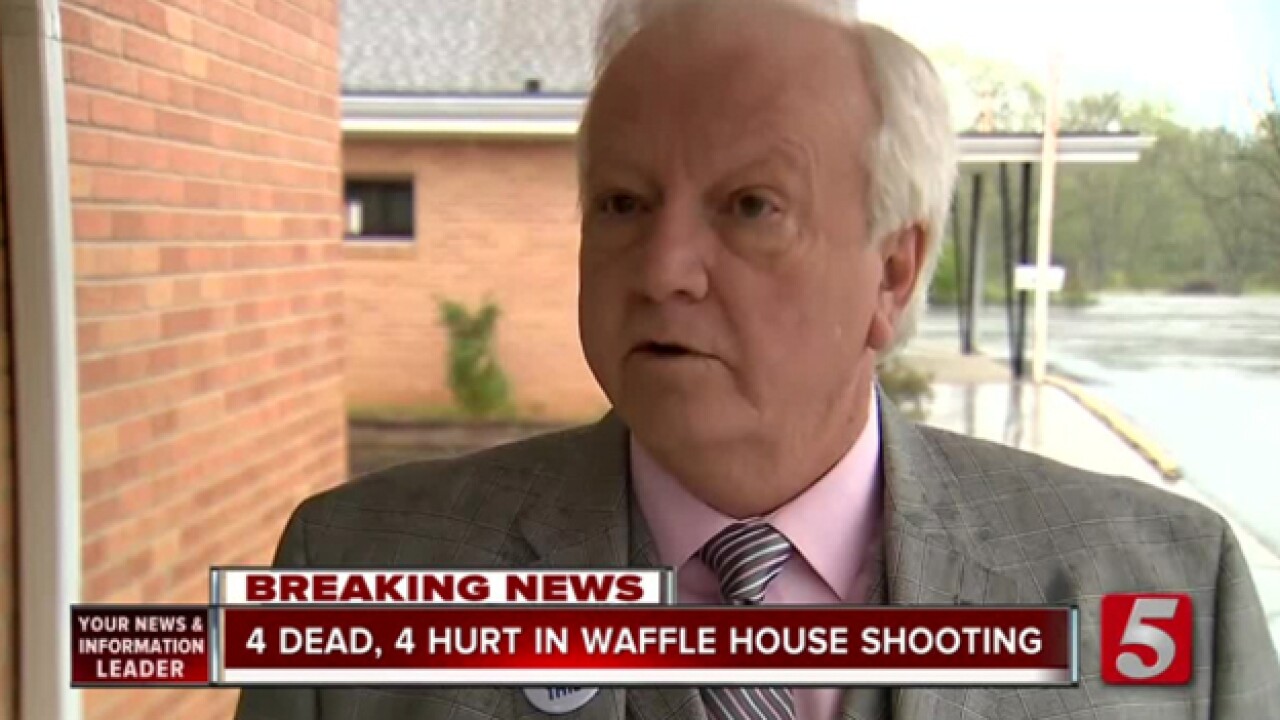 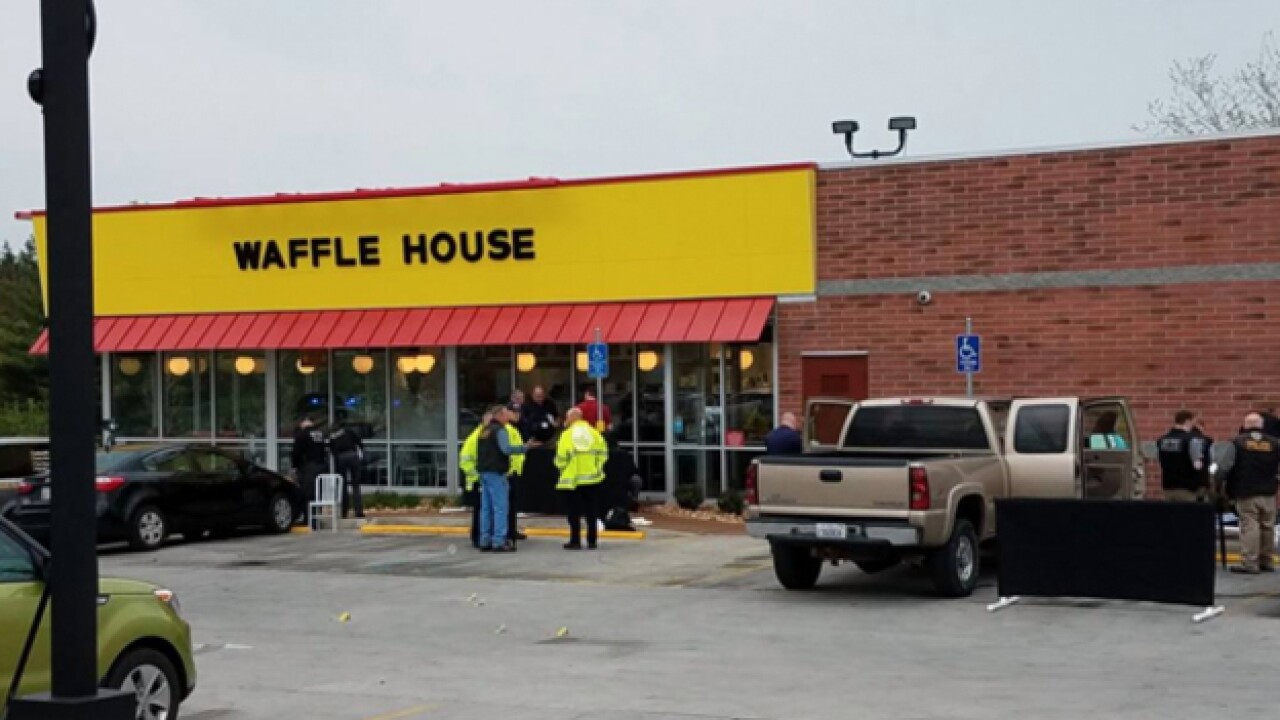 Four people were killed and several others injured in a mass shooting at a Waffle House in Antioch.

The restaurant is near the Burnette Chapel Church of Christ where last year 1 person was killed in a shooting.

Officers continued searching for the suspect Sunday in the Waffle House shooting while services were held at Burnette Chapel.

Minister Joey Spann, who was injured in the shooting said his congregation would be praying for those impacted by the shooting.