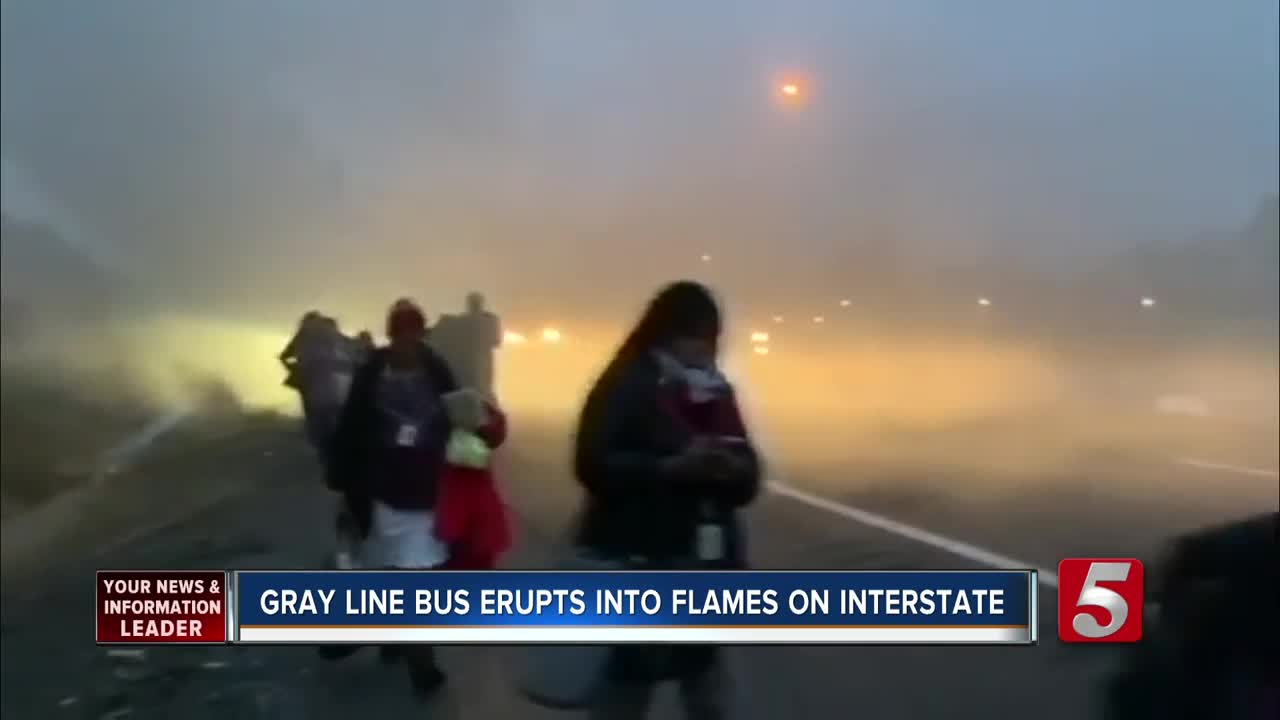 Several passengers were able to escape a Gray Line bus after it caught fire on Interstate 24 in Nashville. Eastbound lanes are blocked while fire crews remain on scene. 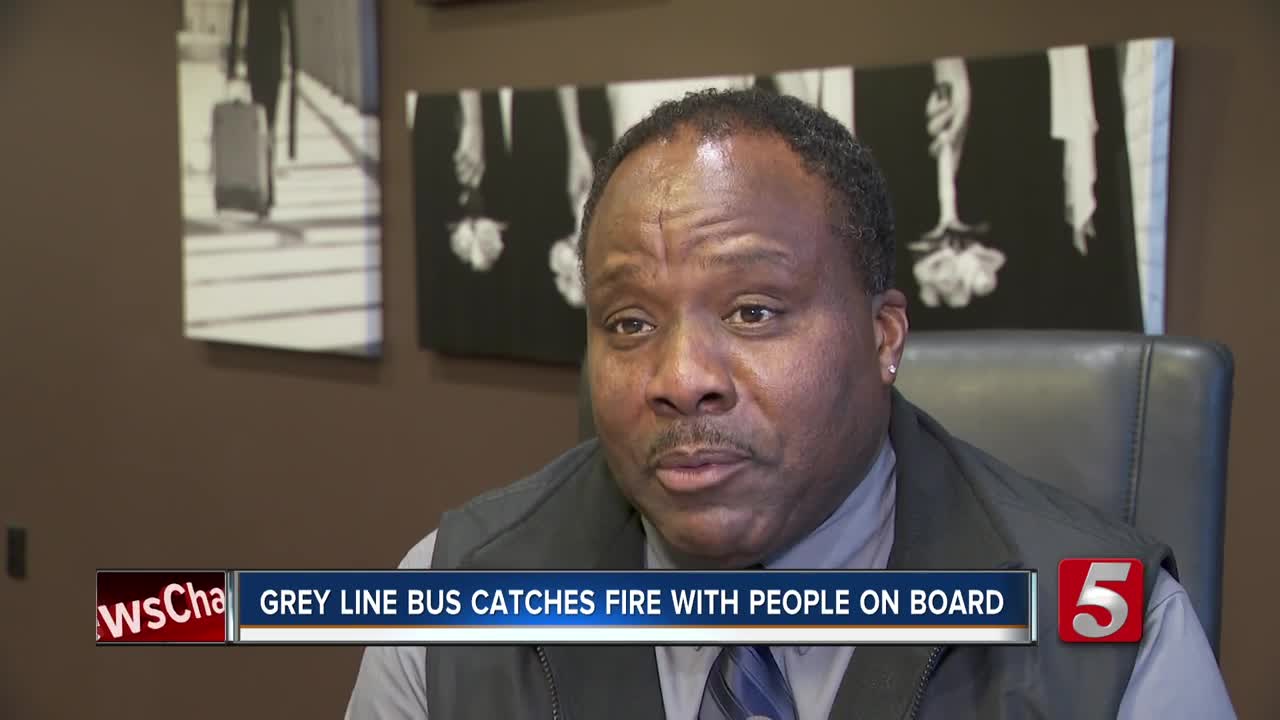 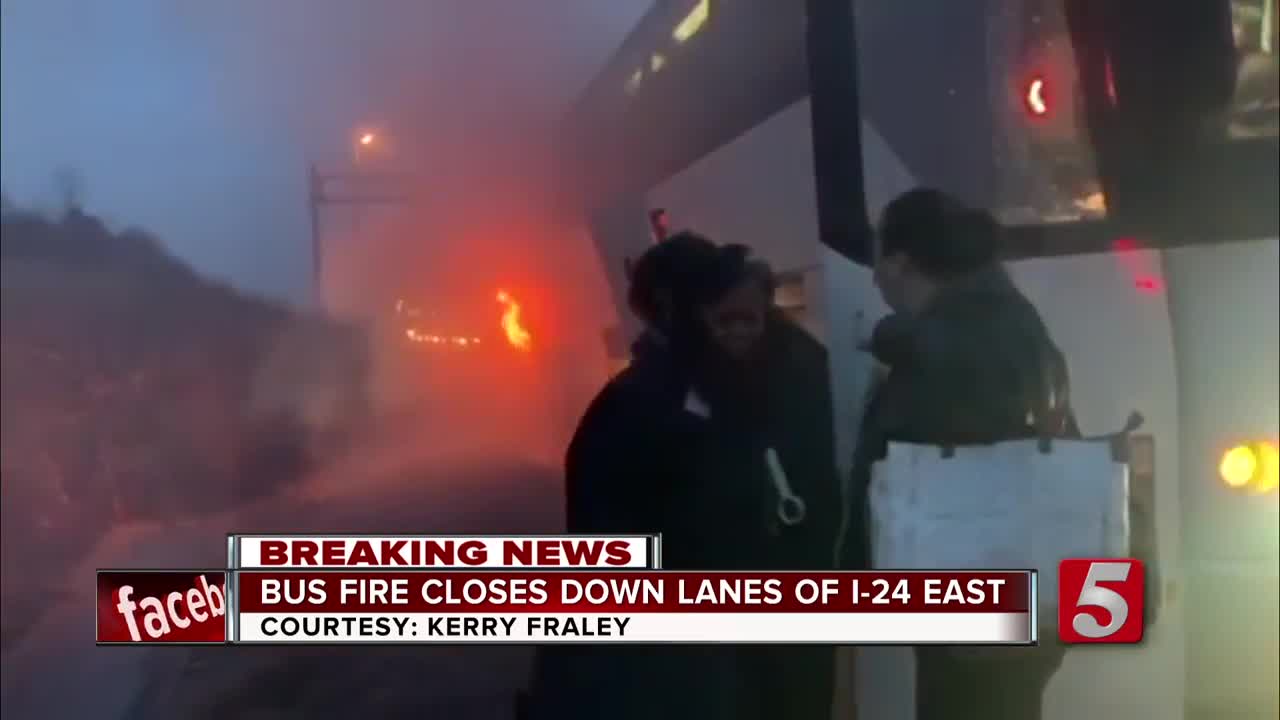 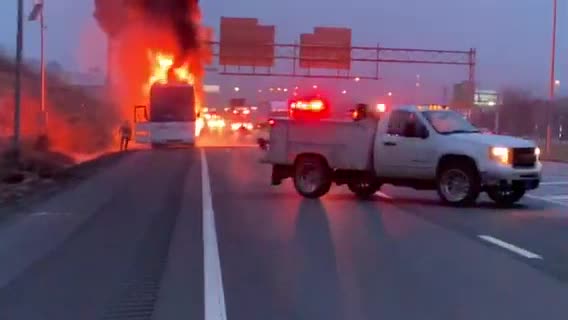 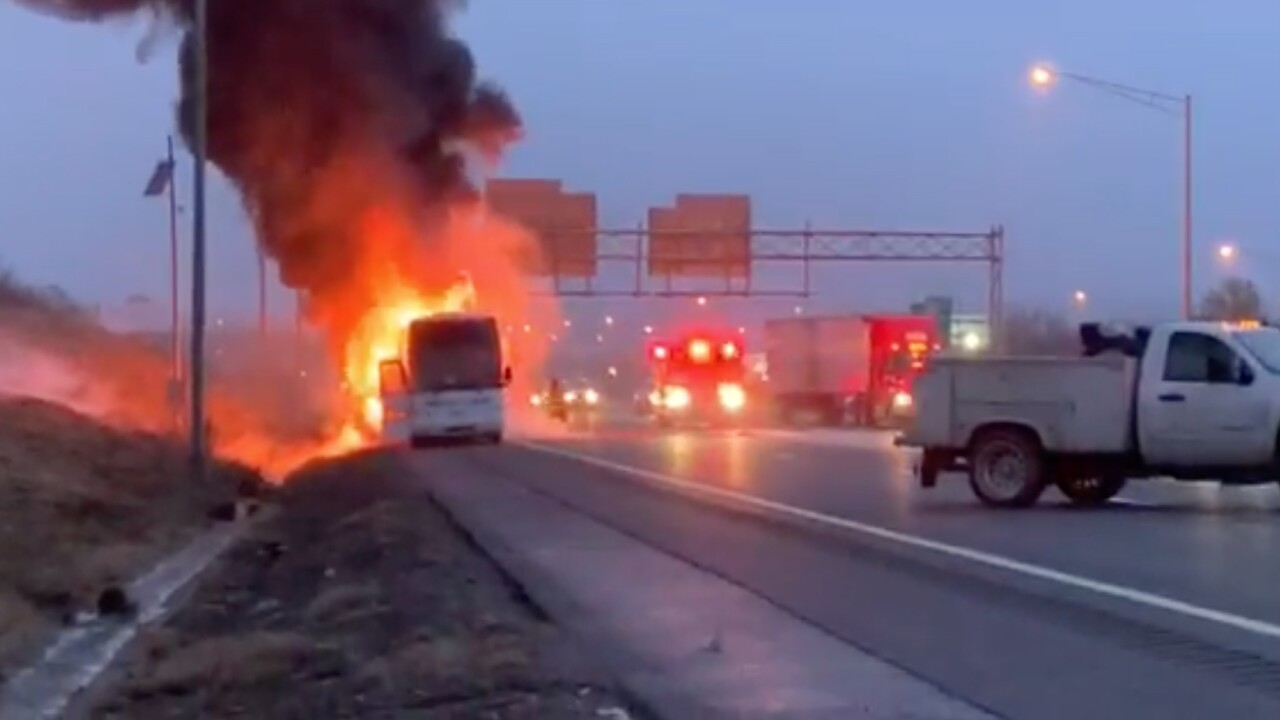 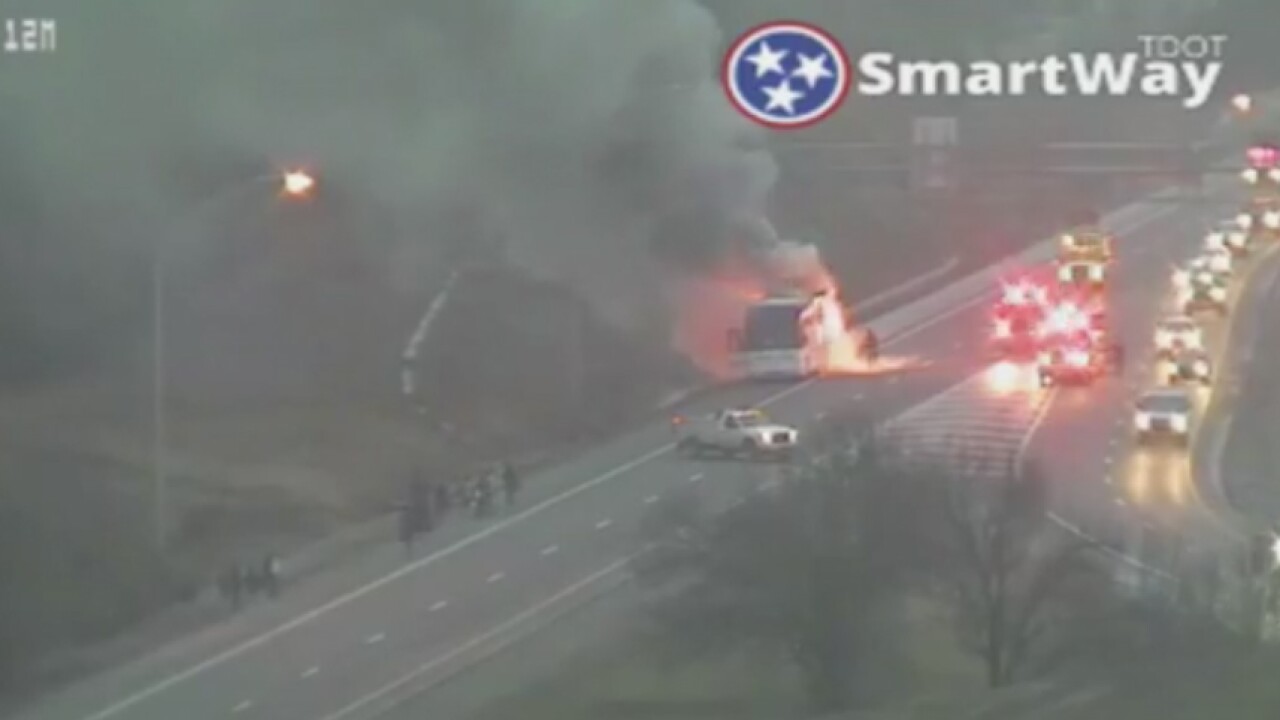 NASHVILLE, Tenn. (WTVF) — Several passengers were able to escape a Gray Line bus after it caught fire on Interstate 24 in Nashville.

The incident was reported early Thursday morning in eastbound lanes near the merger with I-65.

It’s unclear what caused the bus to catch fire.

Eastbound lanes were blocked while crews worked to put out the blaze. One lane of the interstate has since reopened.

The bus was carrying state workers to Music City Central from Clarksville. Kerry Fraley was on the bus and credited the driver for getting everyone off just in time.

The passengers were placed onto another bus and were able to continue on their way.

First responders confirmed no one was hurt.