Doctors see more elderly patients than ever before 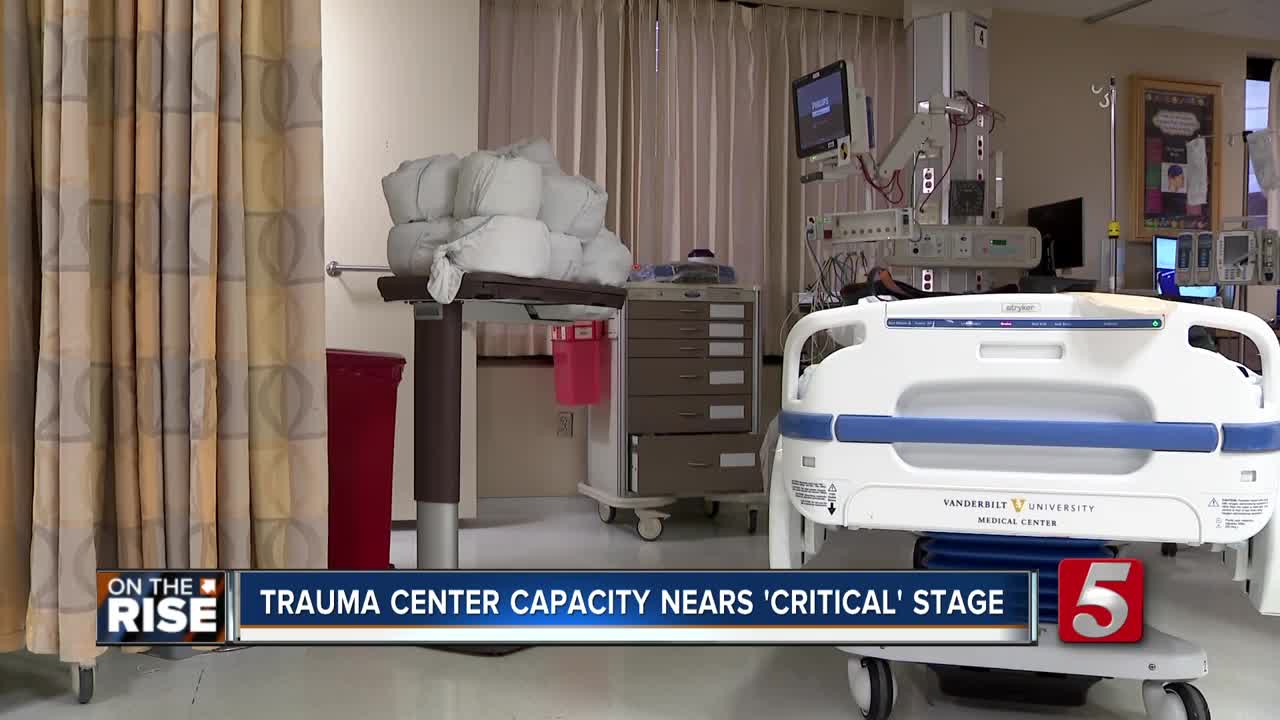 One of the leaders of the only Level I trauma center in middle Tennessee said it is time to start thinking of options to handle the influx of critical patients as the population continues to exponentially grow. 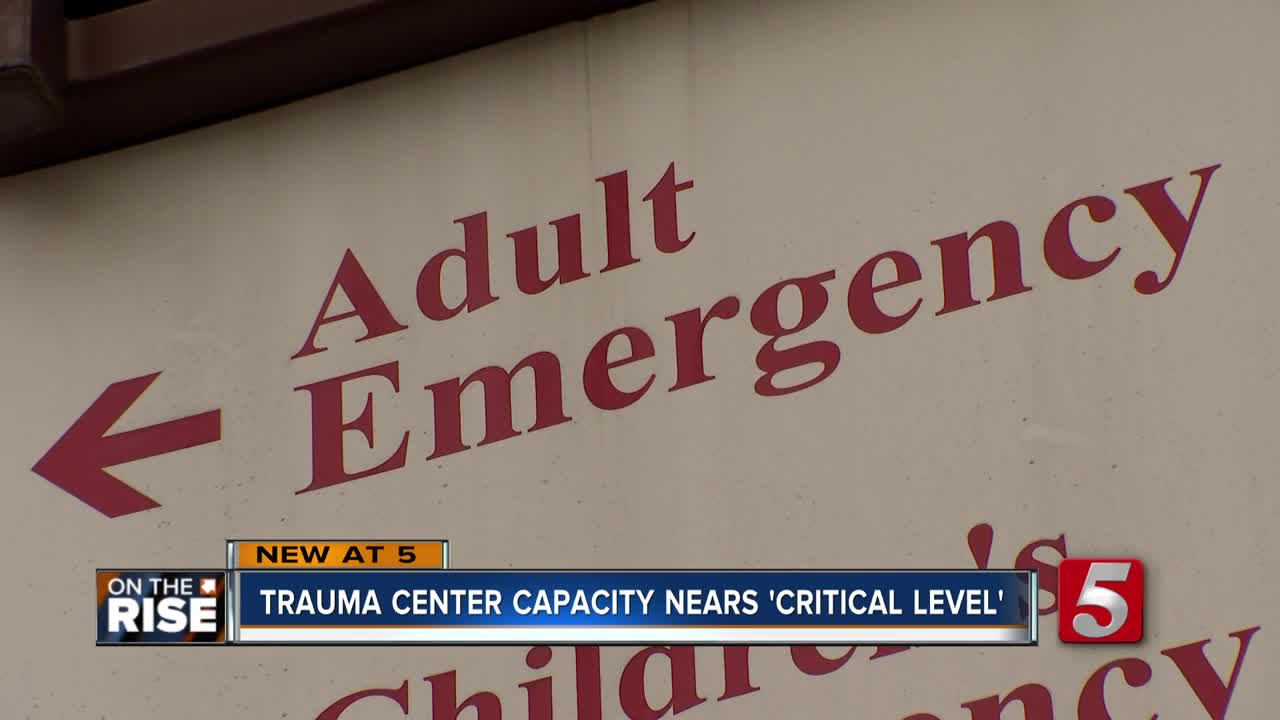 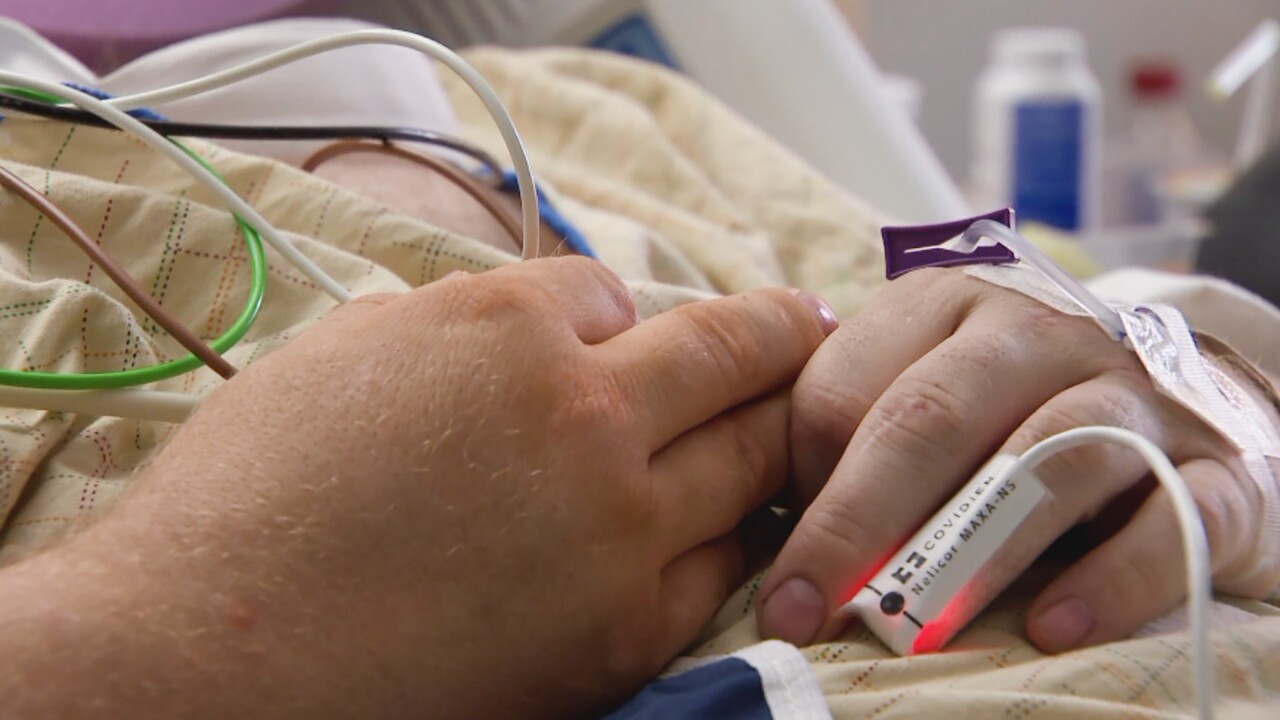 NASHVILLE, Tenn. (WTVF) — One of the leaders of the only Level I trauma center in middle Tennessee said it is time to start thinking of options to handle the influx of critical patients as the population continues to exponentially grow.

Dr. Rick Miller, Chief of Division of Trauma and Surgical Critical at Vanderbilt University Medical Center, estimates the number of severely injured patients admitted to the trauma center will reach about 4,000 by the end of the year. It averaged around 2,500 admissions per year in the early 2000s.

He described the capacity is getting to a "critical level."

"Our capacity is over 95 percent all the time so we are constantly moving patients out of our units that are less sick to bring in the sick patients," Dr. Miller told NewsChannel 5. "We're trying to search for ways to be able to accommodate the rapidly growing population in this area."

The growth in Davidson County has a rippling effect throughout the mid-state. VUMC sees the impact since it covers almost 65,000 square miles around Nashville.

Half of the trauma patients come from outside of Davidson County. Half of them also require transportation via a helicopter like LifeFlight or Air Evac.

While it has only been in discussions, Miller believes a construction of a new tower or at least another floor with 30 to 50 more beds to specifically treat critically injured or critically ill patients would be beneficial. It would be a multi-million dollar venture that would likely require support and funding from local and state officials, and possibly nationally.

"In order to build and create would be a five-year endeavor. We have to start thinking about it now if the projection of the area is the continued growth that we're seeing," Miller urged.

For now Miller said his team is working around the confines of the building and staff to ease stress.

"What we're trying to do is to find a potential area in the hospital that we can aggregate our patients. With this increase in population comes fatigue and so we are working in trying to find an appropriate number of personnel," Miller added.

TriStar Skyline Medical Center is the second trauma center in Nashville after it achieved Level II status in 2016. It is still equipped with specialized equipment and resources to treat most severely injured patients including 24/7 on-site trauma surgeons and additional physician specialists.

Miller said without Skyline, capacity would likely be worse.

"Other patients that may not be critically injured can be managed at a Level II. Right now with our population we could not handle all of the trauma patients if we didn't have a Skyline here, there's no way,"

Trauma center designation is voluntary in the state and is overseen by the Tennessee Department of Health through the Office of Emergency Medical Services.

NewsChannel 5 took a tour of the trauma floor at VUMC. Only one bed was available.

Among the patients was 34-year-old James Witherspoon who was flown from Henry County to Nashville on Sunday morning after a head-on collision.

"Everything was happening so slow but I couldn't do anything but brace for impact," Witherspoon said. "I feel better, I was pretty rough yesterday."

His wife Cristy was also by his side and thankful that he did not die.

"It's a little sad but at the same he's strong. I have faith in him," she said.

When thinking of traumatic injuries, car wrecks may come to mind for most people. However, with the population growing so fast, the people that make up trauma admissions at the hospital are also changing.

Collisions used to be the most common reason for trauma admissions. But for the first time in VUMC history, it is falls among the elderly that have exceeded to become the number one admission.

Of the 4,000 trauma admissions expected at the end of the year, 25 percent of them will be over the age of 65. Ten years ago, the number was about 15 percent.

Just below that is the growing number of gunshot or stab wound-related injuries. It makes up more than 20 percent of trauma patients, primarily people in their 20s involved with gun violence.

Domestic-related injuries make up the growing number, followed with suicides which remained relatively the same.