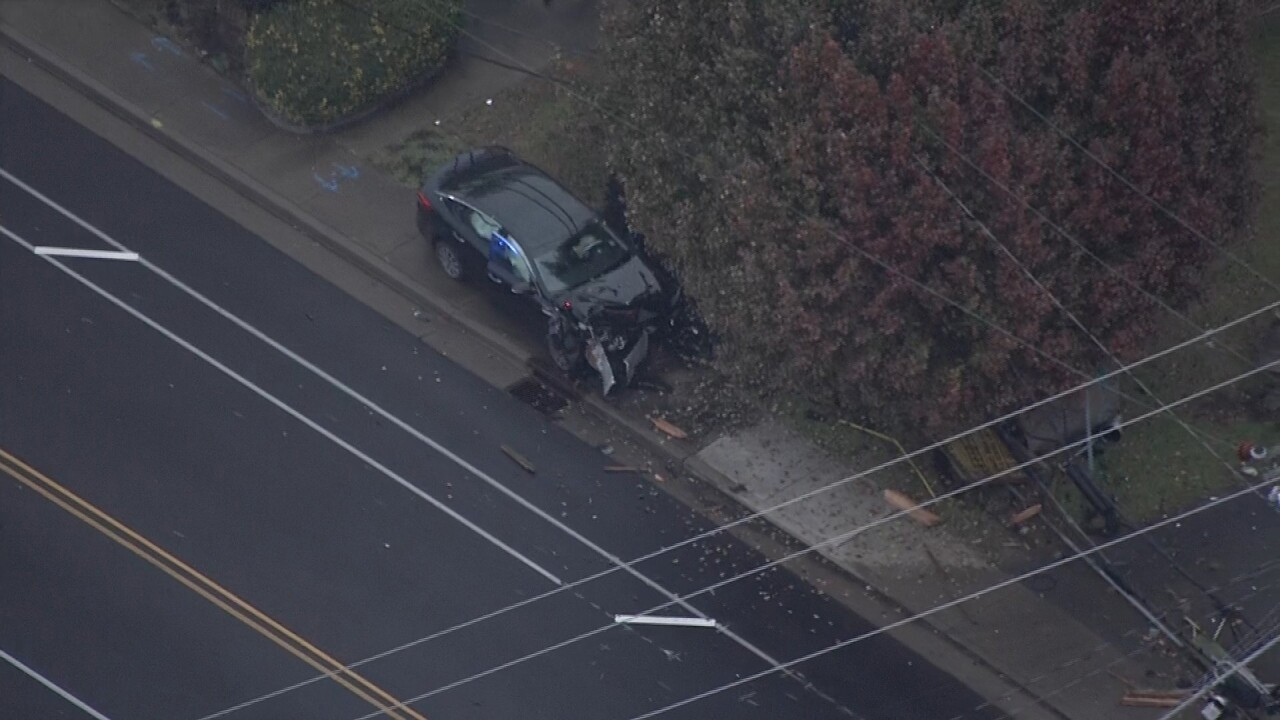 NASHVILLE, Tenn. (WTVF) — A portion of Ed Temple Boulevard in North Nashville was blocked Tuesday morning after a car hit a pole.

This looks BAD. Car smashed pole and knocked it over on Jefferson St near 28th Ave N. Both streets are BLOCKED in North Nashville, near TSU campus. Heads up for any students and staff #5LiveTraffic pic.twitter.com/FM64Ac65uz

It’s unclear what caused the car to hit the pole. The impact of the crash has downed wires across the road.