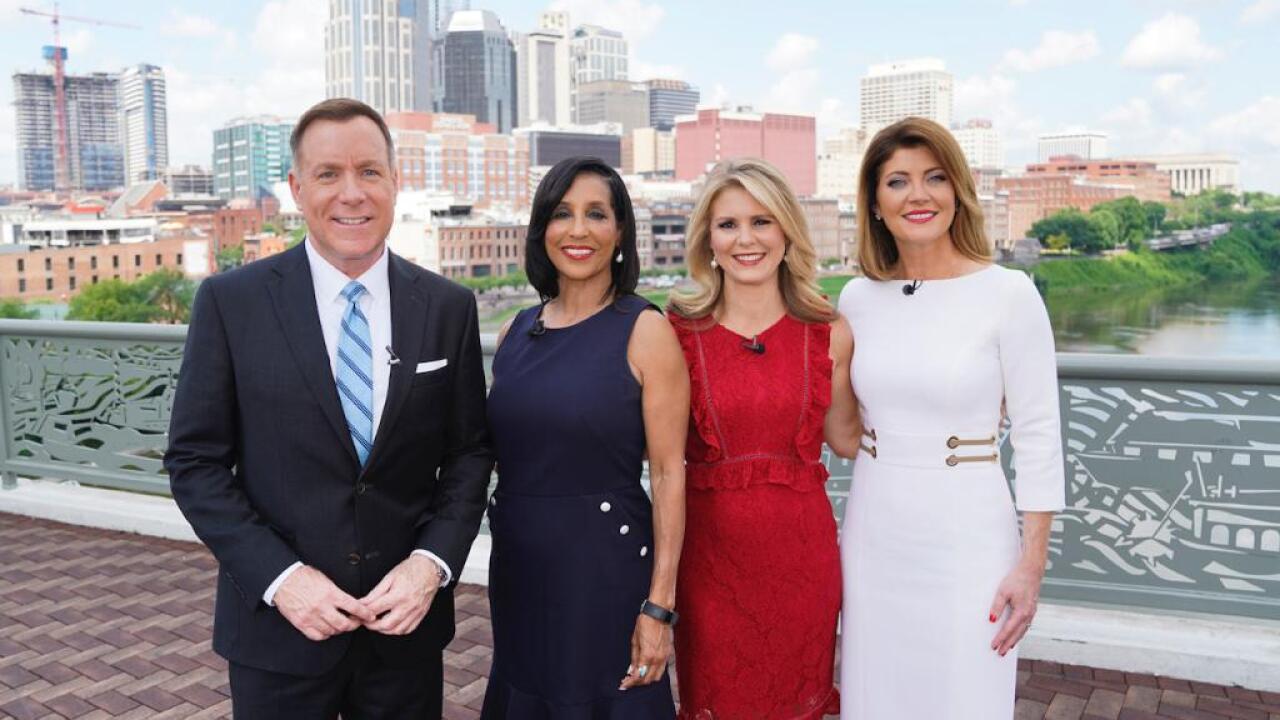 NASHVILLE, Tenn. (WTVF) — Norah O’Donnell, the incoming anchor and managing editor of the "CBS Evening News," made a trip to Nashville on Wednesday.

O’Donnell will make her debut on the "CBS Evening News" on July 15. She will also continue her role as a contributing correspondent for “60 Minutes.”

O’Donnell stopped by NewsChannel 5 while she was in Music City and outlined her vision for the broadcast.

“Our legacy at CBS is the gold standard of journalism and that is our vision for the CBS Evening news,” O’Donnell said. I am honored by this opportunity and I take it very seriously because I believe in the importance of unbiased, objective and factual reporting.”

The “CBS Evening News with Norah O’Donnell” will move to its permanent home in Washington, D.C. later this fall, becoming the only network evening newscast to be based in the nation’s capitol. It will not focus solely on politics, however. Having the broadcast in Washington will add to its importance and stature and give CBS News journalists unique access to top lawmakers, whose decisions have a profound impact on all Americans.

O’Donnell, an Emmy-award winning journalist, has established a reputation as a trusted voice, scoring headline-making interviews with global leaders and newsmakers from all industries during her distinguished career.

O’Donnell will be the third woman in history to solo anchor a network evening news broadcast. She has covered six presidential elections and has reported from every continent except Antarctica.

O’Donnell congratulated NewsChannel 5 for winning four 2019 regional Edward R. Murrow awards for investigative reporting and noted the relationship between the network and CBS affiliates is “critical.”

“We cannot have a successful news organization without the strength of our affiliates,” she said. “You guys are #1. We want to be #1.”

The "CBS Evening News" airs every weeknight at 5:30 p.m. on NewsChannel 5.