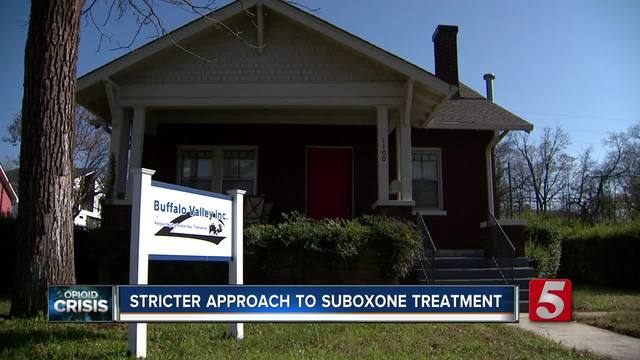 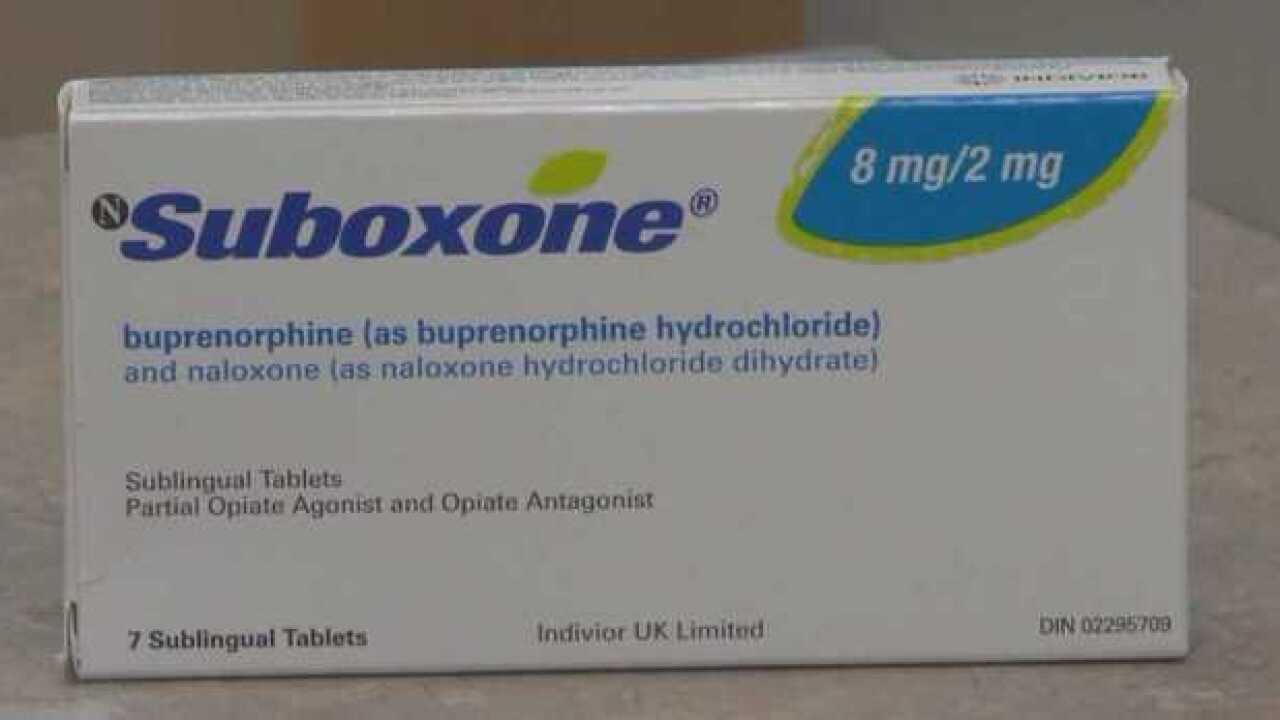 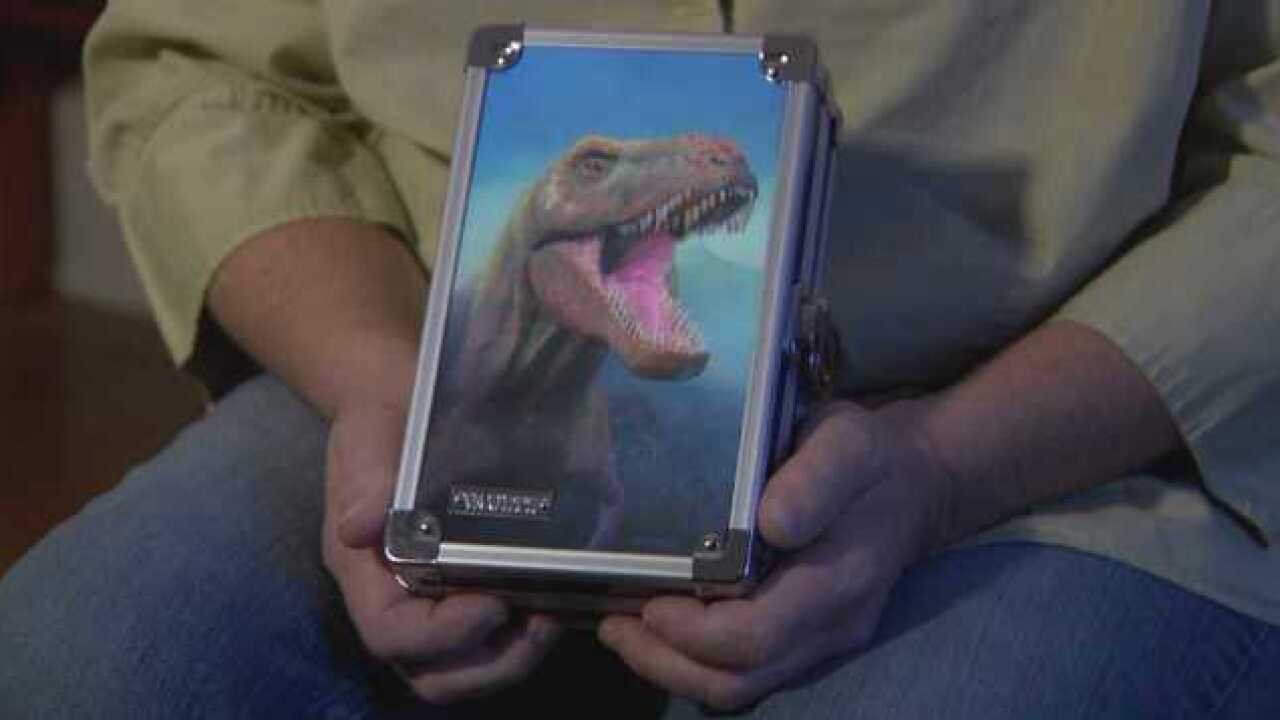 It has been several weeks since she had possession of the box, but it became a colorful symbol of her ongoing recovery from opiate abuse.

The box was used to keep her prescriptions to buprenorphine, most commonly known by the brand name Suboxone. It is a method, some view as controversial, that uses an opioid to treat opioid addiction by weaning off the cravings. 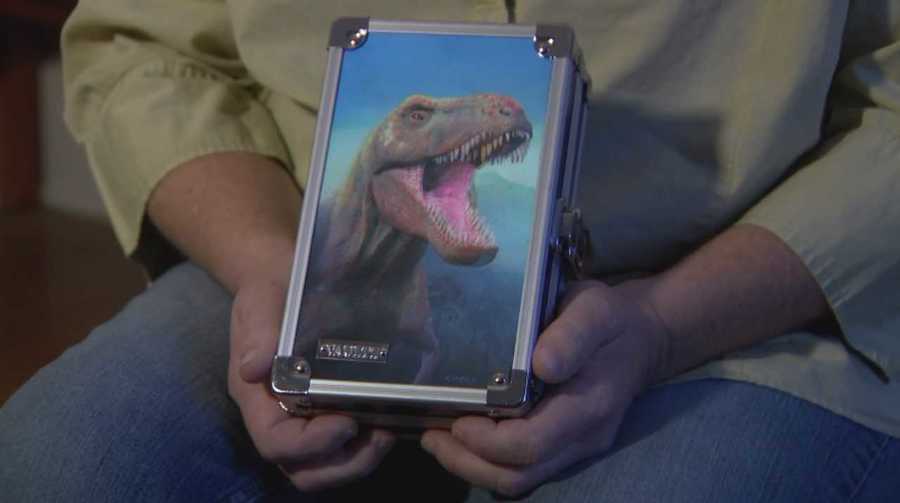 Anders said it helped her initially come off of years of heroin abuse, and is now using a Vivitrol shot every month to suppress her cravings.

"It doesn't totally go away. It's still something you fight but it really helps, and gets you through the day, and it gets you to where you don't have to use opioids and you can become yourself again," Anders said.

Unlike a similar approach such as methadone, patients can take Suboxone on their own and is comprised of buprenorphine and naloxone, a drug used to reverse the effects of an opioid overdose, and is widely used by first responders via intravenously or nasal spray.

Anders resorted to Buffalo Valley, Inc. for the Suboxone treatment in September because of her lack of insurance. The treatment center currently helps 35 clients with Suboxone for free through the help of three federal grants.

Buffalo Valley has a certain pharmacy that only prescribes to them. Director of Nursing Karol Skelton said when a client comes in, a nurse discusses their addiction and medical history. The medical director then determines if buprenorphine is needed, and what type of dosage.

The pharmacy prescribes the pill form of buprenorhpine but it is locked in a box until it is tested at the center. Clients bring the box home with the key but is held accountable to not abuse the drug. The organization regularly checks on the amount of Suboxone in the box.

"I always want to protect children and I think the box is the best way with a lock. I felt like that somebody cared enough to give them something special and with that, they were ready for treatment," Skelton added.

There are certain state guidelines that need to be met in order to provide a buprenorphine treatment, including a database check. That would allow providers to see if patients have already been prescribed buprenorphine.

In addition, counseling services are a big factor. Skelton said as helpful as Suboxone is, it is just as important to couple it with proper guidance and behavioral therapy.

On the other hand, another Buffalo Valley official said there is stigma surrounding the use of buprenorphine. While it may not be as strong as methadone, buprenorphine can still be addictive if not used responsibly.

Earlier this year, the Tennessee Department of Health said there was an increase in overdose deaths linked to buprenorphine, primarily if mixed with other drugs. In 2016, there were 67 deaths involving the drug.

For organizations like Buffalo Valley, the treatment is successful under proper supervision. A client needs to be off opiates for 10 to 14 days before they are provided buprenorphine.

If they are found to misuse Suboxone, the center gives them the option to visit a different provider or detox completely as another treatment option.