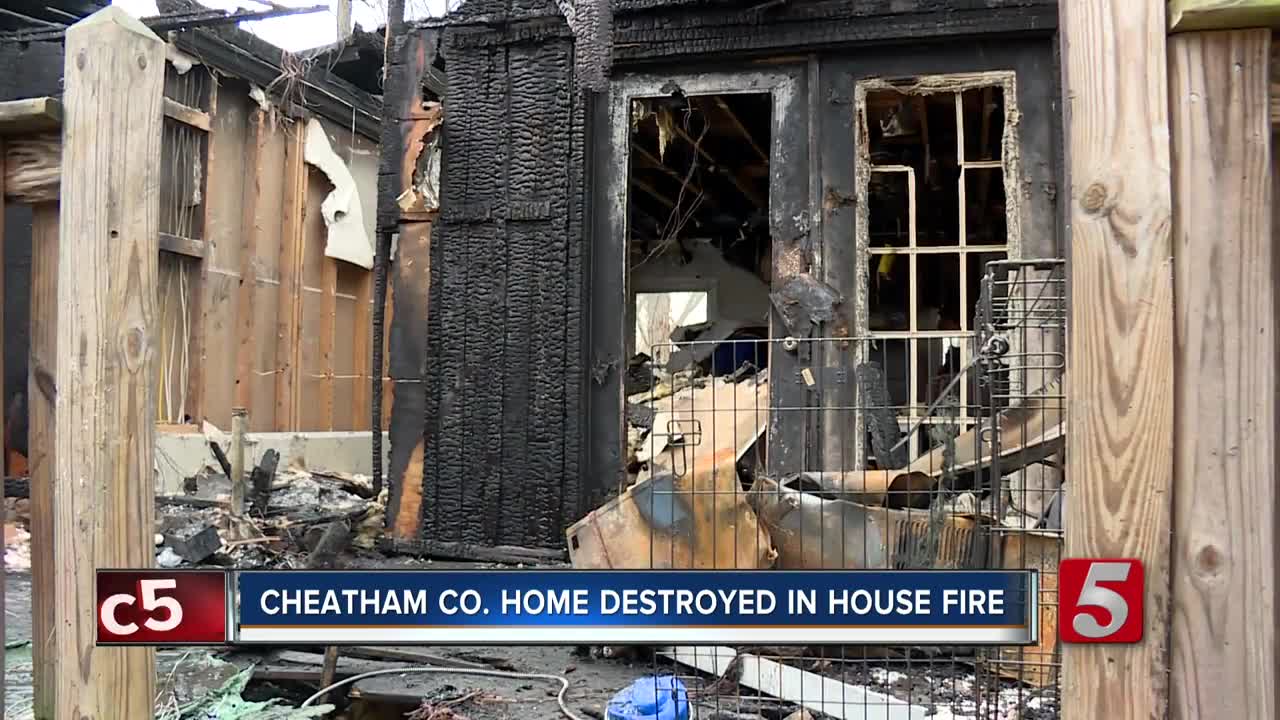 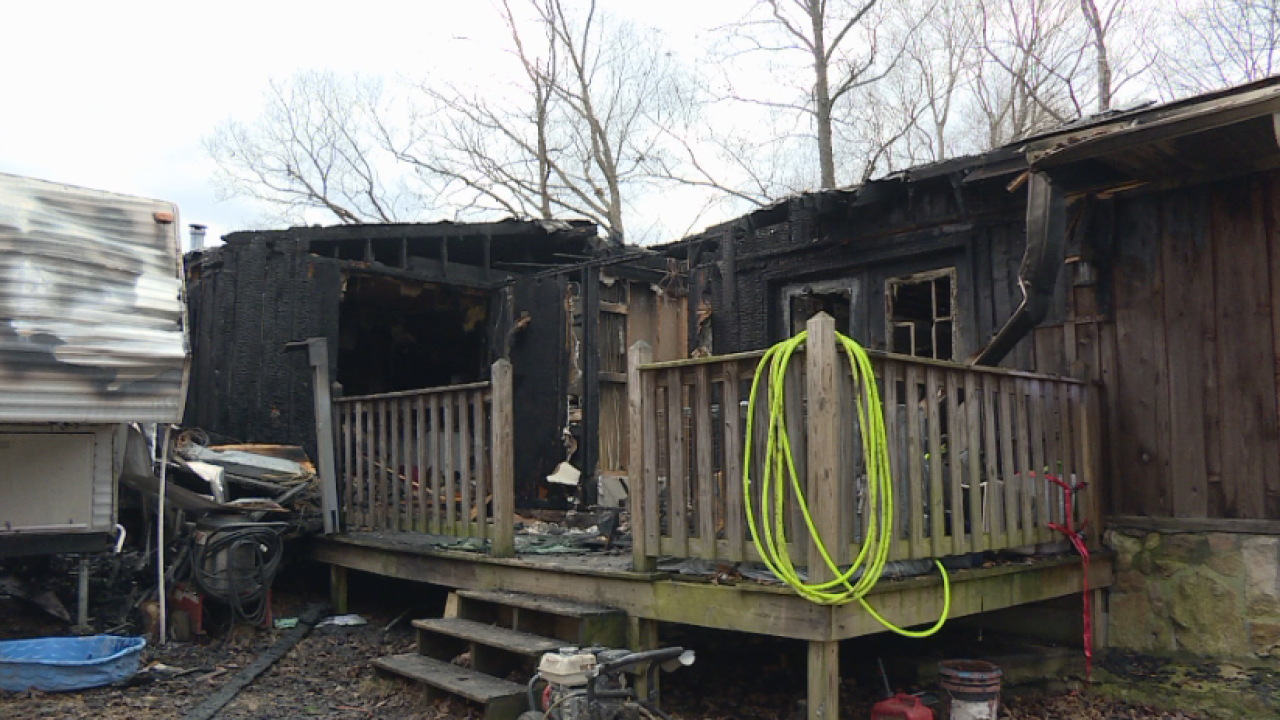 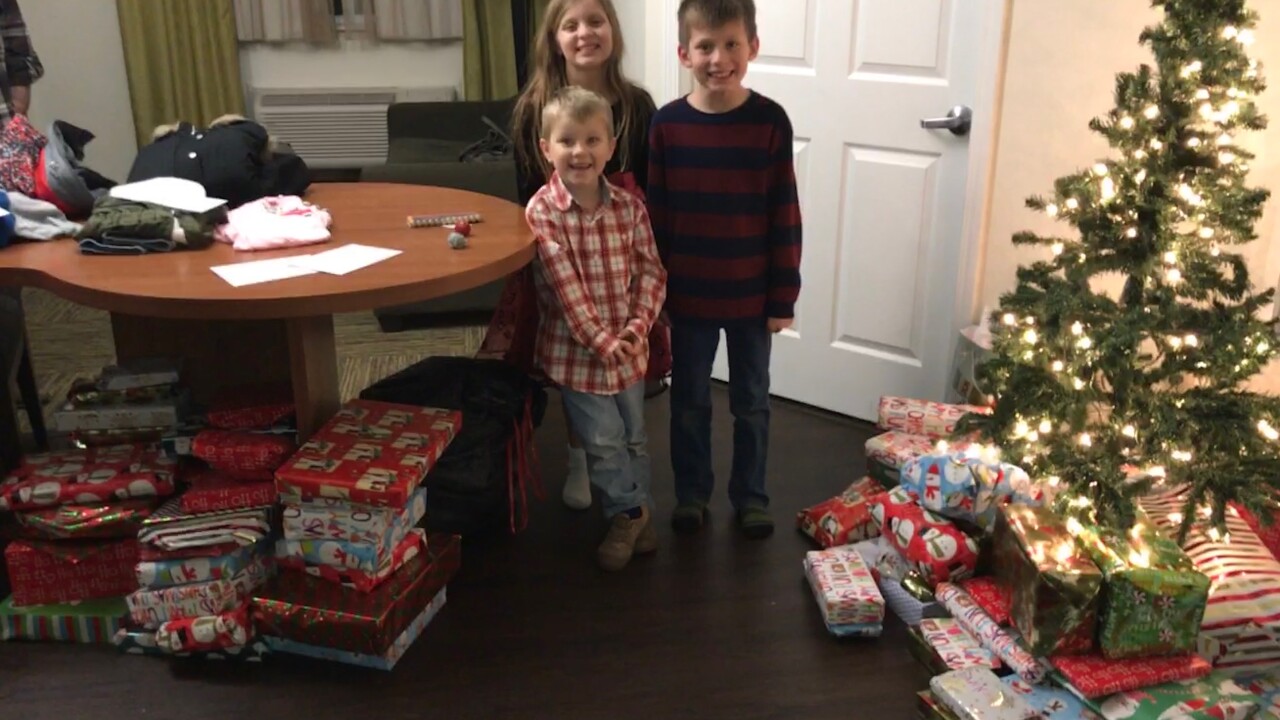 "You can look at it from the road and it almost doesn't look like anything happened at first," said Jason Cowart.

The back on the house is a different story. It's charred and destroyed from a Sunday morning fire.

Jason, Lydia and their three kids, Alma, Danny and JD, were coming home from 24 Church in Pleasant View when they saw the smoke billowing into the sky.

"The whole roof and the crawl space and everything was on fire and smoke was just pouring out of it from the insulation burning up there," said Jason. "Everything just started falling through."

Firefighters pulled out family photos, some clothes and what Christmas presents they could. Otherwise, it was all gone.

"It could have been a whole lot worse, I guess," said Jason. "My family's okay and my animals are okay. It's just stuff, so it's all replaceable."

Jason and Lydia, who met while serving in the U.S. Army in Baghdad, were overwhelmed by the community. Their pastor, other church members and friends were immediately there helping to collect items out of the house. Women in the community took the clothes they could salvage to an Ashland City laundromat to wash them, the business allowing it free of charge. Friends put them up for the night.

Then on Christmas Eve, the Cowarts were blown away. A friend brought a tree to their hotel and community members filled the room with presents for the kids.

"There’s been an amazing amount of gifts given to my kids, more than they would have had before this," said Lydia. "It’s the best Christmas they’ve ever had, if you look at it that way."

"It's been a blessing and I don't even know what else to say," said Jason. "You can't say thank you enough."

While it's still a long road ahead for what's next, the Cowart's know one thing for sure.

Donations to help the family can be made to this GoFundMe page.