Analysis: Finally An End In The Vandy Rape Trial 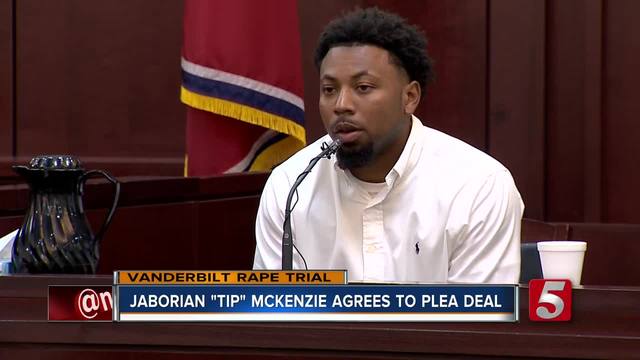 The fourth and final defendant in the Vanderbilt rape case has accepted a plea deal and won't serve any jail time. 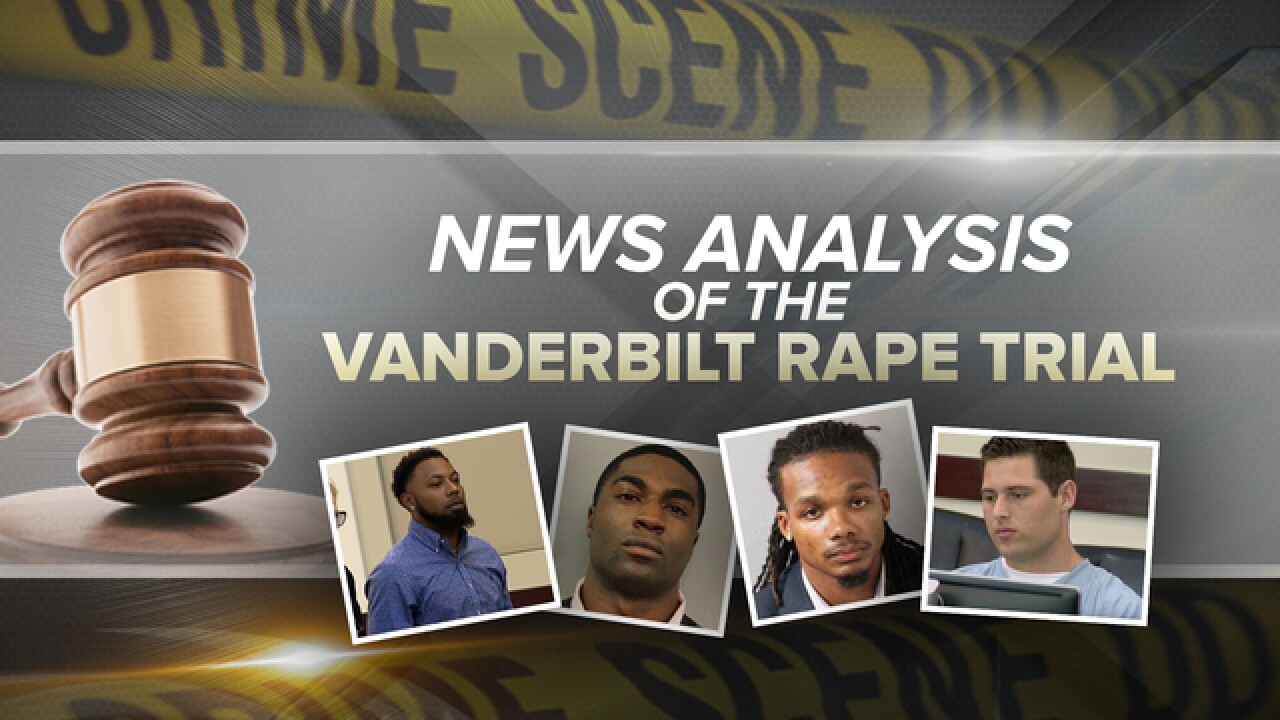 Nothing good comes from case like this. How could it? How could you possibly find good in the actions of four college football players inside a Vanderbilt dorm, who decided to take advantage of an unconscious young woman who lay helplessly on a cold, tile floor; worse, they thought it was funny and decided to record those unspeakable acts.

Four times she testified in court. Four times she sat just feet away from the men who raped her, searched deep down inside her soul and through the anger, the hate, the fear, found her words. I remember the way she held back her tears as she walked to the front of courtroom 5A with every set of eyes in the room fixated upon her.

She was a 21-year-old senior at Vanderbilt on June 23, 2013, the day authorities say she was raped inside of Gillette Hall.

Four times on the witness stand she did her best to maintain her composure as she told a jury what she’d been through.

Her strength, determination and resolve are something we can all learn from.

No one should ever have to experience what she has. It wasn’t just the way in which she was assaulted. Taken to a bar by Brandon Vandenburg, a man she trusted, given a blue drink, then driven back to the dorm room.

It wasn't just the way in which she was carried inside by Vandenburg and his teammates, ultimately to the room where she would be raped.

No, it’s not just the way she was assaulted, but the manner it which it was all carried out that makes a person question our current state of humanity. They laughed. All of them could be heard laughing on the video as this young woman was taken advantage of. What’s worse? No one would have ever found out about any of this unless that video hadn’t been sent to one of Brandon Vandenburg’s high school friends in California.

Imagine, having to find out that you were raped from a Metro Police detective.

Until she saw the video her, she didn’t believe what she was told.

Five years have now come and gone since this whole horrible ordeal began. What happened to that young woman is terrible enough, but after all of this -- after all the trials and testimony and status hearings -- what stays with me the most is this:

So many people knew this young woman was in trouble but stayed silent. Students saw her being dragged through the hallway like a piece of trash, watched as she was placed in the hallway after the crime occurred and said nothing.

I remember this exchange vividly from the second trial where this line of questioning occurred:

No, these other students did not rape that young woman, but why didn’t they say something? Why didn’t they at least check on her to see if she was okay? Why wasn’t there some semblance of common human decency that could’ve compelled at least one person to report what happened?

To this day, these are questions that deeply stir my soul.

Today, Jaborian “Tip” McKenzie took a plea deal that will keep him out of jail but he will still have to register as a sex offender for the rest of his life. With that deal, this case which rocked a college campus and sent shock waves through one of the nation’s most prestigious universities has essentially been closed.

The victim, will now hopefully have some privacy afforded to her. The news stories will more than likely begin to fade.

And so I am left with this final thought, a quote from defense attorney Warrick Robinson, “There are no winners in a case like this, only losers and survivors.”

In so many ways, he’s right.

Chris Conte is a reporter for the NewsChannel 5 Network and has covered the Vanderbilt Rape case extensively since 2013.