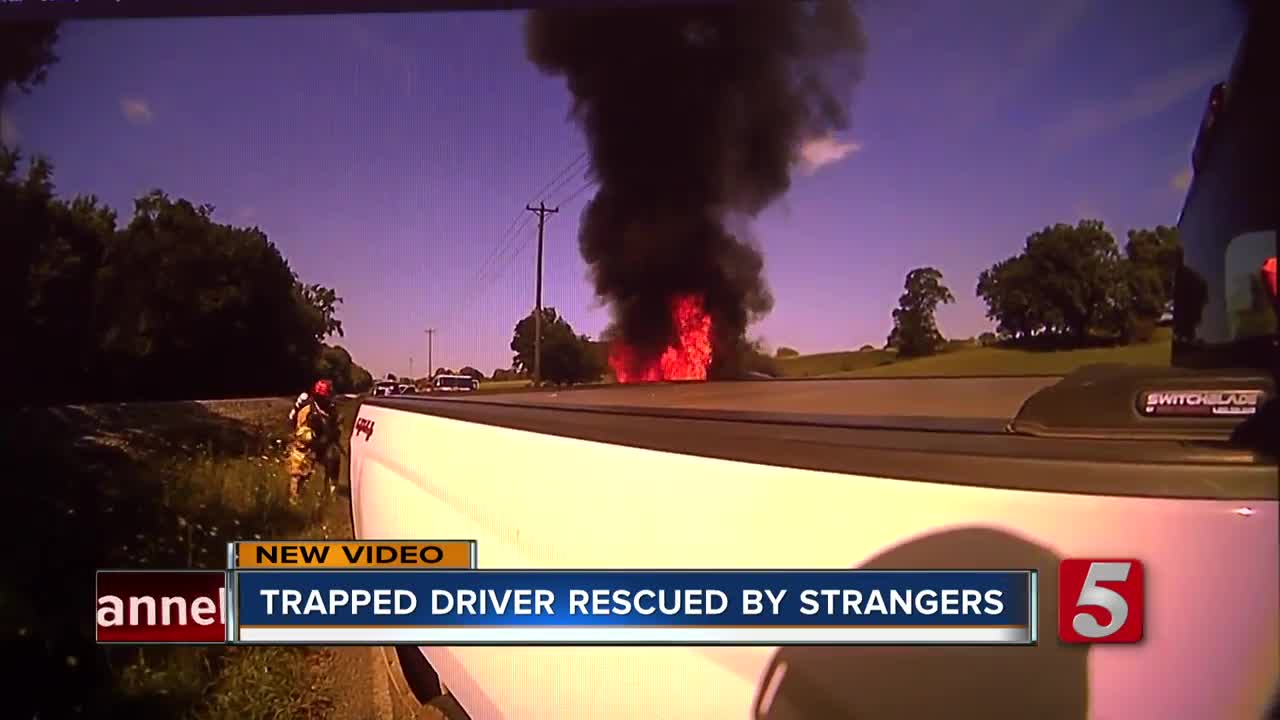 A Spring Hill city inspector and other bystanders saved a driver from a burning vehicle. 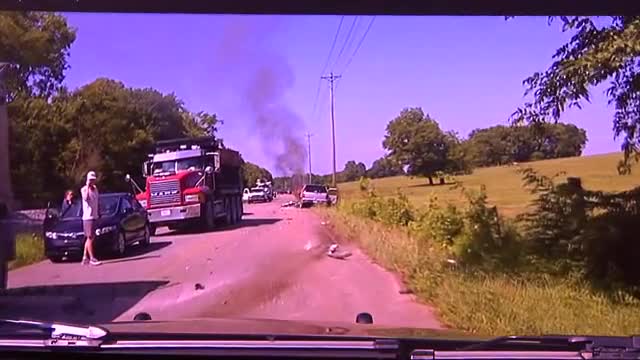 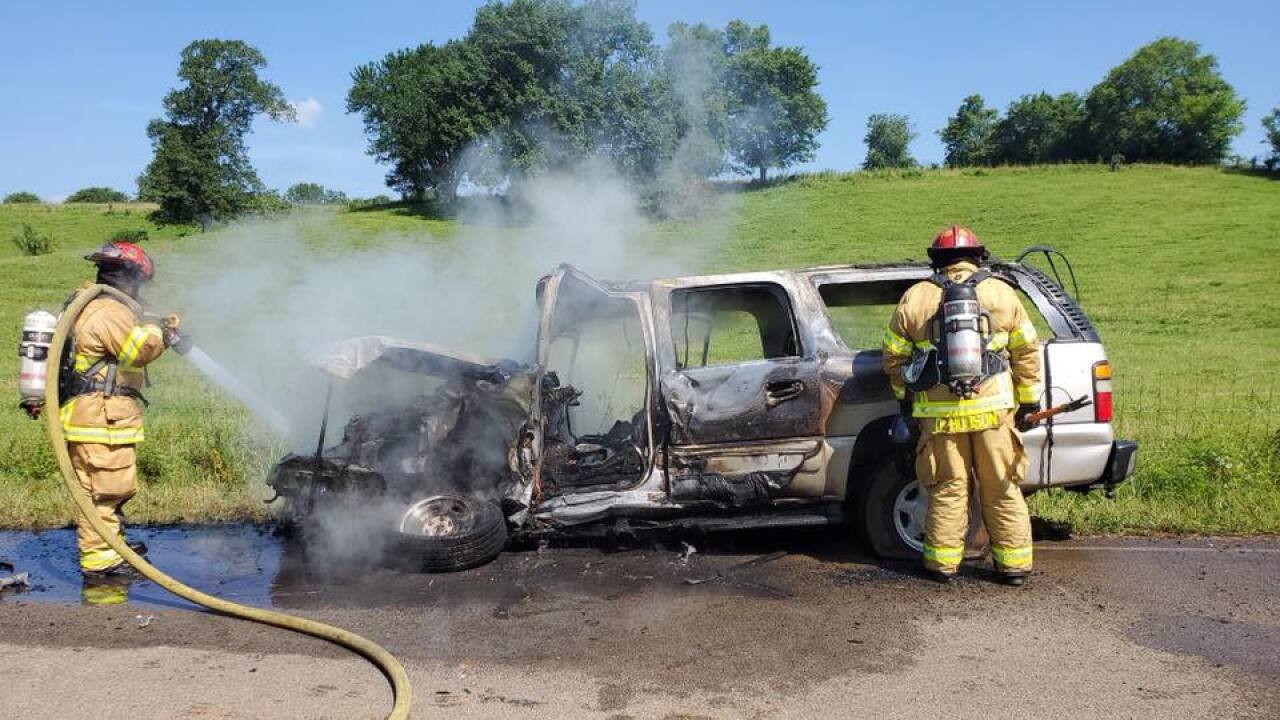 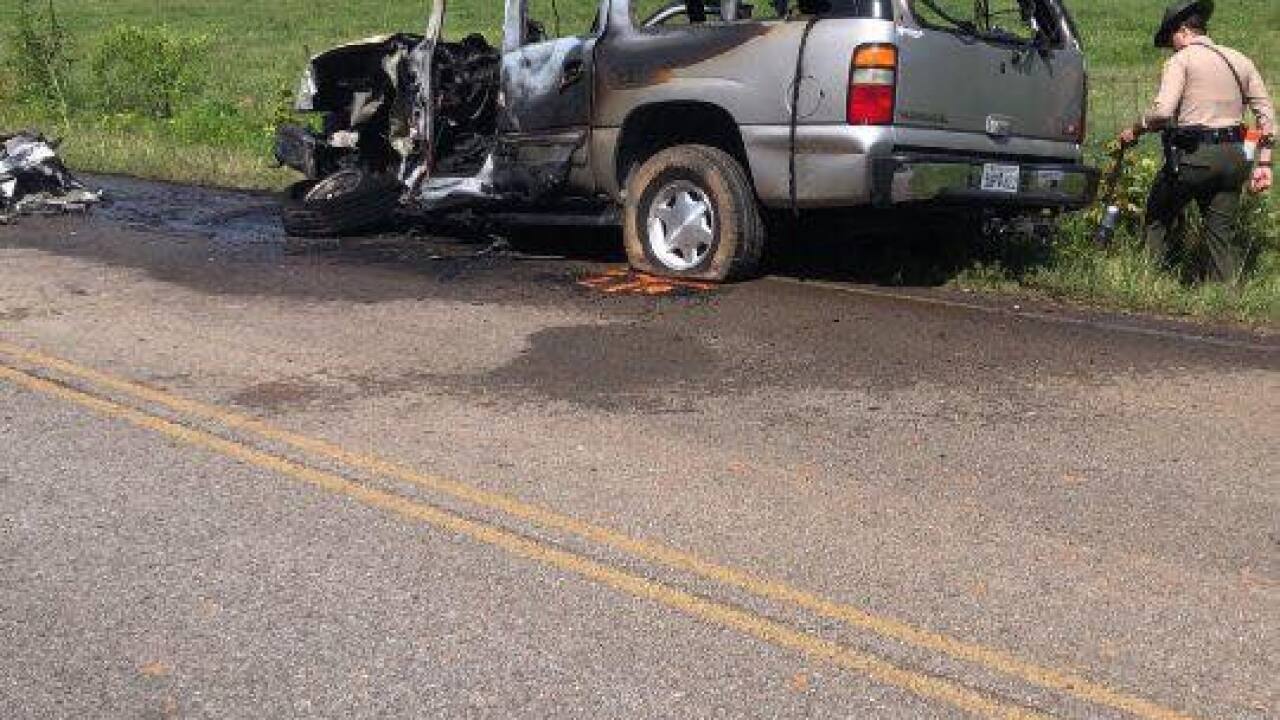 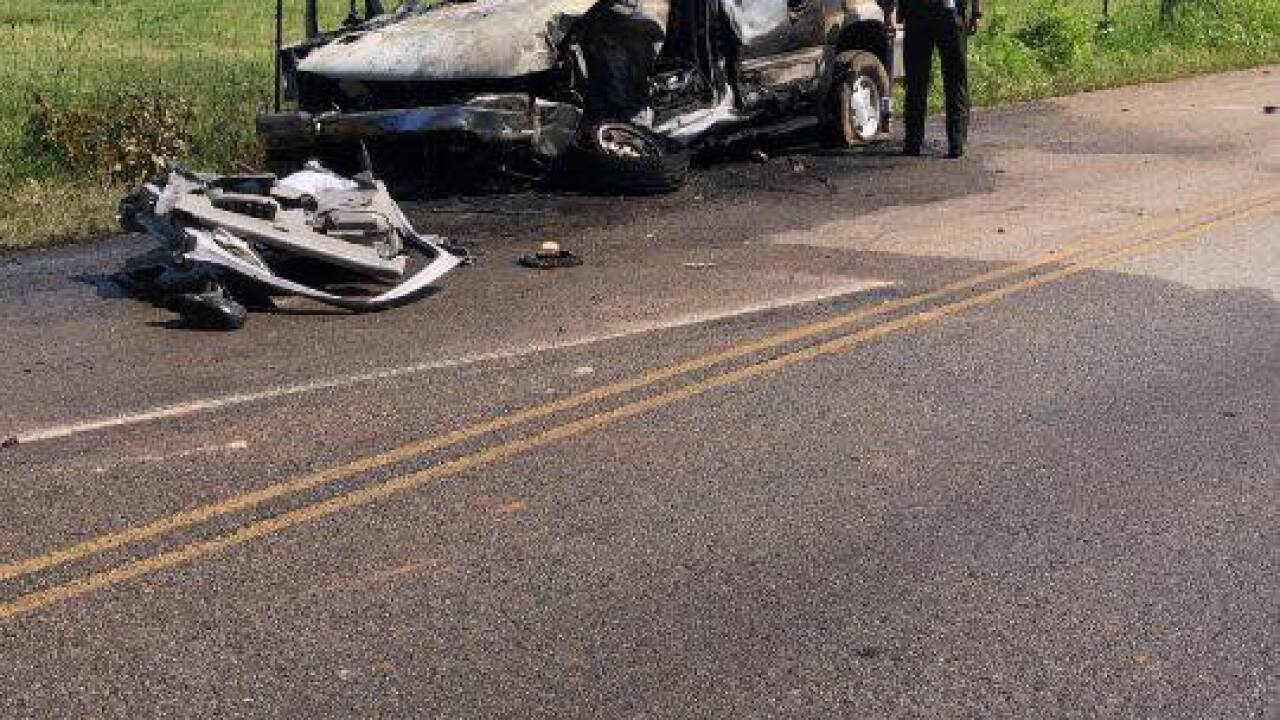 SPRING HILL — A group of strangers in Spring Hill banded together to rescue a driver trapped in an SUV moments before it was engulfed in flames.

A Tennessee Highway Patrol official said James Checchia of Spring Hill was traveling southbound on Cleburne Road near Petty Lane Tuesday morning when he drove off of the left side and overcorrected.

When the vehicle entered back, Checchia’s vehicle crashed into a dump truck head on, according to the preliminary investigation.

Gage Peters, 19, was driving the dump truck that was hit. He told NewsChannel 5 that he warned another dump truck driver, Robert Melton, traveling behind him that the SUV was speeding down the train tracks parallel to the road. Both reacted by pulling over to the side.

Peters said the SUV veered into his lane and smashed the front end of the truck.

Both truck drivers acted quickly to save Checchia who was stuck in his vehicle. Melton used the chains in his truck and attached one end to the SUV and the other end to the truck to pull open the driver side door.

One of the witnesses used a pocketknife to cut the seat belt in two places. The group helped carry Checchia out within a minute of him crashing, according to Peters.

The vehicle eventually sparked in flames soon after. Another witness who helped carry Checchia tried to use his fire extinguisher but the flames grew too quickly.

The Spring Hill Fire Department and Spring Hill Police Department responded quickly. Officer Tommy Barber’s body cam video showed the moment around 9:45 a.m. when he pulled up to the scene with a growing line of traffic on both lanes. He first pulled up to Peters who quickly notified him that they already pulled the driver out.

The video showed him later approaching Crumley, a former police officer in Spring Hill and Columbia, who could be heard suggesting to move his vehicle next to the burning SUV to protect others in case it explodes.

"We would like to thank Chris Crumley in Public Works, along with the other drivers – for whom our Police Department has not yet received consent to publicly release their names at this time – for their heroic actions today that clearly saved the life of a trapped driver. And thank you to our Spring Hill Fire and Police Departments for responding and taking control of this tragic scene. This is true public service!"