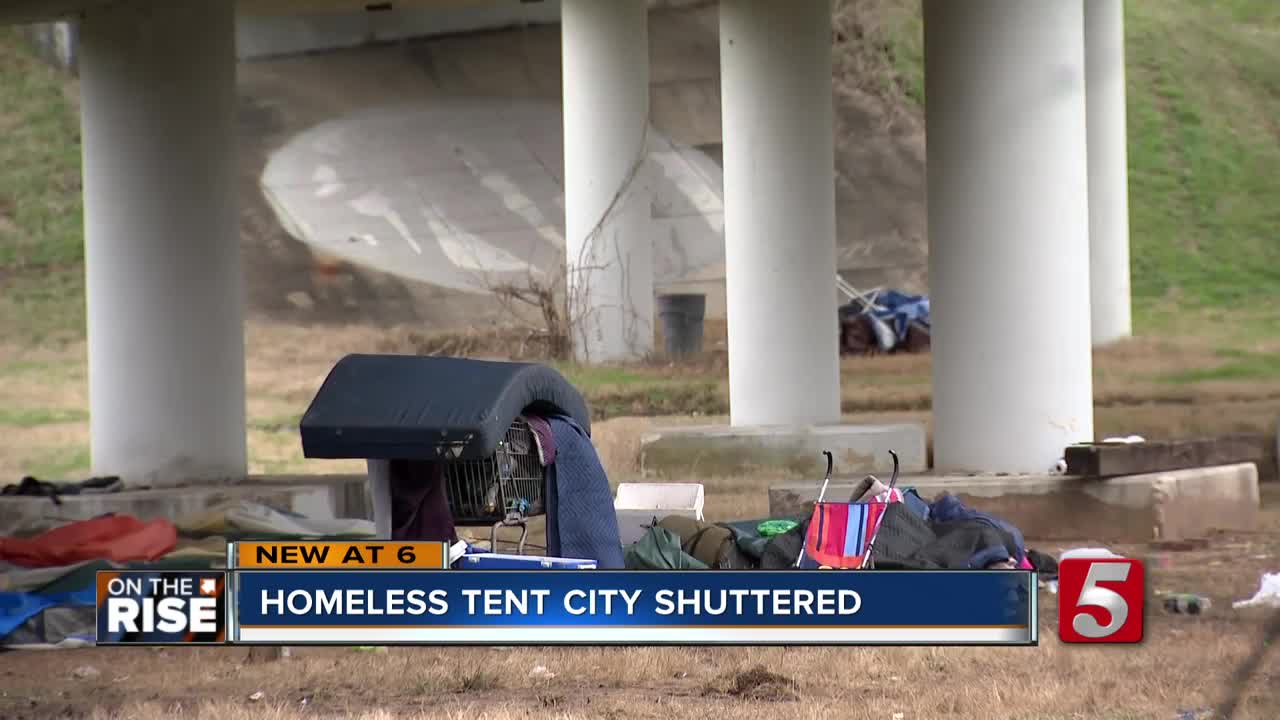 The bulldozers came as the sun was coming up as if to keep their appearance from being noticed by the hundreds of drivers streaming by on Ellington Parkway headed to work. Wednesday marked the end of this tent city which has been here for the better part of two years. 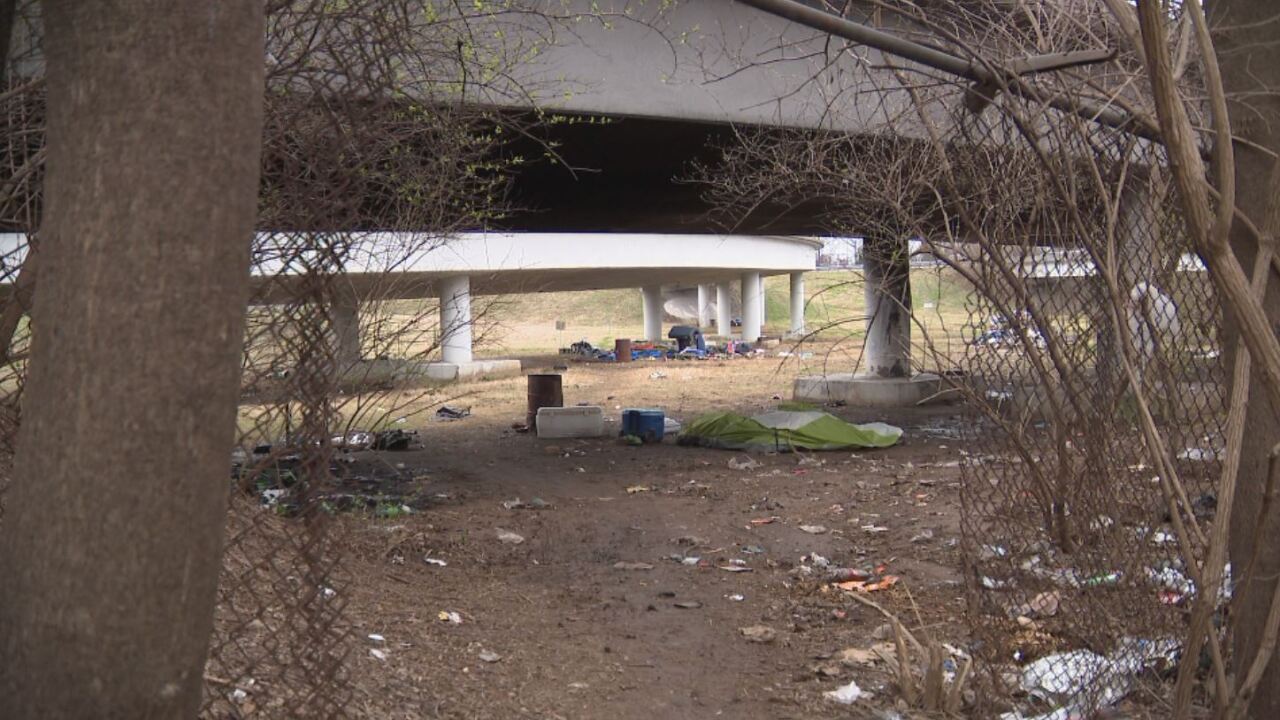 NASVHILLE, Tenn. (WTVF) — The bulldozers came as the sun was coming up as if to keep their appearance from being noticed by the hundreds of drivers streaming by on Ellington Parkway headed to work. Wednesday marked the end of a tent city which has been in Nashville for the better part of two years.

Nashville continues to experience unprecedented growth there are those that the city is leaving behind: thousands of homeless people who have found it impossible to find affordable housing.

Although it is hard to get an exact figure, officials estimate there are close to 3,000 homeless people living in Music City right now, and as more and more people move to the "It City," that number only continues to climb.

As a result, small tent cities have started popping up, populated by those who either can't find a place in a shelter or have chosen not to go to one. That included the tent city under Ellington Parkway. But in coordination with city officials, TDOT made the decision to evict those living here.

"Most of the folks who lived there don’t have anywhere to go so they just end up deeper into the woods, further out of sight out of mind," says Lindsey Krinks with the group OpenTable Nashville.

The situation had gotten so dire for some living under the busy interchange that they had spray painted "Help Us" on a banner, in large red letters.

The timing of the closure of the ten city has homeless advocates upset.

"Why close it now? In the middle of the winter," Lindsey added.

"We were deeply concerned about the safety of those living in this encampment. The weather has been getting colder and we are about to have heavy rain that may cause flooding.

This is also a busy traffic area, and it is not safe for people to live outdoors at this location. We worked closely with Metro Social Services and service providers to ensure every person in the encampment was connected to services. We were able to do that.

No one was arrested either.

Increasing access to safe and affordable housing – especially for our most vulnerable residents – is a critical priority for my administration. I committed another $10M to the Barnes Fund for Affordable Housing in this past year’s budget, as well as allocating an additional $25M in the Capital Spending Plan. I have prioritized the need for the city to focus on housing units for very low-income residents and people experiencing homelessness.

My proposal to create at least 100 units of permanent supportive housing and a new Downtown Homeless Service Center is an excellent example of this. These investments, along with the work of the Metro Homeless Impact Division and new Homelessness Planning Council, will significantly impact Nashville’s ability to ensure access to housing for people experiencing homelessness and currently living in encampments."