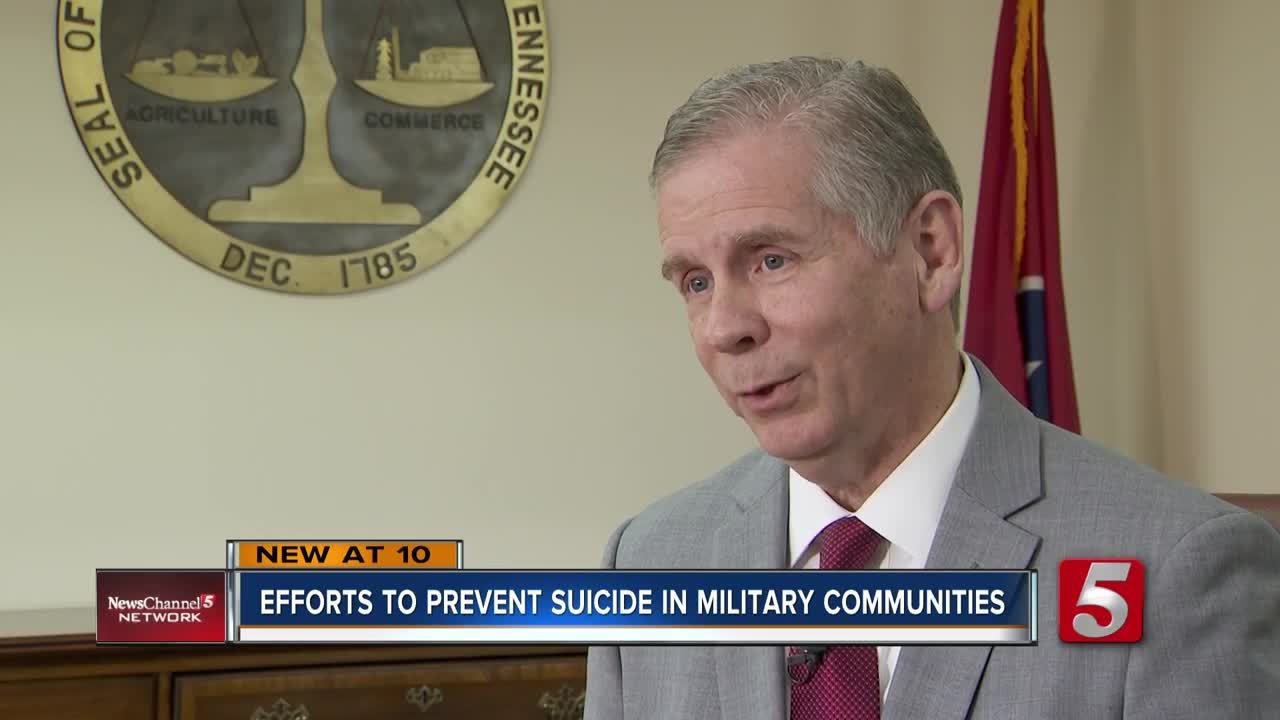 CLARKSVILLE, Tenn (WTVF) — Our men and women in uniform sometimes come home with scars you can't see. Close to Fort Campbell the city of Clarksville is making an effort to prevent suicides among soldiers, veterans, and their families.

“Veteran suicide is an epidemic across our nation and really in the world,” said Mayor Joe Pitts

The latest numbers by the Department of Veterans Affairs shows an average of three veterans died by suicide each week in Tennessee in 2016.

"Fort Campbell Kentucky is at the center of our universe here, and so because of Fort Campbell active duty soldiers and their families, and just a high concentration of veterans in our community we needed to be at the fore front of trying to find solutions," said Pitts.

Many who serve at Fort Campbell live in nearby Clarksville. Mayor Joe Pitts says the city is involved with the 2019 U.S. Conference of Mayor's Challenge.The goal is to reduce suicides among service members, veterans and their families using a public health approach to suicide prevention

"They're were looking for some cities to come together and share best practices, but you had to meet certain criteria and Clarksville, we're blessed to fit within that," Pitts said.

156 Tennessee veterans committed suicide in 2016 -- The VA hasn't updated those numbers since, but trends show a decrease but the concern for prevention remains high.

"We're determined to be part of the solution not just talk about the problem," said Pitts.

Clarksville will join six larger cities in D.C. this month in and together they will create comprehensive plans to prevent suicide in military communities.

Mayor Pitts says he wants a plan he can share with the world.

If you or someone you know is struggling with depression or needs someone to talk to - call the National Suicide Prevention hotline at 1-800-273-82-55.