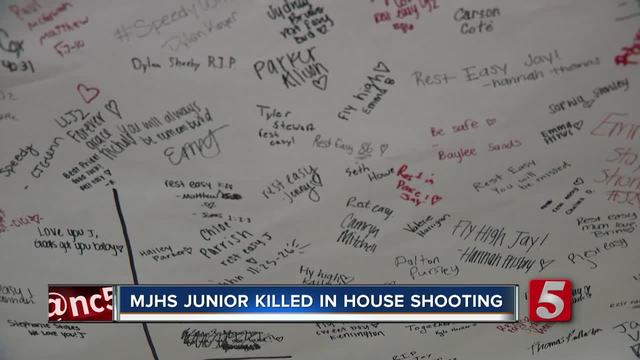 Students at Mt. Juliet High School continue to mourn one of their classmates after he was shot and killed inside a home a day earlier. 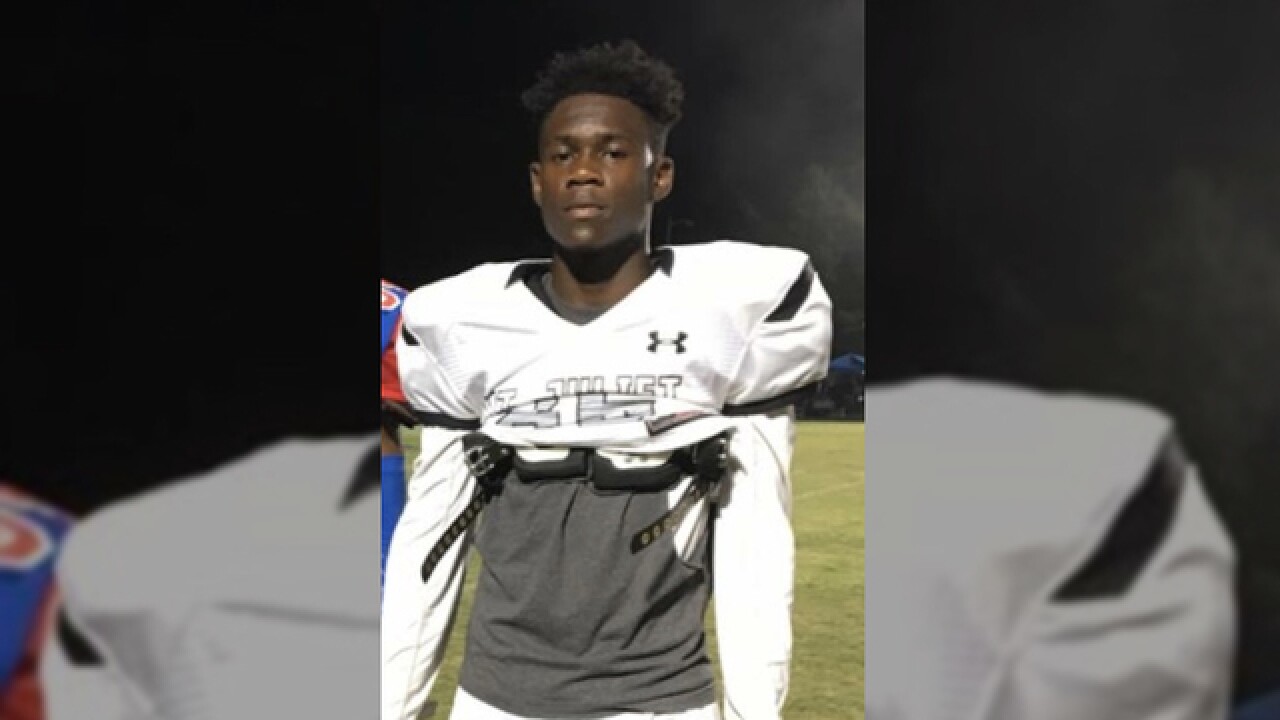 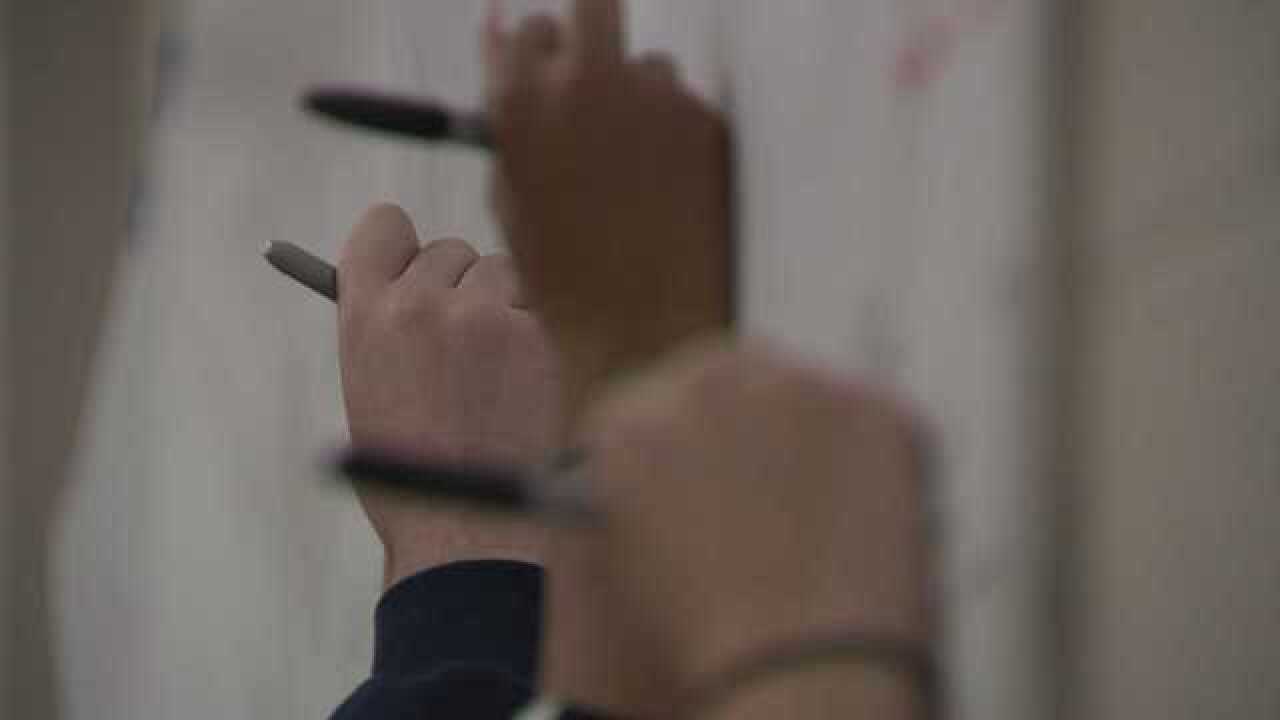 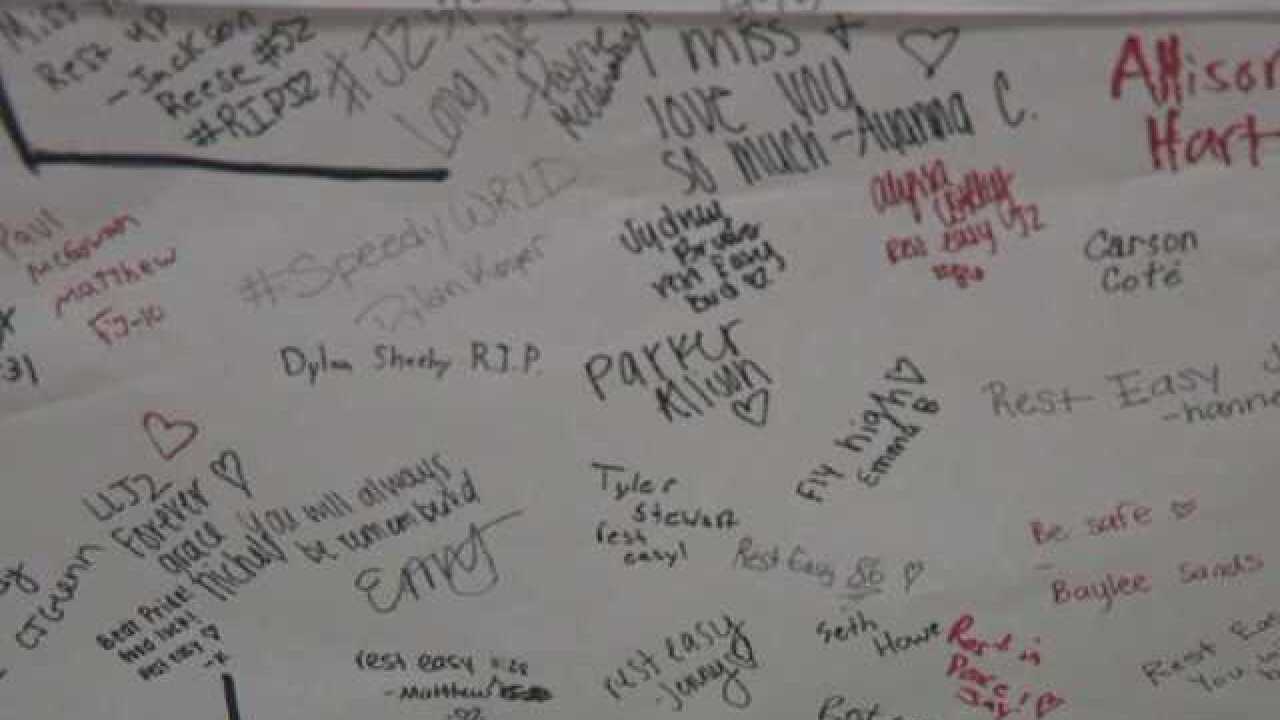 Students at Mt. Juliet High School continue to mourn one of their classmates after he was shot and killed inside a home a day earlier.

The person suspected of killing is a 15-year-old student who used to attend the school before he was homeschooled.

A source confirmed to NewsChannel5 that the victim is Jayshawn Taylor, a former MJHS football player who recently returned from his time at Oakland High School in Murfreesboro.

Principal Leigh Anne Rainey said counselors were available to provide support and guidance for many of the students. At least 50 of them wanted one-one-one sessions.

"It's kind of a shockwave to this community, this is not a typical situation," Rainey said. "It's been a very sad day but it's also been a very powerful day."

The students decided to honor Taylor by signing a large banner in the cafeteria with words of support and condolences. 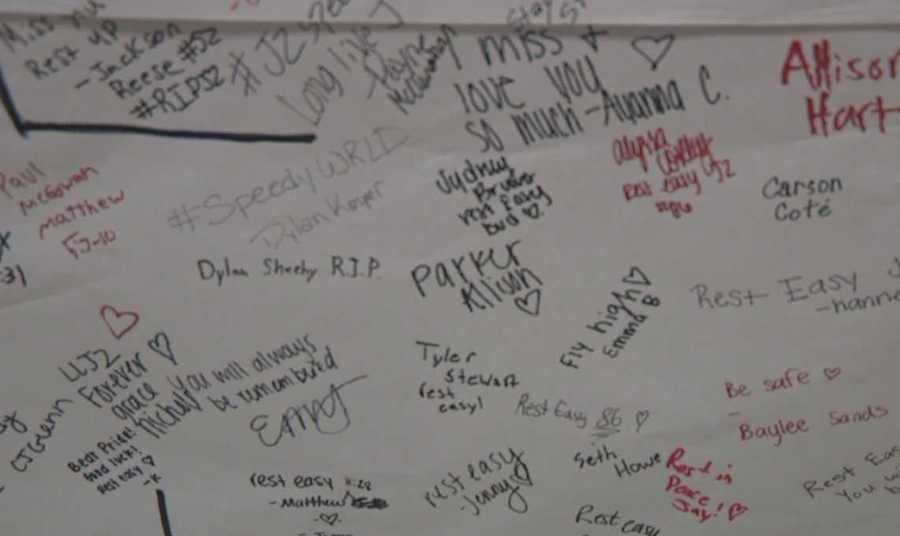 The banner will hang on a fence at Friday night's football game against Oakland HS.

A Wilson County Sheriff's Office spokesperson said the teen suspect called 911 from his house on NW Clearview Drive in Mt. Juliet about shooting an intruder who was breaking into the back glass sliding door.

However, investigators determined the suspect was not telling the truth and charged him with criminal homicide.

"The shooting was done intentionally and that it didn't involve a burglary whatsoever," Lt. Moore said.

Several other teenagers were inside the house by the time officials arrive. They also found the gun believed to have been used, although details of how the alleged gunman got his hands on it remained unknown.

The suspect has a history in the juvenile court system. according to Moore. He appeared in juvenile court Friday morning for a detention hearing. It is possible he will be charged as an adult.

Neighbors of the suspect said they are shocked to learn about the news. Madison Burton said she used to babysit the suspect and described him as sweet.

Authorities have not released the name of the suspect. Determine the motive is under investigation.