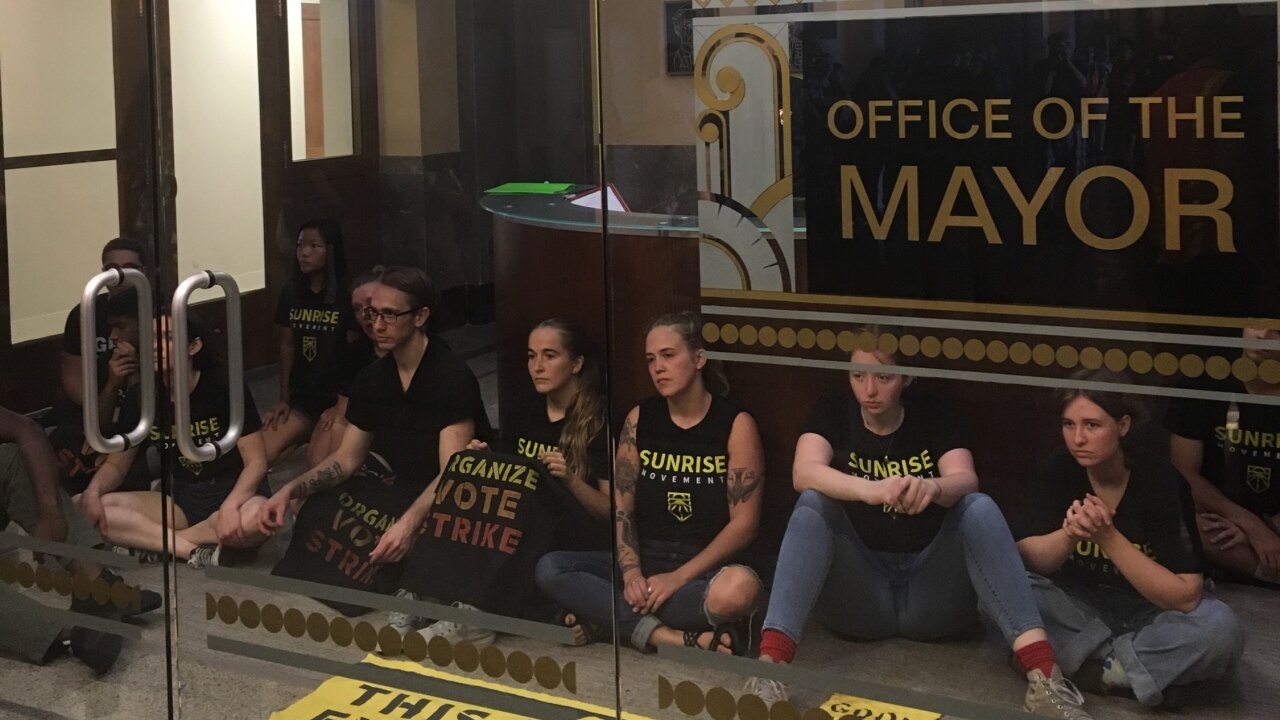 NASHVILLE, Tenn. (WTVF) — Dozens of teens and young adults held a sit-in at Mayor John Cooper's office, demanding that he declare a "Climate Emergency" for the city of Nashville.

More than 100 members of the "Sunrise Movement" protested during the newly-elected mayor's first day in office for several hours Monday, and as of 4 p.m. were still there.

The group is comprised of local college and high school students who are hoping Nashville will be the next city across the U.S. to declare a climate emergency.

They're asking for the declaration in light of a report released by the United Nations which projected that limiting warming to the unsafe 1.5°C target this century will require an unprecedented transformation of every sector of the global economy over the next 12 years.

The group hopes the declaration would ensure Nashville becomes emissions-free within the next ten years.