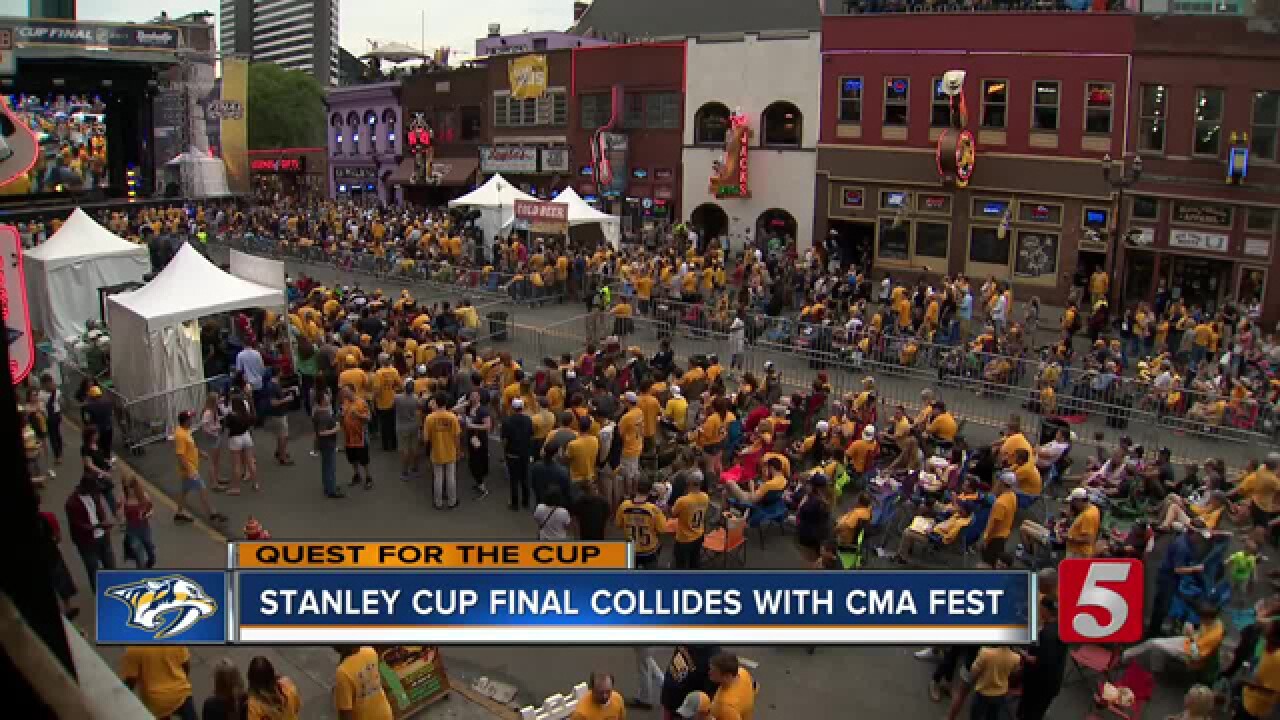 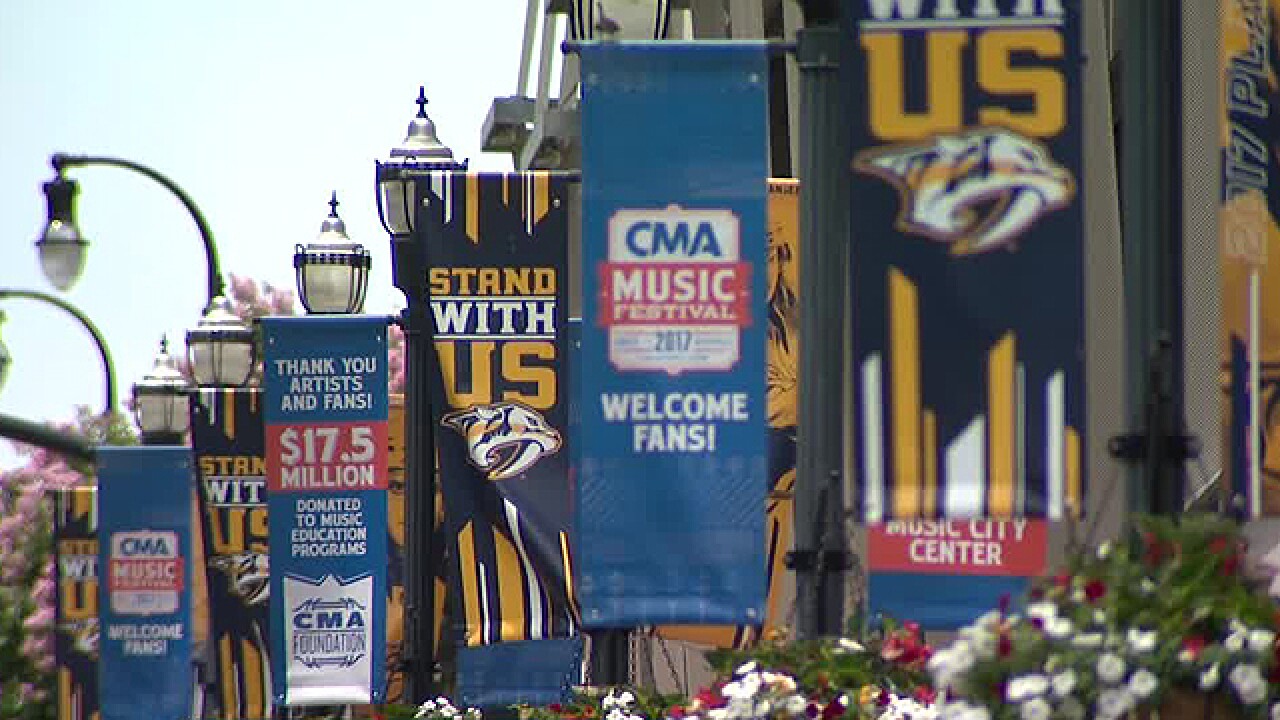 One of Nashville’s busiest weeks has arrived, with downtown hosting CMA Fest, the CMT Awards, and the Stanley Cup Final all in the same week.

Because of all of the events going on at the same time, some adjustments needed to be made to make sure they can all coexist.

The Nashville Predators need Bridgestone Arena for Game 6 of the Stanley Cup Final on Sunday. They also planned to use the arena for a big watch party for Game 5, which will be held in Pittsburgh on Thursday.

That meant the CMT Awards had to be moved to Music City Center for their awards show.

“We’re excited for the Preds, so we had to move across the street, but we’re going to be in Music City Center. It’s going to have to have the same feel and excitement that CMT Music Awards always have,” said Leslie Fram, Senior Vice President of Music Events and Talent for CMT.

All of the events were planned to kick off Tuesday night with a CMT Crossroads with Earth, Wind & Fire playing their hits alongside Martina McBride, Lady Antebellum, Rascal Flatts, Darius Rucker, and many more.

The taping was open to the public and free to watch for all who showed up, as long as they were okay being recorded and put on TV when the special airs.

The award show itself was scheduled to take place on Wednesday night with performances from artists such as Miranda Lambert, Thomas Rhett, and Brett Eldredge.

There will also be some great collaborations featuring Florida Georgia Line and The Chainsmokers, and Jason Derulo and Luke Bryan.

A stage set up outside of Music City Center on 5th Ave has been planned that will feature Brothers Osborne playing a new song with Peter Frampton, and Kelsea Ballerini will performer her new song “Legends” for the first time on television.

The CMT Awards broadcast was set to begin at 7 p.m. and will air live on CMT.