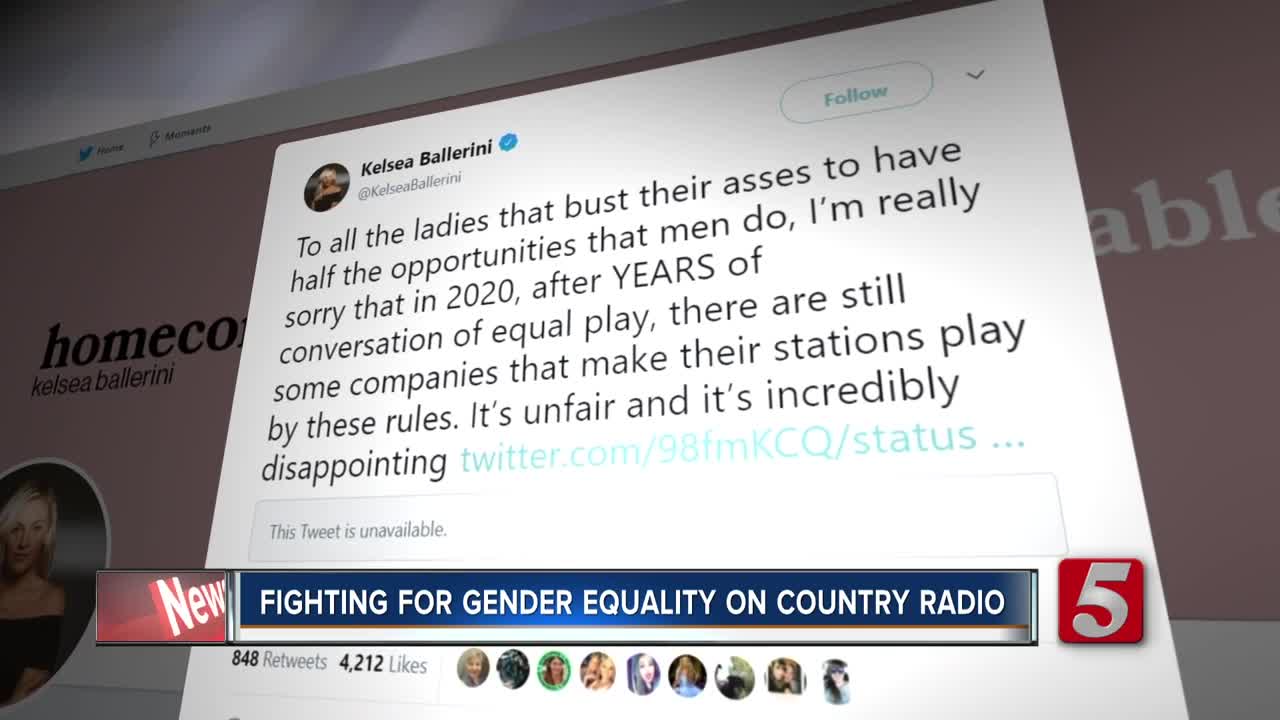 The month of January has been filled with conversations about gender inequality in Country Music on social media, TV, and in the music industry. 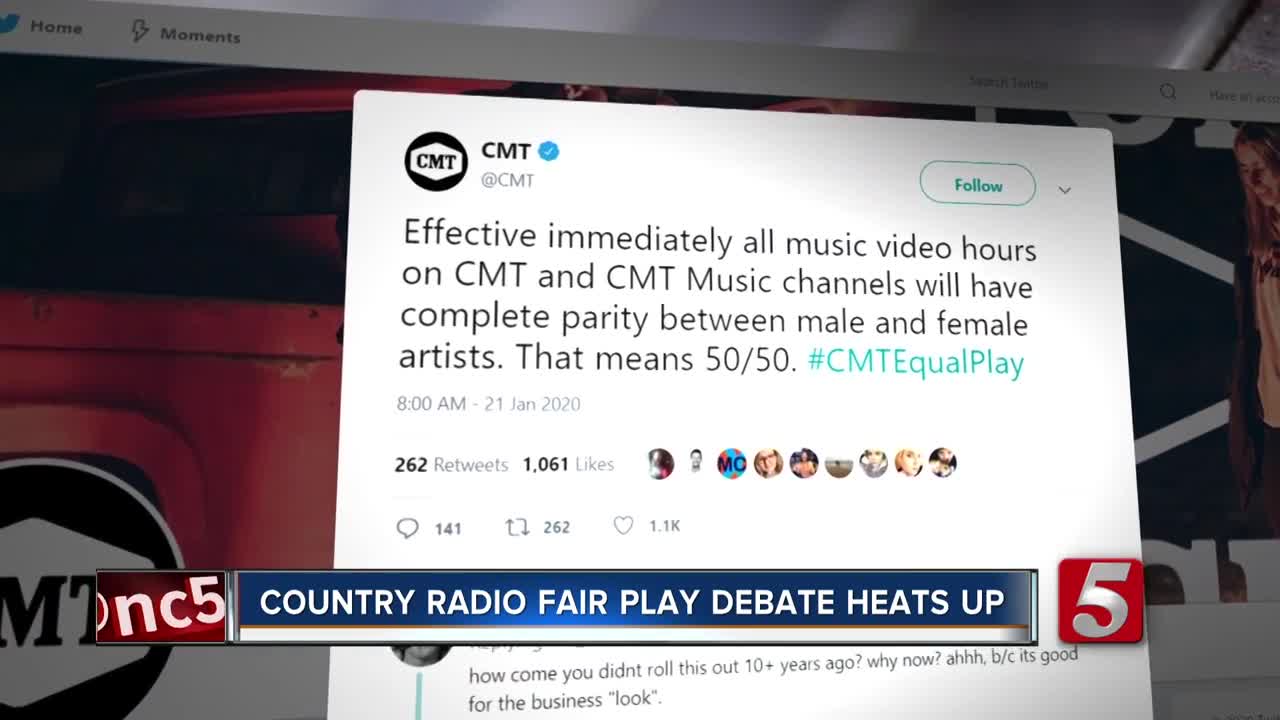 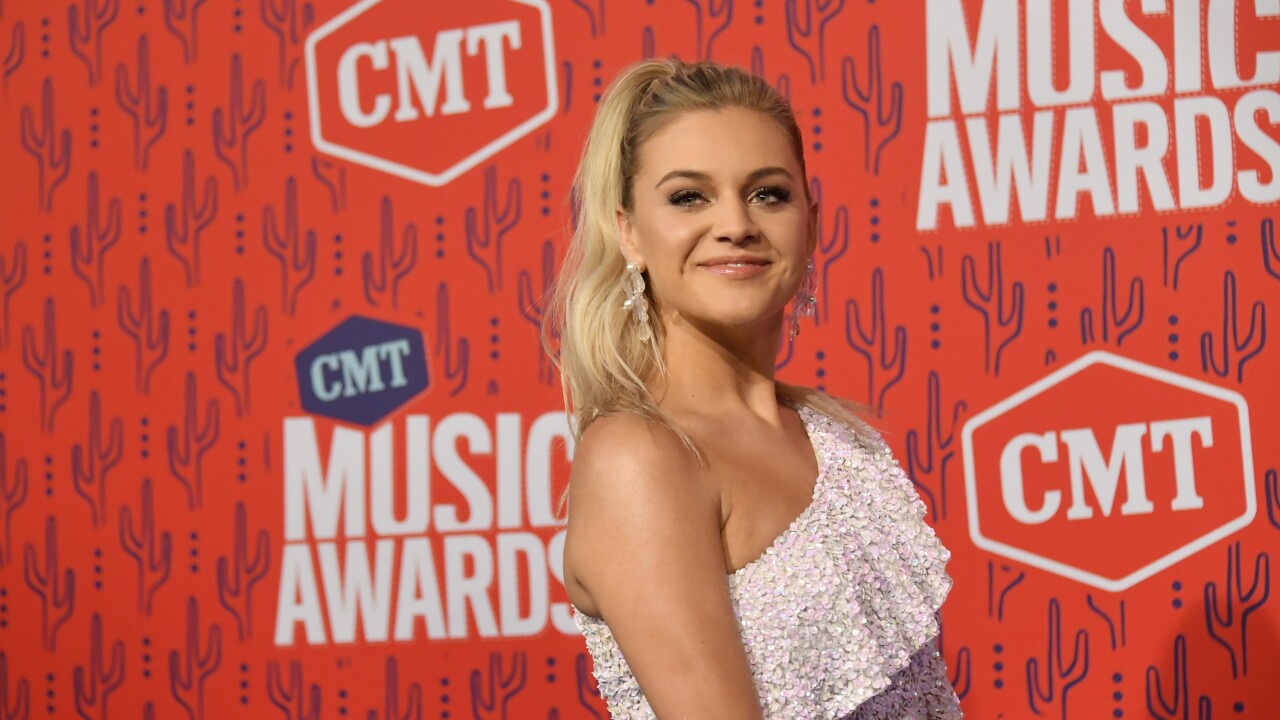 NASHVILLE, Tenn. (WTVF) — The month of January has been filled with conversations about gender inequality in Country Music on social media, TV, and in the music industry.

The conversation blew up with artists weighing in after a tweet from a Michigan radio station on Wednesday, January 15.

"We cannot play two females back to back. Not even Lady Antebellum or Little Big Town against another female." The tweet read in part, replying to another tweet.

That tweet had responses from plenty of fans, as well as some artists who were obviously upset.

To all the ladies that bust their asses to have half the opportunities that men do, I’m really sorry that in 2020, after YEARS of conversation of equal play, there are still some companies that make their stations play by these rules. It’s unfair and it’s incredibly disappointing https://t.co/95CtnVLlHh

And yet, they can play 18 dudes who sound exactly the same back to back. Makes total sense.

On the same day that the tweet was sent, Full Frontal with Samantha Bee aired a segment called "Sexism In Country Music" where two reporters visited Nashville and talked to numerous prominent female artists about inequality in the music industry.

The show pointed out that Country is one of America's favorite music genres, and recently, the inequality in radio play has grown larger.

"Since 2000, there's been a 66% decline in songs by women artists on Country radio," the show reported.

CMT's Leslie Fram, SVP of Music & Talent, appeared on the show and said that she hopes something can be done, and on Tuesday, January 21st, CMT pledged to work for change.

“Time is really up in 2020! All the talk around what can be done to support females in country music needs to transform into action, once and for all,” Fram said through a press release. “At CMT, we are stepping up our own commitments, in addition to our work through the CMT Next Women of Country franchise, and will be announcing a new initiative in the coming weeks that will spark this much-needed change in our industry.”

CMT added that additional initiatives will be announced within the coming weeks to create action and change in our industry.