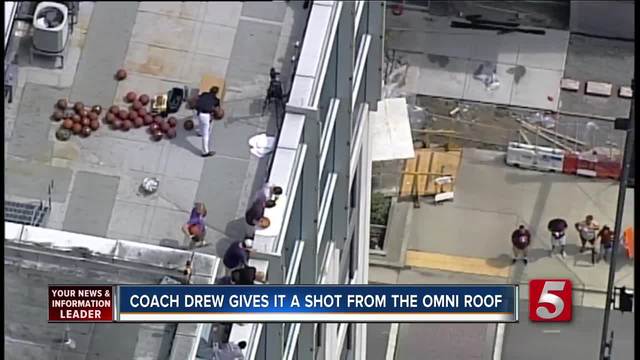 A new world record was broke in Nashville. Basketball coach Drew Maddux made a shot blindfolded from 362 feet in the air. 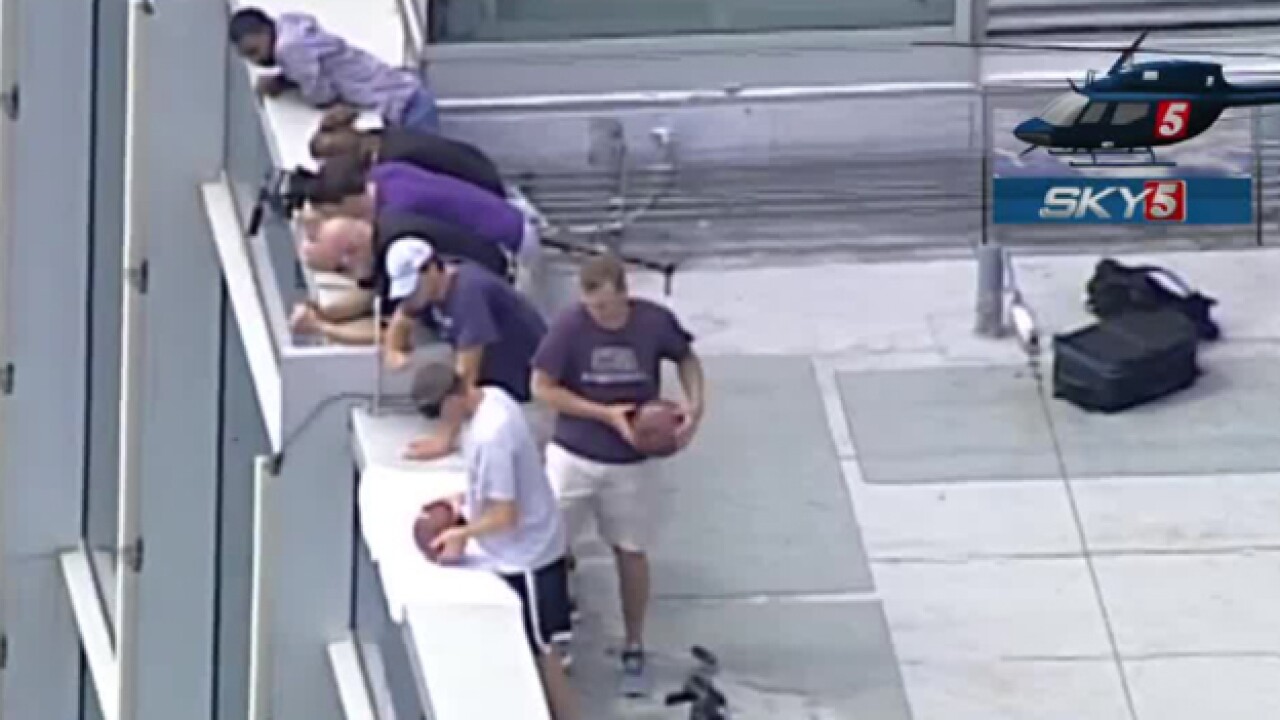 A new world record was broken in Nashville. Basketball coach Drew Maddux made a shot blindfolded from 362 feet in the air.

Maddux coaches the Christ Presbyterian Academy Lions. He's been making trick shots for years, and recently a video of him thrilling students with a trick shot at a basketball camp went viral.

On Friday he tried to make a shot from the roof of the Omi Hotel in downtown Nashville. The basketball hoop was down below on 5th Avenue.

After hours and 355 attempts, Maddux made the shot.

We made it! New world record!!!

He tried so many times, that the hoop actually bent from falling to the ground so many times. Balls were spotted landing in trees and even hitting someone with his group in the head.