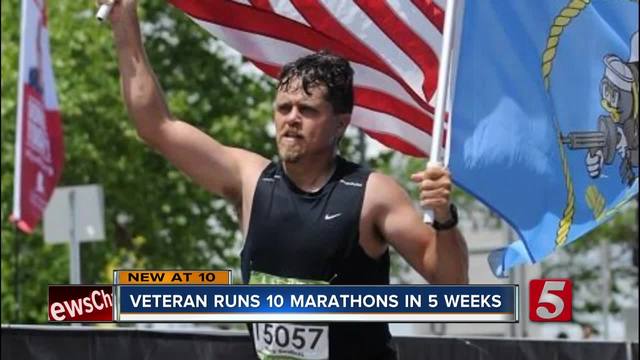 A veteran wounded in the line of duty, who was told he would never run again is gearing up to run a marathon in Nashville. 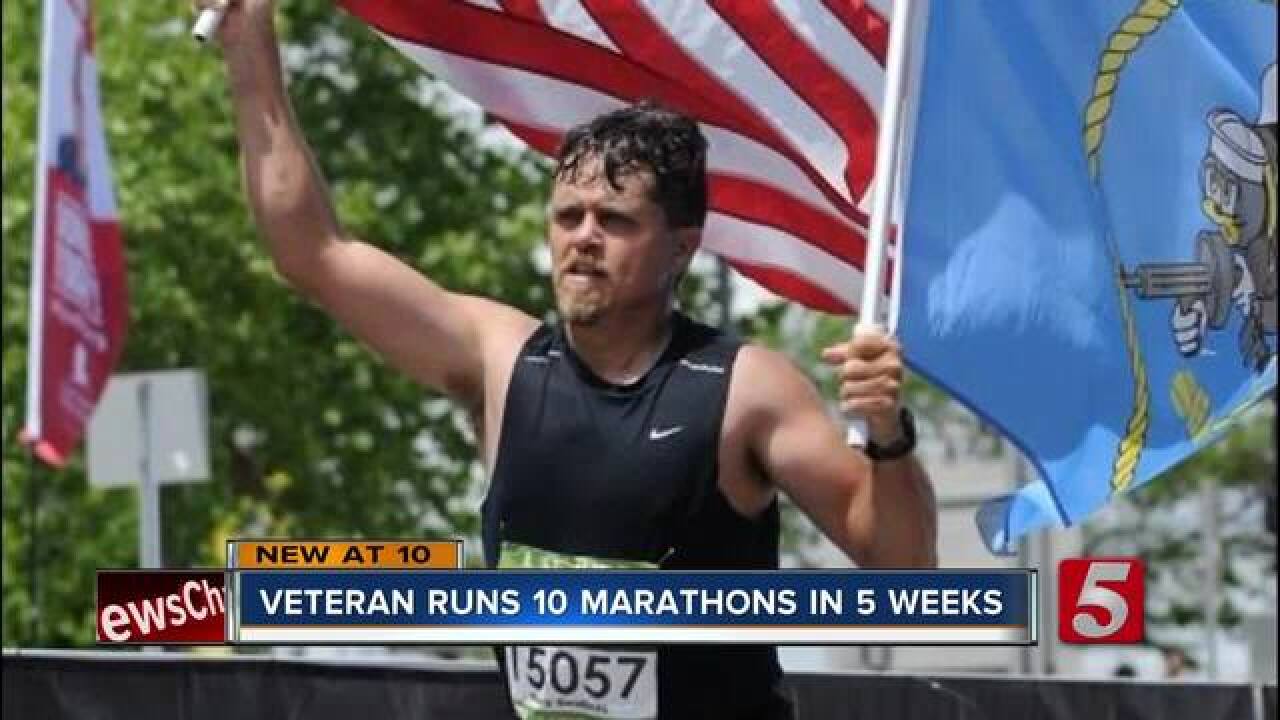 A veteran wounded in the line of duty, who was told he would never run again is gearing up to run a marathon in Nashville.

Randy Woodward, of Smynra, is in the process of running 10 marathons in 5 weeks.  He will complete each 26.2 mile run while carrying an 8 foot by 5 foot American flag.

“It’s been really great,” said Randy Woodward.  “It will be something to look back on and say you did it.  You finished it.”

Woodward has already completed marathons in Kansas City, Des Moines, Lexington, Virginia, Arlington, Virginia, Savannah, and Bowling Green.  He has plans to run in future events in Louisville, Ft. Benning, Georgia and another in Nashville.

Woodward was on his second tour in Iraq when he was hit by a roadside bomb. He spent nine months in hospitals recovering.  At the time, doctors told him he would never run again.

“Fortunately, I have all my limbs,” said Woodward.  “I’m blessed and thankful for that.”

Woodward was awarded a Purple Heart for his bravery.

Having run a marathon before his injury, Woodward was determined to run again.  After recovering, he set his sights on the bold decision to run back to back marathons over the course of consecutive weeks.

At each stop, Woodward’s efforts and his American flag has been getting a lot of attention.

“I got just an outpouring of support from people,” said Woodward.  “It’s been really great.”

Woodward said the reason he is running is to spread patriotism, and he hopes his efforts inspire others.

“There is just so much divide in this country, and there is so much hate,” said Woodward.  “It would be nice to see people follow something more positive.”

Runners participating in the Nashville Marathon will line up at 7 a.m. at First Tennessee Park.  The run starts and finishes at the stadium.  It benefits Gilda’s Club.