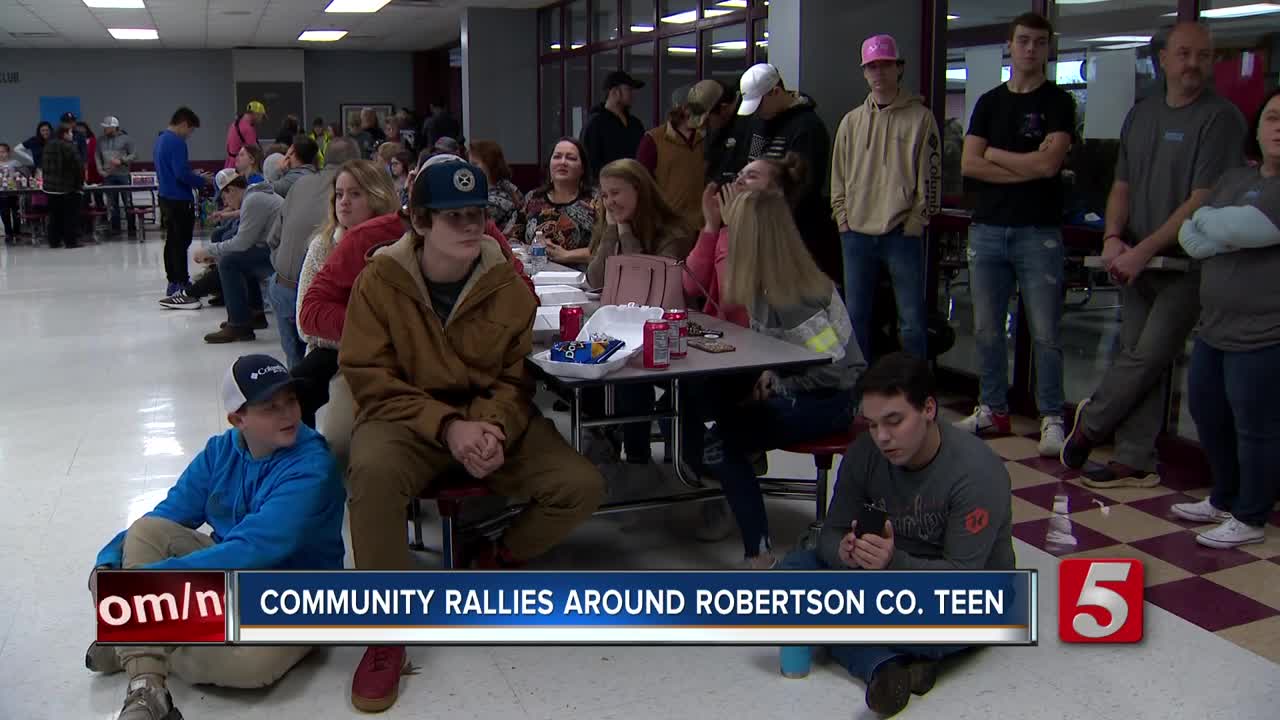 People filled East Robertson High School on Saturday afternoon to show their support and raise money for a Robertson County teenager who was hit by a car earlier this month.

CROSS PLAINS, Tenn. (WTVF) — People filled East Robertson High School on Saturday afternoon to show their support and raise money for a Robertson County teenager who was hit by a car earlier this month.

"Just to see it is unbelievable," Amy Martin, one of the benefit's organizers said.

Family members said Tuff Slate, 14, was at a birthday party in Orlinda, Tenn. on Nov. 17 when he was hit by a passing car. Tuff's father, Toby, got emotional as he recalled the night.

"We were able to meet LifeFlight at Orlinda Park, and we were able to see them load him on the helicopter," Toby Slate said. "No parent should ever have to do that."

Tuff was taken to Vanderbilt University Medical Center in very critical condition. On Saturday, Tuff was still at recovering at VUMC.

While Tuff recovered, his friends and family came together to support him at a fundraiser that filled the halls of the high school.

"I was floored, it was overwhelming the amount of people that came out for Tuff," Toby Slate said.

The benefit had a bake sale and a silent auction. Attendees could buy a lunch and listen to music as well. At one point a family friend made a call for donations and raised $1,400 in a matter of minutes.

"This community is amazing," Toby said. "It's like a big family, it was absolutely overwhelming."