Community in mourning after murder-suicide

Multiple country stars performed in Nashville to support a foundation helping the families who lost someone in the Las Vegas mass shooting. 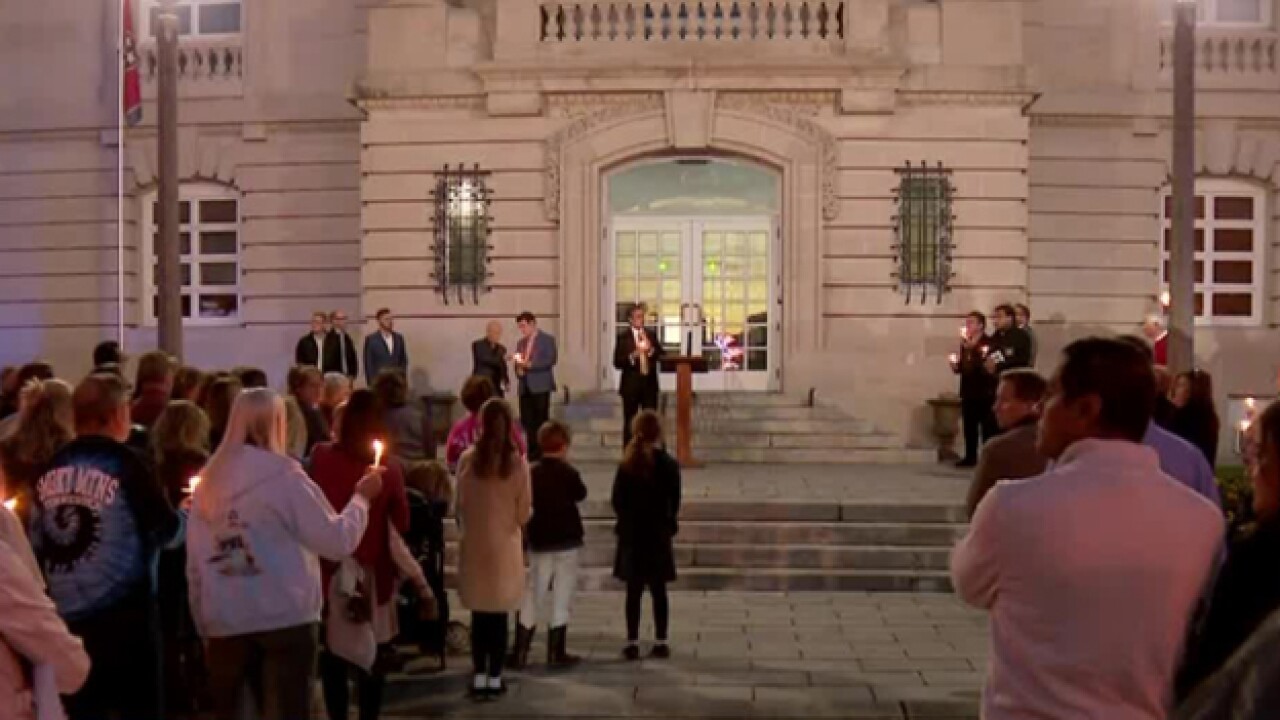 More than 100 people in the Columbia community gathered Tuesday evening to mourn the loss of five members of their community after a mother shot and killed her four adopted children before turning the gun on herself.

The vigil in the center of the town was not a normal vigil. Most of hte people there did not know the family personally, but the vigil was just as important as any other.

Instead of just focusing on the lives lost, Mayor Andy Ogles wanted to honor the the first responders who responded to the scene and continue to work the case, as well as take a look at issues that could have surrounded the horrific event.

"Bringing awareness to mental health issues and suicide seemed appropriate and it was much needed quite frankly," Ogles said. "We'll never fully be able to understand how this could happen, how a mother could be so distraught to take her own life and the lives of her children."

The hope was that together, the community can grow stronger together and lift each other up, so hopefully in teh future, something like this won't happen again.

A GoFundMe has been set up to help pay for funeral expenses for the family.

If you or someone you know is dealing with thoughts of suicide, you're encouraged to reach out to the National Suicide Prevention Lifeline at 1-800-273-8255 or visit their website.