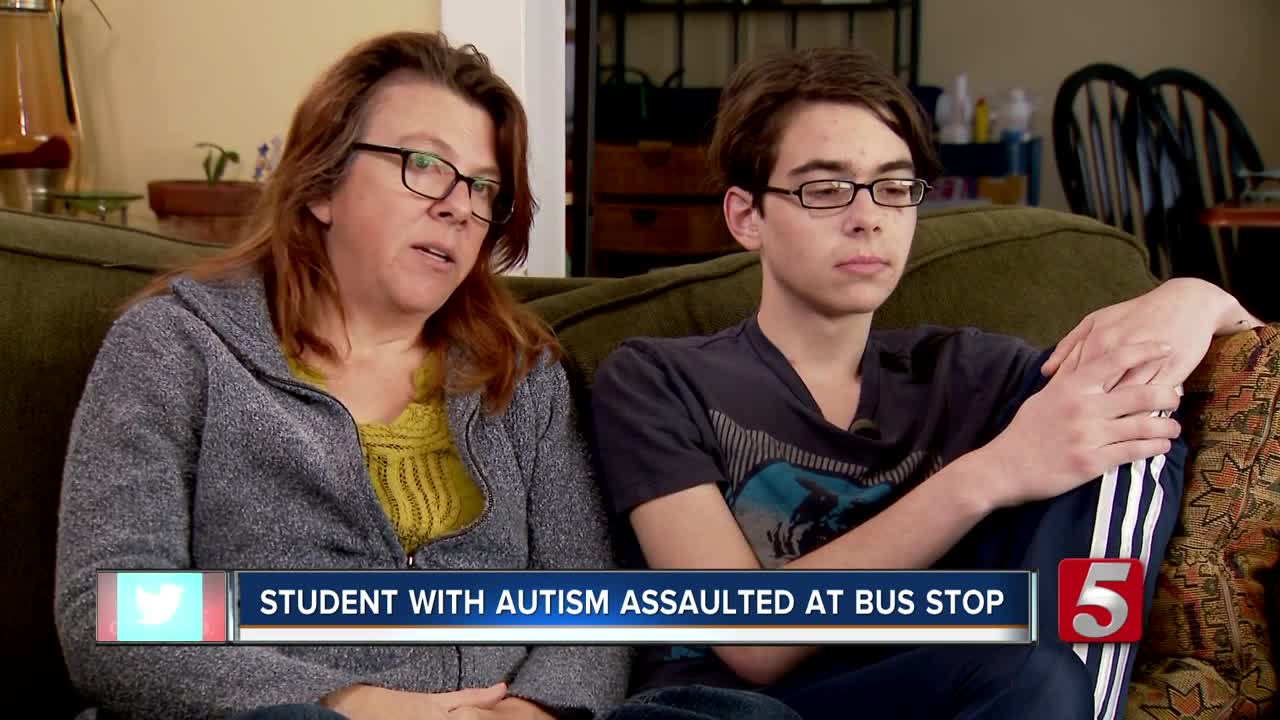 The East Nashville community is rallying behind a family after a 17-year-old student was punched in the face at a bus stop on his way home from school on Tuesday. 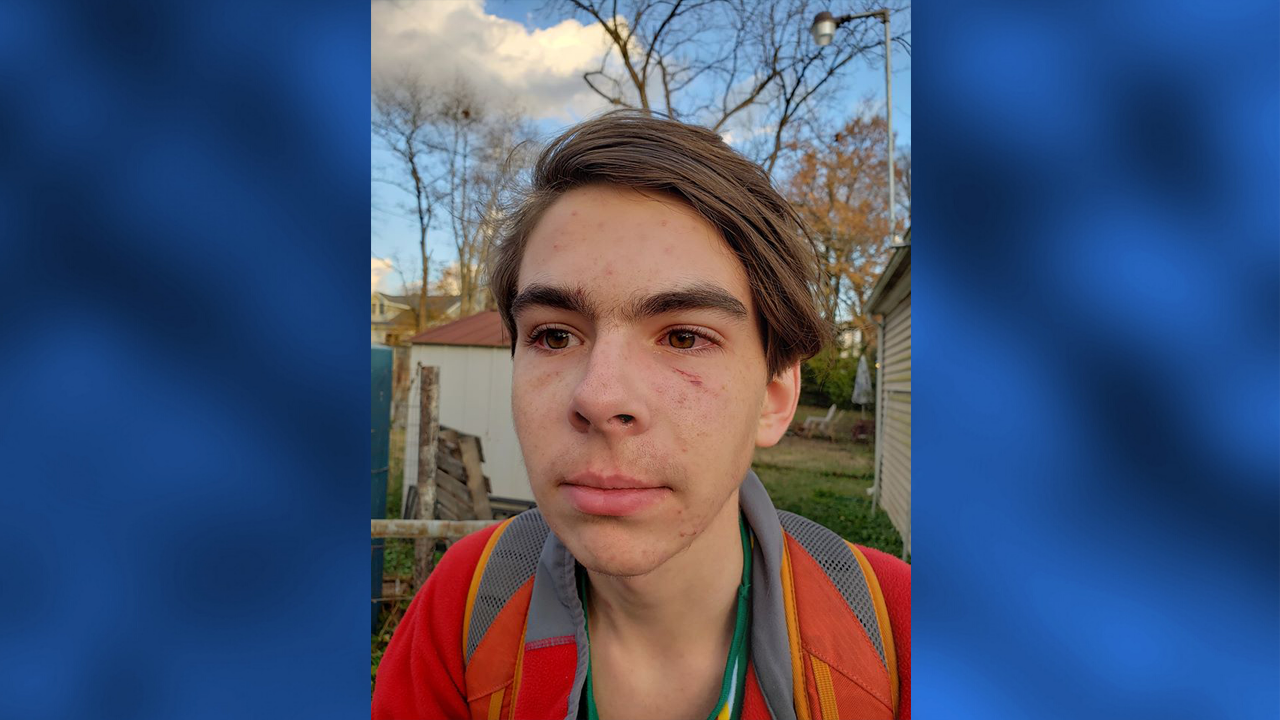 NASHVILLE, Tenn. (WTVF) — The East Nashville community is rallying behind a family after a 17-year-old student with autism was punched in the face at a bus stop on his way home from school on Tuesday.

The student, Jackson Darden, was heading home from Martin Luther King Junior Magnet High School and had to switch buses at Music City Central, which is when he confronted his attacker.

“I guess I got in front of this dude, because he shoved me out of the way to get on the bus," Darden explained. “He just looked like he wanted to go off on someone.”

Once on the bus, Darden said that the older teen, who Darden said looked like he was 18 or 19, continued to give him a hard time. “He got like up close to me and asked where I was going, where I was getting off. I said, 'nowhere you’d be interested in.'”

The bus route took Darden through East Nashville to his stop on Gallatin Avenue. By the time the bus had arrived, Darden had already forgotten about the confrontation about 20 minutes earlier, but the teen had not left.

“Dude followed me off, like, got off, threw his backpack on the ground and got up in my face repeatedly shouting, 'Say you’re sorry. Say you’re sorry.'” Darden tried to diffuse the situation. "I said, 'can we not do this here? I just want to go home.'”

That's when thing escalated to a violent level.

“He punched my glasses off my face," Darden said, adding that he tried to knock his laptop out of his arms as well. “Dude walked over to my glasses, said swears, and then crushed them and stomped on them.”

Unfortunately there was no one that was able to come to Darden's aid, although he did report that people on the bus tried to help.

“I heard someone on the bus shouting ‘open the doors,'" Darden said, but the bus drove off without letting anyone else off.

Luckily, the assailant left the scene without attacking Darden any further, and Darden was able to make his way home where his mother called police and a report was filed.

“I just did not understand why this happened, like, what did I do?” Darden questioned the next day. “It’s disappointing frankly, like, people are better than this, or if they aren’t, they really should be.”

Darden's mother, Cham Lansford, posted about the incident on the East Nashville Facebook page, and that's when a horrible incident turned into a community rallying around one of their own.

The post quickly had hundreds of comments supporting Darden and sending good messages his way. People even offered to buy him new glasses.

“Seeing over 1,400 hundred positive responses versus one jerk means, you know, I mean, 1,400 to one is pretty good odds! The world is full of good people," Lansford said.

People on Facebook also reached out saying they were on the bus at the time and asked the bus driver to stop and open the doors so they could help, but because that didn't happen, all they were able to do was relay all the information they had about the suspect.

“From what I understand, this kid’s normal stop is up in RiverGate, not here in East Nashville," Lansford said.

This situation is extremely alarming according to Lansford because it was thought out and planned. It wasn't just a moment of rage, but rather a long period of rage directed at a random person.

“To think about and plan how you’re going to hurt somebody, that’s a problem," Lansford said of the situation. “As soon as my son got off the bus, this guy hoofed it out. I mean, he watched and he waited so he could do something.”

Police are currently searching for the suspect. Anyone with information on who could be responsible or any witnesses to the crime are asked to reach out to police.